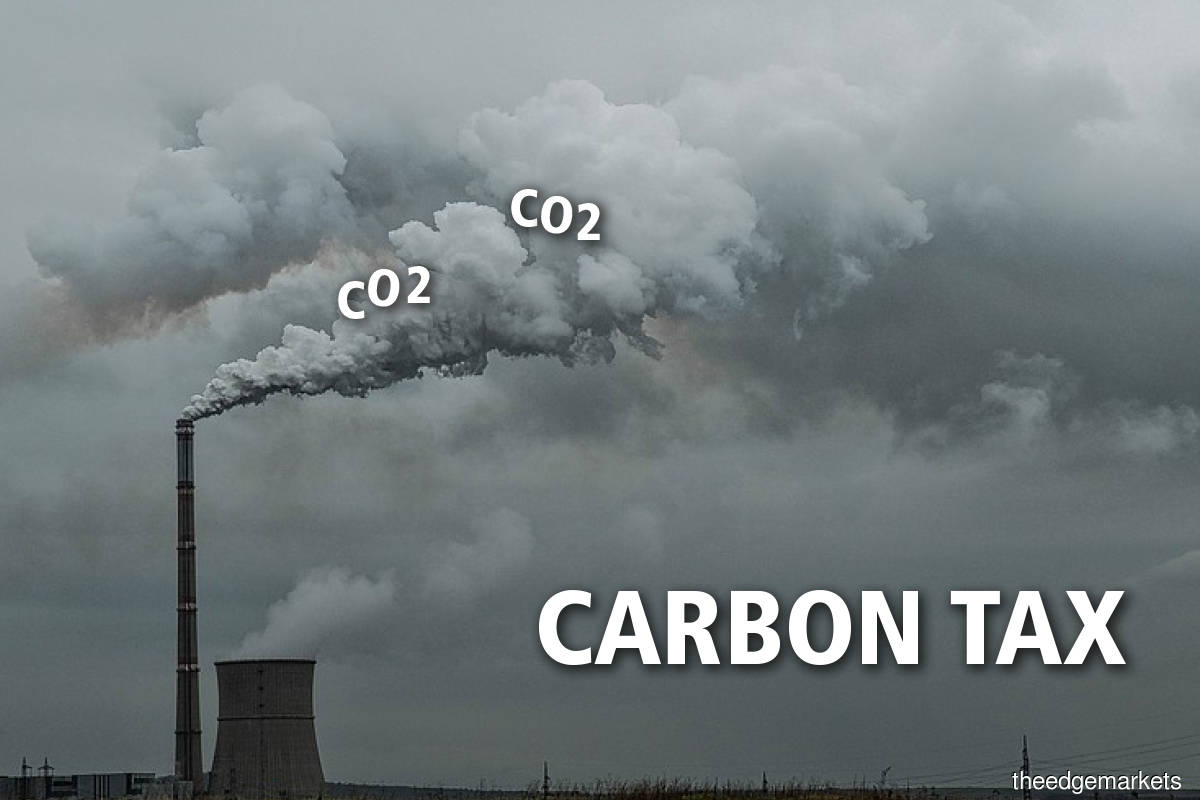 THERE is probably never an appropriate time for a country to introduce carbon pricing or carbon tax but, if done right, it can bring benefits, experts say ahead of a key climate change conference that kicked off on Oct 31.

At the 26th UN Climate Change Conference (COP26), which will be held in Glasgow, Scotland, until Nov 12, nations around the world will be counted on to commit to new or tougher targets to help limit the rise in global temperatures to 1.5°C.

“There is probably never an appropriate time to introduce a new tax … but carbon pricing is important, and carbon tax is one way of doing that,” said HSBC’s global head of environmental, social and governance (ESG) research Wai-Shin Chan.

“Introducing a carbon tax, and calling it a carbon tax, at a time when we’re all struggling with the pandemic and going through economic recovery may be challenging, absolutely. But it often depends on what those taxes are used for — if it’s just another tax, it’s possibly not a good thing, but if it’s used to help citizens, businesses, SMEs (small and medium enterprises) make themselves more climate change-ready in terms of embedding resilience for adaptation, or to help them with decarbonisation strategies, then that is very possibly very good use of the money raised.

“It’s carbon pricing, without calling it a carbon tax. So, it has to be introduced thoughtfully, with possible reductions in taxes elsewhere.” Chan was speaking at a webinar on COP26 and Asia’s renewable energy goals last Thursday. The panellists comprised HSBC economists and strategists.

Chan pointed out that while carbon taxes make it more expensive for emitters to pollute the environment, they do not actually address the cap on carbon emissions. “So, that’s one thing to be addressed.”

He noted that COP26 was widely seen as “the world’s last chance” to get onto the net zero emissions trajectory by 2030 and keep temperature rises below 1.5°C, in line with the Paris Agreement.

Prime Minister Datuk Seri Ismail Sabri Yaakob had in September, when tabling the 12th Malaysia Plan for 2021-2025, expressed a commitment for Malaysia to be a carbon-neutral country by as early as 2050. He said economic instruments such as carbon pricing and carbon tax would be introduced, while details of other measures for carbon reduction would be announced after the study of the Long-Term Low Emission Development Strategy is finalised at end-2022.

It is understood that Malaysia currently contributes 0.7% of the world’s total greenhouse gas emissions.

He also said the country hopes to raise its renewable energy capacity to 31% of total capacity by 2025.

According to Joseph Incalcaterra, HSBC’s chief economist for Asean, Malaysia does appear to be lagging behind its peers in the region in terms of renewable energy targets. This is not really surprising, he said, considering the country’s political uncertainties in recent years and the fact that it is an energy-producing nation.

Incalcaterra said: “In the case of Malaysia, we know there’s been quite a volatile political scenario over the last few years, so it’s probably very hard to do this type of long-term planning, especially because energy transition is a relatively new topic. So, the hope is that in this coming Budget 2022, we see [some talk] about energy and, perhaps, eventually a carbon tax.

“But I don’t think the time is going to be now because the Malaysian government has been very clear that it does not want to introduce new taxes at this stage of the [economic] recovery.”

Indeed, Budget 2022, which the government unveiled last Friday evening, did not include a carbon tax. It did include, however, initiatives aimed at helping the country achieve its carbon-neutral target. For example, Bursa Malaysia is expected to launch a Voluntary Carbon Market, which will function as a voluntary platform for carbon credit trading between green-asset entities and other entities.

In addition, the government will provide full exemption on the import, excise duties and sales tax for electric vehicles, while Bank Negara Malaysia will allocate RM1 billion to assist SMEs in adopting sustainable and low-carbon practices.

Incalcaterra noted that the current energy crisis playing out in China and Europe has been positive for Malaysia. The crisis, caused by an acute energy shortage, has resulted in oil, gas, coal and power prices around the world rising to new highs.

“The energy crunch is clearly a positive for natural gas exporters like Indonesia and Malaysia, especially Indonesia, which is the world’s largest coal exporter, and it is also creating some issues. But the one thing we would caution is not to look too much into this bonanza, because as much as coal prices are high now, and they’ll probably stay high next year, this is not going to be something that is sustainable. So, hopefully, this short-term trend doesn’t sway policymakers’ thinking too much,” he said, noting that coal demand in Asia is expected to peak in 2023 or 2024.

“Renewable energy, by contrast, when combined with energy storage for reliability, is a much more stable-priced form of energy. This is because the operating costs are very low, with no fuel to burn, so the price of energy produced by a wind or solar farm is the product of the project capital cost, average wind or solar energy input, and the useful life of the equipment,” Webber said.

“While the construction costs of renewable energy are going up, they are not rising nearly as much as the costs of power generated by fossil fuel. As such, the future economic competitiveness of renewables is improving dramatically.”