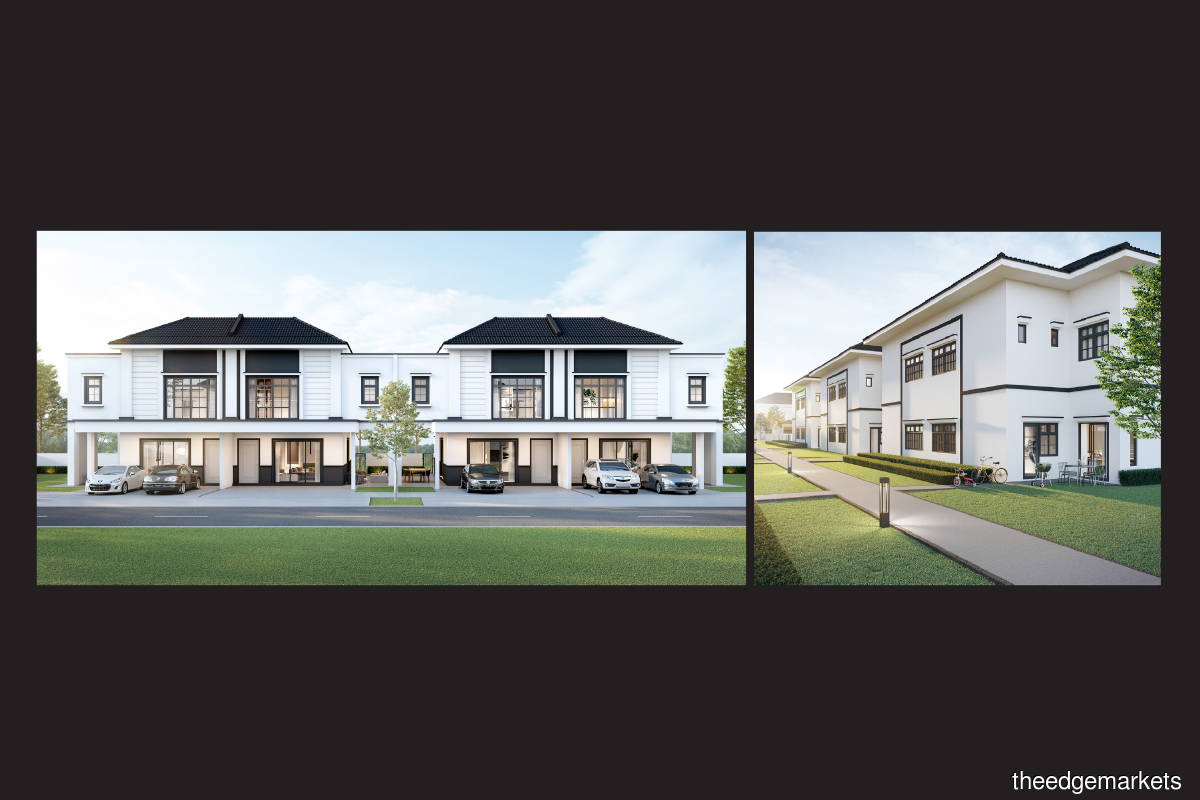 The 200-acre Eco Botanic 2 will have a total of 1,676 units of double-storey terraced houses, 108 units of three-storey shop offices and commercial land (Photo by EcoWorld)

The Tate and The Borough, the latest phases at Eco Botanic 2 in Iskandar Puteri, Johor, have been 99% and 70% sold respectively.

The township is being developed by Eco World Development Group Bhd (EcoWorld). Following the success of these phases launched in March and April of this year respectively, the group plans to release the second batch of units in The Borough in 1Q2022.

“The strong take-up for Eco Botanic 2 is a testament to the fact that the demand for homes among the middle 40% (M40) group is still high. The homes at Eco Botanic 2 are very attainable for young M40 families and coupled with the Home Ownership Campaign, we hope that the positive sales momentum experienced by the group will steadily continue,” says Eco World Development Group president and CEO Datuk Chang Khim Wah in an email.

Chang is confident that the launch of the remaining 213 units  in The Borough in 1Q2022 will be well received. Chang: The strong take-up for Eco Botanic 2 is a testament to the fact that the demand for homes among the middle 40% group is still high (Photo by EcoWorld)

The 200-acre Eco Botanic 2 has a gross development value (GDV) of RM1.67 billion. The freehold mixed township will have a total of 1,676 units of double-storey terraced houses, 108 units of three-storey shop offices and commercial land. It is an extension of the first Eco Botanic township — launched in 2015 and is located next to it — which is due to be completed in five years.

Addressing market trends that have emerged in the Covid-19 pandemic, Chang says: “With more and more people adopting the work from home culture, homeowners are increasingly drawn to the many unique selling points of EcoWorld’s developments, featuring its signature DNA and the comprehensive lifestyle amenities available within a 10km radius of each project.”