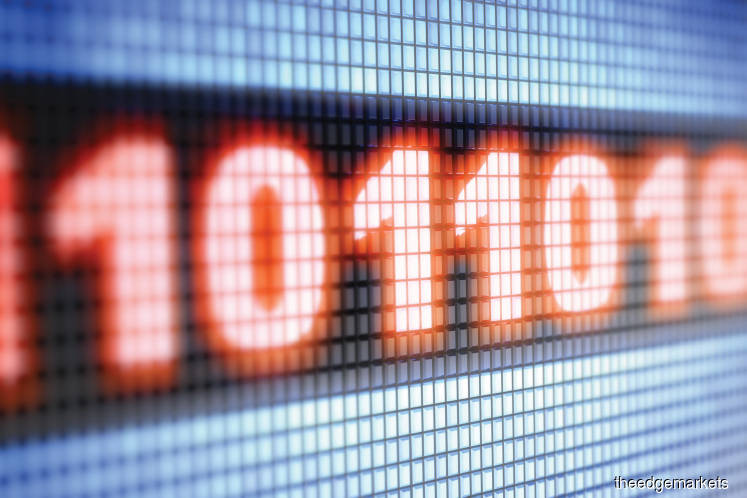 In the beginning was the word, and the word was binary. It was also called a binary digit, expressed by either a “0” or “1”. Then came digitisation — or conversion of sounds and pictures into binary digits — so that the computer could read.

Digitisation led to the next step, digitalisation, or the process by which traditional applications could be digitised. For example, an ordinary wrist-watch shows the time. Casio put electronics into it and “digitised” it. Apple, Google and Samsung put apps on it and made it a smartwatch, effectively leading to the chronograph’s “digitalisation”.

Now, there is yet another layer: digital transformation, or DX. That is a loose term meaning the application of digital tools and technologies to impact all aspects of the business or enterprise. Right from the supply chain (maybe using the Internet of Things and radio-frequency identification) to customer contact (with social media, e-commerce and smart CRM) to marketing and sales (using big data analytics and artificial intelligence tools).

Is DX just a new buzzword, or is there meat in the matter? Is DX a new corporate mantra?

Not quite. Its origins go way back to 1976 when Harvard University professor Daniel Bell forecast the coming of the digital age in his iconic book, The Coming of Post-Industrial Society: A Venture in Social Forecasting. Bell wrote that DX would be nothing less than the transformation wrought by the Industrial Revolution.

industrial society would give rise to a “knowledge class”, foster a change from goods to services and enhance the role of women.

Bell has been proven right, some 40 years after his book was first published, with AI, big data, cloud (ABC) gaining prominence not just in business but also in most governments around the world.

“The smart grid is a compelling example of these forces at work. Today’s electric-power grid — composed of billions of electric meters, transformers, capacitors, phasor measurement units and power lines — is perhaps the largest and most complex machine ever developed. An estimated US$2 trillion is being spent this decade to ‘sensor’ that value chain by upgrading or replacing the multitude of devices in the grid infrastructure so that all of them are remotely machine addressable,” notes a McKinsey study.

Are companies getting DX-ed? Last year, McKinsey & Co reported that on average, industries are less than 40% digitised, despite the relatively deep penetration of these technologies in media, retail and high-tech.

Is DX a corporate fad? It does not seem so. Global spend on DX technologies will cross US$1.2 trillion this year, up 17.8% from 2016, says IDC Corp. In fact, enterprises will continue to invest at a compound annual growth rate (CAGR) of 17.9% between now and 2020, with DX spend set to reach US$2 trillion by then. The fastest growth will come from investments in cloud infrastructure (CAGR: 29.4%), business services (CAGR: 22%) and enterprise applications (CAGR: 21.8%).

“Asia-Pacific ex-Japan will see the largest investments in DX technologies this year and will account for 37% of the global total. DX spend in this region will be led by the discrete and process manufacturing industries, as well as professional services firms,” says Gard Little, IDC’s research director for global services markets and trends.

Are CEOs ready to embrace the DX revolution? Gartner says 42% of CEOs have started the digital business transformation journey. “Many CEOs have recognised that being open-minded, entrepreneurial, adaptable and collaborative are the most needed digital leadership mindsets,” says Mark Raskino, a vice-president and fellow at Gartner.

“It is time for CEOs to scale up their digital business ambition and let chief information officers (CIOs) help them set and track incisive success metrics and key performance indicators (KPIs) to better direct business transformation. CIOs should also help them towards more abstract thinking about the nature of digital business change and how to lead it. The disruption it brings often cannot be dealt with wholly within existing frames of reference.”

Have Malaysian companies started their DX journey? Last year, about 7% of Malaysia’s gross domestic product was derived from digital products and services created directly with the use of digital technologies such as mobility, cloud, IoT, and AI. By 2021, DX will add an estimated US$10 billion to the country’s GDP and increase the growth rate by 0.6% on an annual basis.

That prognosis comes from a new business study produced by Microsoft Corp in partnership with IDC Asia-Pacific. “Malaysia is clearly on the digital transformation fast-track. Within the next four years, we expect to see about 45% of Malaysia’s GDP derived from digital products and services. Organisations in Asia-Pacific are also deploying emerging technologies such as AI as part of their DX initiatives, and that will accelerate growth even further,” says K Raman, managing director of Microsoft Malaysia.

The survey polled 1,560 decision-makers in mid-sized to large companies across 15 economies in Asia-Pacific, including 100 respondents from Malaysia. As many as 85% of the companies in the country have started their DX journey, but only 7% in Asia-Pacific can be classified as leaders, the survey notes. What qualifies them to be DX leaders? At least 33% of their revenue should be derived from digital products and services.

“By 2021, at least 48% of Southeast Asia’s GDP will be derived from digital products and services, with growth in every industry driven by digitally enhanced offerings, operations and relationships,” says Daniel-Zoe Jimenez, IDC’s research director of DX practice for Asia-Pacific.

“The study shows that ‘leaders’ see double the benefits of ‘followers’, with improvements in productivity, cost reduction and customer advocacy. To remain competitive, organisations must establish new metrics, realign organisation structures and re-architect their technology platforms.”

Everything looks rosy at the macro level. What about the micro level? Early this year, Malaysia Airports Holdings Bhd tied up with Canada-based OpenText to set up a DX framework for the Kuala Lumpur International Airport (KLIA). The plan: develop intelligent automation, do predictive analytics and enhance digital services for passengers at KLIA and klia2. The process: collate data from various systems, analyse it using AI and machine learning using what is called a Unified Data Platform (UDP).

“Through the UDP, we plan to deliver effective engagement and achieve all-round operational efficiency that we can extend to our passengers. The project will be executed in phases, through a big data analytics and digital platform that will contribute to the Total Airport Experience strategic pillar outlined in our five-year business plan,” says Malaysia Airports chief strategy officer Azli Mohamed.

While Malaysia Airports is just taxiing on its DX journey, other local companies have already taken off. The high-flyer is Astro Malaysia Holdings Bhd, which in October last year won at IDC Asean’s first-ever Digital Transformation Awards (DXa) and was named Digital Transformer of the Year 2017. The company was voted as being customer-centric, digital, cloud and mobile-first and an analytics-driven organisation.

Two other Malaysian enterprises also made it beyond the runway, so to speak. Grab won Asean’s Digital Disruptor of the Year DXa for its carpooling and ride-hailing app that has disrupted the transport sector across Asean. Alliance Bank Malaysia Bhd bagged the Leader: Omni-Experience Innovation DXa for its Cash2Home initiative — a first-in-

“More than 90% of the enterprises in Malaysia recognise the importance of digital transformation in transitioning to the new digital economy. Now, almost 25% of the companies are working on DX strategies and projects in the country,” says Pranabesh Nath, research director at IDC Malaysia.

Where does the actual DX journey begin in an organisation? At the very top, at the board level, notes McKinsey. But that is also the most vulnerable place, given the average age of most board members around the world, as well as their backgrounds. They are not quite digitally savvy, or even ready.

The global consulting firm quoted a recent Russell Reynolds survey that reported only 4% of global 500 companies truly have a board that is digitally ready. It is even fewer in Asia-Pacific and under 25% in the US alone. So, there is still a long way to go.

“To make a digital transformation happen, you need complete alignment — from the board to the executive team to the whole organisation. Without that ‘air cover’ from the board and shareholders who understand the change that you are taking the organisation through, it is very, very hard to do it successfully,” writes James Bilefield, a serial digital entrepreneur and a senior adviser to McKinsey.

For example, many board meetings are backward-looking in their approach. The data they are looking at is often a little old and they are not looking at live data.

“Many board members are often not active customers of the company’s products or services. I think there is a new generation of board director emerging that is much more hands-on, with a more entrepreneurial background. You mix that with some of the more traditional board profiles and you get greater diversity on the board,” Bilefield notes.

The bottom line for Malaysia: DX is not a fad. DX is digital transformation with data at its core. DX is a journey that Malaysian enterprises and government agencies need to begin — to transform not just the way we work but also the way we think. Intuition and innovation will be some of the key by-products of our DX drive.