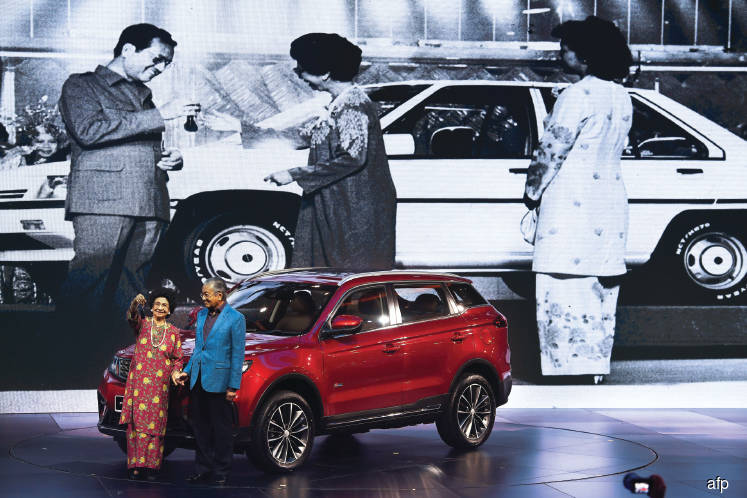 Question: What is an iota? Answer: It depends on who you ask.

A linguist would say an iota is the smallest letter of the Greek alphabet. An astronomer would spell it out as the Infrared Optical Telescope Array, located in the Arizona desert for stellar research.

A government official in the EU would think iota stands for the Intra-European Organisation of Tax Administrations. A medical professional would assume it refers to the International Ovarian Tumour Analysis group, which focuses on defining the right terminology.

A Bibliophile would quote from its interpretation in the Bible (Matthew 5:18): “For truly, I say to you, until heaven and earth pass away, not an iota, not a dot, will pass from the Law until all is accomplished.” And finally, a computer scientist would say Iota (and Jot) are two esoteric computer programming languages.

For our purposes of the Economy 4.0 discussion, an iota is a tiny amount, a scintilla, or something so small that it is insignificant. That definition fits the Internet of Things (IoT) nicely. These can be tiny devices or even chips or microprocessors embedded in devices that either collect data or broadcast changes in the environment they are monitoring, or whatever else they are programmed to check. Individually, they may be tiny, cheap, dumb and useless. Collectively, working together in cognisance in a network, they are about to change the world.

“The adoption of IoT is happening across industries, in governments and in consumers’ daily lives. We are increasingly observing how data generated by connected devices is helping businesses run more efficiently, gain insight into business processes and make real-time decisions. For consumers, access to data is changing how they are informed about the status of households, vehicles and family members, as well as their own health and fitness,” says Carrie MacGillivray, global vice-president of IoT and mobility at International Data Corp (IDC).

Worldwide spending on IoT is forecast to reach US$745 billion this year, an increase of 15.4% from the US$646 billion spent last year, according to a new update from IDC. The research agency expects global IoT spend to gallop at double-digit annual growth until 2022, when it crosses the US$1 trillion mark.

Bain & Co predicts that by 2020, the global market for IoT (including devices, software, hardware and services) will exceed US$470 billion. Industrial giant General Electric Corp has the biggest number so far. It says investments in the Industrial Internet of Things (IIoT) will reach US$60 trillion in the next 15 years.

“The next chapter of IoT is just beginning as we see a shift from digitally enabling the physical to automating and augmenting the human experience with a connected world,” says MacGillivray.

What about Malaysia? The IoT market has immense potential and some companies are betting top dollar on it. Celcom Axiata Bhd is set to invest RM100 million over the next five years on its IoT Centre of Excellence and related infrastructure in Malaysia. Of that, about RM70 million will go to boost network speeds and technology, RM20 million will be set aside for R&D and RM10 million will be used to build platforms to handle IoT traffic.

What kind of traffic? Smart metering, for one. IoT sensors in electricity meters and devices can switch off appliances when one leaves the room, or even let users programme power consumption limits to save money or energy. Another hot use could be in smart vehicles such as cars and trucks. For example, IoT devices can monitor fuel consumption, oil leakage and device defects.

Utilities and transport are the two leading sectors ripe for the IoT invasion, as corroborated by IDC. The hottest prospects are in the IIoT arena. In pole position is discrete manufacturing (US$119 billion spend on IoT last year), followed by process manufacturing (US$78 billion), transport (US$71 billion) and utilities (US$61 billion).

“IoT spending among manufacturers will be largely focused on solutions that support manufacturing operations and production asset management. In transport, more than 50% of the IoT spend will go towards freight monitoring, followed by fleet management. IoT spending in the utilities industry will be dominated by smart grids for electricity, gas and water,” says Marcus Torchia, global research director of customer insights and analysis at IDC.

What about the consumer side? “Consumer IoT spend will reach US$108 billion in 2019, making it the second largest industry segment. The leading consumer use cases will be related to the smart home, personal wellness and connected vehicle infotainment. Within the smart home, home automation and smart appliances will experience strong spending growth,” says Torchia.

What about small and medium enterprises (SMEs)? Are they getting into the IoT space? There is a promising one in Malaysia called N’osairis, which was founded in 2011 (it won a grant from Cradle, Malaysia’s early-stage start-up influencer). It allows IoT components such as sensors, devices and the network to connect on its NeX Platform.

The big daddy of innovation is Mimos Bhd. Last month it tied up with the big daddy of software, Microsoft Corp, to boost artificial intelligence (AI) and IoT education. For a start, a joint lab will be set up at Mimos, equipped with Microsoft’s IoT and AI tools. Workshops on IoT and AI will be offered to entrepreneurs and graduates.

“As we move towards Industry 4.0, industries are expected to benefit from technologies such as IoT and AI. At Mimos, we have had early successes in the application of these technologies in our key projects. We would like to see more technology adoption and innovation from our local industries,” says chief technology officer Thillai Raj.

How can Malaysia leverage the big global opportunities in IoT? By plugging into the global village of innovation and services. The country is already a manufacturing hub for many multinational corporations. That is a US$100 billion opportunity if Malaysia could be a testbed for manufacturing innovation in IoT.

Another hot opportunity is in freight monitoring and logistics. IDC says companies globally will spend about US$42 billion this year on IoT solutions in freight management alone.

“The IoT use cases that are expected to deliver the fastest spending growth over the 2017 to 2022 forecast period provide a picture of where other industries are making their IoT investments. These include airport facility automation (part of the transport sector), electric vehicle charging (utilities), agriculture field monitoring (resource management), bedside telemetry (healthcare) and in-store focused marketing (retail),” says IDC.

What about Asean? According to a Frost & Sullivan report, IoT spending is set to reach US$7.53 billion in 2020, up from an estimated US$1.68 billion in 2015. “The take-up rate in Asean is expected to be among the highest in the region due to lower initial IoT spending. The largest markets would still be the mature ones, including Japan, China, India and South Korea,” says Frost & Sullivan’s research manager for Asia-Pacific Mark Koh.

What about potential roadblocks? The biggest bottleneck to IoT adoption would be security, or the lack of it. Forrester Inc says many IoT-enabled devices lack even basic security. “There are many IoT standards and protocols, which create security blind spots. The scale and scope of IoT deployments hinder visibility into security incidents. There is a lack of clarity of responsibility regarding privacy and security,” says the research firm.

Who should lead this space? The US. On Aug 1 last year, the Senate introduced a bill that would set baseline security standards for the US government’s purchase and use of a broad range of IoT devices, including computers, routers and security cameras. The legislation, which also sought to remedy some widely perceived shortcomings in existing cybercrime law, was developed in direct response to a series of massive cyberattacks in 2017 that were fuelled for the most part by poorly secured IoT devices.

The IoT Cybersecurity Improvement Act of 2017 will use the US government’s buying power to signal the basic level of security that IoT devices sold to government agencies need to have. For example, the bill would require the vendors of IoT devices purchased by the federal government to ensure that the devices can be patched when security updates are available. The devices should not use hard-coded (unchangeable) passwords and vendors should ensure that the devices are free from known vulnerabilities when sold.

The bottom line: An iota of IoT can be the plethora of plenty (plethora is the opposite of iota) in the next couple of years as the number of interconnected IoT devices soars. Malaysia, being a manufacturing hub and with the basic infrastructure in place, is well poised to take advantage of the “plethora” if it takes the right steps right now.