The Edge Investment Forum on Real Estate 2018: What does location really mean? 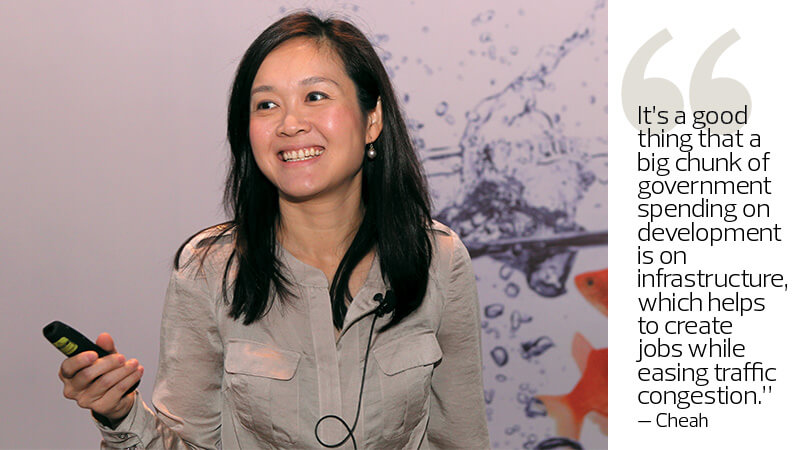 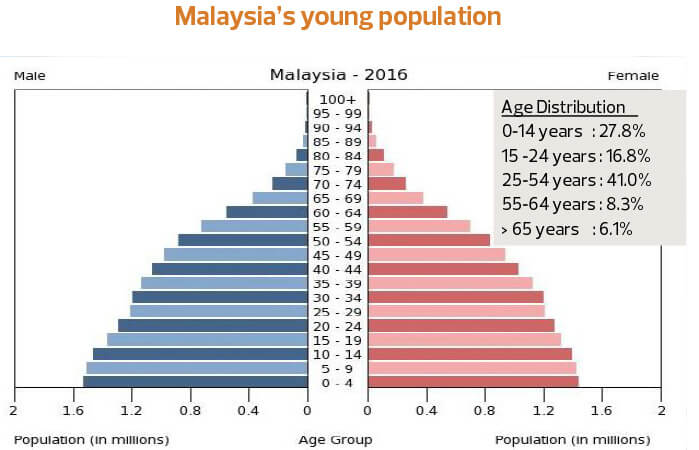 In her talk titled “Investment opportunities: Where and what?”, Sunway Bhd managing director of property division Sarena Cheah explained that the elements and characteristics that constitute a good location are accessibility and connectivity, the surrounding amenities, communities as well as smart and sustainable cities.

“As a company, we look at the country’s growth … we have been enjoying healthy growth and are projecting a more than 5% growth [this year],” she said. “It’s a good thing that a big chunk of government spending on development is on infrastructure, which helps to create jobs while easing traffic congestion. Certain parts of towns are very congested, so new public infrastructure will improve the traffic flow.”

Cheah said new infrastructure also opens up new hot spots, and not just in the Klang Valley. How­ever, final mile connectivity is the key to providing complete accessibility and connectivity convenience, she pointed out.

“All these [modes of public transport] need the final mile connection … Why would people use public transport when they can still drive? Of course, we need a transition period to change from driving to taking public transport and we still need to get used to it, but unless public transport is safe, secure and hassle-free, the adoption rate will take some time to pick up,” she said.

“However, as we have seen in many developed countries, it is the way going forward. As more people move to the urban areas, we just can’t fit in more cars. From covered walkways to shuttle buses, all these [final mile connectivity] are needed for people to move around.”

Believing that infrastructure is a game changer in real estate, Cheah hopes to see an encouraging response to developments located around mass rapid transit stations. Citing Sunway Velocity in Cheras, which is connected to two MRT stations, as an example, she said the shopping mall has seen an encouraging number of people arriving via MRT since the opening of the stations.

A participant asked why developers are not building more car parks as he feels that people will still have cars in the future, even with public transport, because of the lack of final mile connectivity.

Cheah replied that she believes car parks are still needed in the short term as people are used to driving cars. “When we develop [our projects], we look at … who we are positioning the project for. If it is for homeowners, actually we allocate up to four parking bays [per unit] in some developments.

“For TODs (transit-oriented developments), the provision of parking lots will be less. It also depends on the cost factor, which has to be balanced with consumers’ needs. In the end, I would say that it is the positioning of the product. Yes, the government should build the final mile connectivity but the private sector will also have to address the issue, or else nobody will use it (public transport).”

New infrastructure that improves accessibility — coupled with the urbanisation trend — has also contributed to a growing demand for TOD living. Cheah noted that it is driven by the desire to be closer to the source of economic activities and social amenities such as entertainment, education and healthcare.

Sunway has found that a development works well when it offers everything in one place — as in the case of Sunway Velocity, which offers TOD living with integrated mixed-use elements, she said.

“The main concern of many people would be, ‘If I am going to buy, will today’s value be retained; will it go up or go down?’ Even if the sales package is good or there are a lot of discounts, if I can’t see where the value will go then I have to be careful,” she explained.

Sunway aims to offer a more holistic and sustainable development, and for that to happen, it would be crucial for it to own most of the space in a project, said Cheah.

“For example, we control 60% of the developments in Sunway Velocity, including the hospital, shopping mall, hotel and offices. As we grow, we will be able to control how the place will become … be it the traffic, the maintenance, how the people come into the shopping mall and whether they have a good customer experience,” she explained.

The control of most of the space would also allow the developer to ensure that it has both a day and night crowd.

Sunway, Cheah said, would normally place office and mall components together to bring in the day crowd. When the residents return in the evening, it would ensure that the mall would have both a night and weekend crowd.

“When we are in control of what we build, we can make the adjustments,” she added. “The most important things are the development philosophy and the master plan as they would provide comfort to investors as they would know what is happening. When people come to the city to stay, they will look for conveniences. They might not necessarily need big units but they would like to have amenities and facilities around them. That’s where we see the opportunities for this type of development.”

Cheah noted that for developers, developments are not just about building properties and handing them over. They have to ensure that everything is well maintained and that like-minded communities will come together and spend time sharing common interests.

It is also about nurturing different communities. “For example, within the Sunway group, I have colleagues who are hoteliers, doctors and lifeguards, so we have a community internally. We call ourselves an internal community that serves another community outside,” said Cheah.

The developer sees an opportunity in serving the elderly who are seeking accommodation and healthcare services, as well as the younger generation who will join the workforce soon.

“Malaysia’s elderly population will double by 2030 and that’s a segment we can look into. Senior living is rather new in Asia … it is a product that will provide communal space for the elderly to mingle as well as healthcare facilities, should they need them,” Cheah explained.

“For the young population in the country, at this point when they are studying, we are looking at some resilient products such as student accommodation. Sunway University, for example, has 20,000 students, some 30% of whom are international students. It is a huge number and it actually excludes students from other states. There is demand for hostels and houses.”

When answering a participant’s question on the developer’s learning curve when planning a retirement village, Cheah said Sunway’s approach will not be from the development side but from the hospital side.

“Fundamentally, senior living is about the service and the care. We might not necessarily sell the product. We might rent [the units out instead],” she said. “I think it is actually important for us to control what is offered. We have been interacting with some Japanese and Australian senior-living operators. In the end, it has to match the affordability and the service offered to the people who want to stay there, especially the elderly whose children are not in the country.”

Cheah said while a unit may offer smart living, the development itself could be “smart inside and not outside”. Developers, she explained, always use three pillars to anchor smart and sustainable cities — environment, economy and social.

“Environment is how we design the development, what is the carbon footprint and all. It is something we can’t ignore because climate change is real. Millennials are also becoming conscious of how to be eco-friendly,” she said.

“Economy is the most important aspect. We can build a lot but if nobody lives there, or it is too expensive to run … Smart and green technology requires a lot of money because we are investing upfront.”

Meanwhile, social means that smart and sustainable cities cannot cater for just one segment of people. They have to be all inclusive, for all ages, Cheah remarked.

When commenting on social and technological advancements such as WeWork, Grab and Airbnb, she said that she sees the sharing economy as a complement, which benefits investors. It also encourages developers to review how they use their space.

“For example, in Sunway Pyramid mall, our car park is still full but the number of people coming in by Grab is increasing exponentially … it is an additional segment that helps the investment property while giving consumers a choice of how they want to travel and to reconsider whether they really need to buy a car,” she explained.

“When all the connectivity is in place, we might come to a time when cars are no longer needed. There are also driverless cars but I don’t think that will happen very soon. However, when it does happen, it might mean that we would not need car parks anymore. We would be able to park our cars at warehouses that are like 15 minutes from our home while our current parking bay can be used as a living space or communal area. This kind of disruption is giving developers an interesting opportunity to review what we can do with the space while meeting consumer demands.”

She noted that Airbnb now has more units than the combined units of the top three hotel chains — Marriott, Hilton and IHG. Founded in 2008, Airbnb is available in 191 countries and 65,000 cities.

A participant asked about Sunway’s solutions to tackling buyers’ growing concern about Airbnb. Cheah replied that developers will need to work with the government and be clear about the regulations.

“Some countries have already banned it [Airbnb] in residential developments and it is what we need to work on with the government,” she explained. “As an industry, it will be a growth segment like Grab and is actually good for consumers. However, what it really needs is governance. We are still having a conversation with the regulatory body. The governance has to be done in a way that protects the buyers and residents.”