The Edge says… Politicians, unite and get to work! 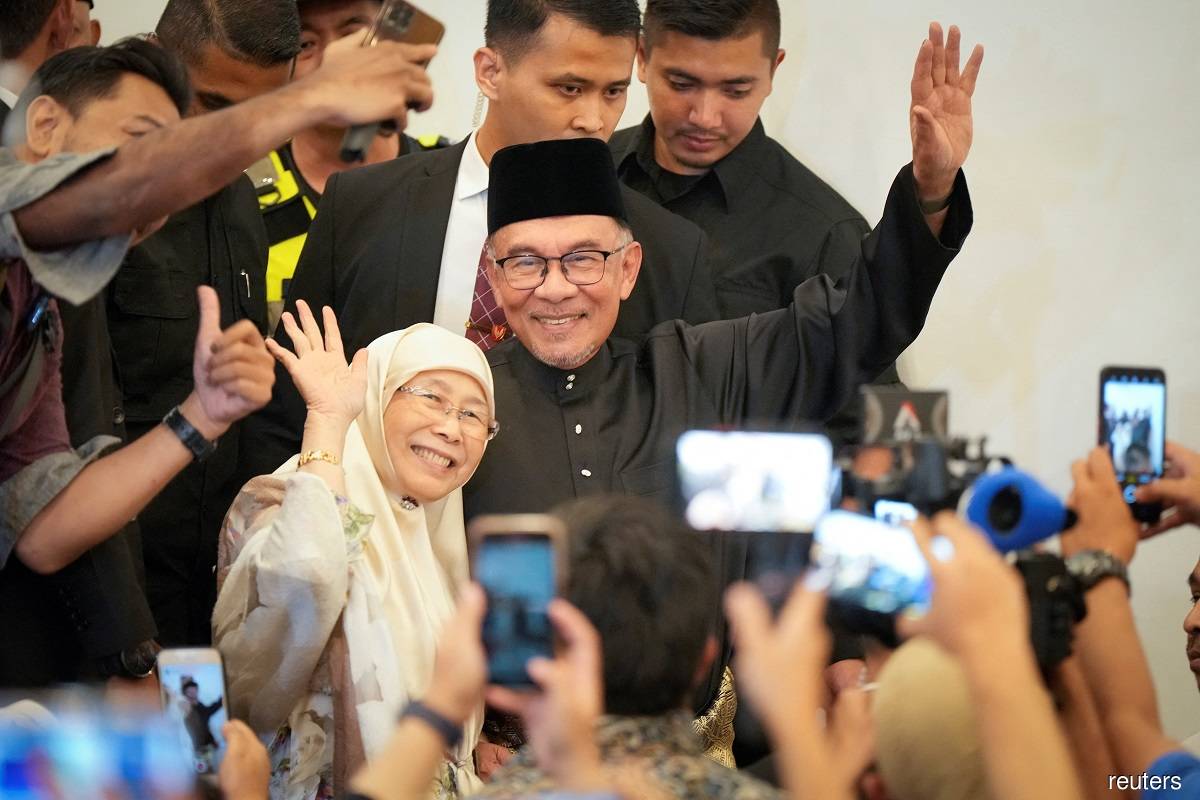 Prime Minister Datuk Seri Anwar Ibrahim and his wife Datuk Seri Dr Wan Azizah Wan Ismail being greeted by loud cheers while arriving at his first press conference held after being sworn in as Malaysia's 10th prime minister on Nov 24, 2022.

Under normal circumstances, this should herald the beginning of the work of government and governance. And certainly, that is what ordinary Malaysians are hoping for.

The appointment of the prime minister ought to set the ball rolling for the formation of government and the Cabinet, and with that, the resumption of life for Malaysians, secure in the knowledge that the mothership has once again someone at its helm.

The delay of the appointment of the PM has only added to the political uncertainty of the past few years, which has not been good for the Malaysian psyche and economy.

Thursday, Nov 24, is therefore supposed to be the reset — the end of politics and the start of governance.

Because a unity government was what was proposed by the King, the assumption on the ground has been that it is what will follow from the prime minister's swearing-in.

However, at a press conference just before Datuk Seri Anwar Ibrahim's swearing-in, Perikatan Nasional chairman Tan Sri Muhyiddin Yassin pointed out that the appointment letter by the King only mentioned that Anwar was to be the prime minister, but no mention was made of what kind of government Anwar would preside over.

Muhyiddin insisted that, the King's appointment notwithstanding, Anwar must still prove his legitimacy to be the prime minister by showing that he has the numbers in the form of statutory declarations (SDs).

Anwar, at his first press conference as prime minister, volleyed this challenge by promising to propose a vote of confidence in Parliament when the 15th Parliament convenes on Dec 19. Anwar claimed that his coalition has the support of all 30 Barisan Nasional members of Parliament (MPs), all 22 of Gabungan Parti Sarawak MPs, as well as those of Warisan, Muda, and two independent MPs.

Nevertheless, PN's reluctance to lend its support to the new PM depressingly suggests that this appalling soap opera is far from over, with none of the characters willing to bow out or turn over a new leaf.

This is the reality that the new prime minister will have to contend with. In the days to come, it is incumbent upon Anwar to form a government that will work in the long term — and, more importantly, a government that can get to work quickly.

The new Budget 2023 must be tabled soon. The Budget must be passed, and progress plans for the country allowed to commence.

The world is expected to go into recession next year, and Malaysia may not be spared. We are already facing economic headwinds from outside, and at the same time, have internal economic issues to contend with, too, not to mention the long struggle of post-pandemic recovery. How well we fare will depend on who we have got in place to set the right policies, and how much effort they put into serving the nation.

One thing is for sure: We cannot afford to have a government that continually implodes from internal and external sabotage. That is not government — that is politics. And we've had more than enough of that already.

The new prime minister has promised a unity government that will not reject the participation of any party, for as long as everyone is on the same page on the basics: good governance, no corruption, and a Malaysia for all Malaysians. At the same time, Anwar also reiterated that the positions of Malays, Islam, the Malay rulers, and Bahasa Melayu will continue to be protected, as guaranteed in the Federal Constitution.

So, it remains to be seen whether there will even be a traditional opposition as we know it, and what it will do.

Whatever transpires, whichever side of the House the parties and coalitions end up on, new and newly returned MPs must bear in mind that they sit in the Dewan Rakyat — the people's hall. Their job, which began the day they won their seat, is to serve the people for the betterment of the country.

Part of that service is to support the government where it is due. The purpose of opposition is to provide checks and balances; not to tear down the government just because.

Is it too much to ask MPs to unite for Malaysia? They have fought so hard for the privilege to serve the people, and now, we the people command them to work — for all of Malaysia.

Reap what you sow

The people deserve a stable government, and the promise that whoever is in power will try to maintain stability so that they can do the work of governance.

Any legislator that has hopes of one day being in the executive would do well to contribute towards getting Malaysia safely through the next five years, because anything that any of them does between now and then is what they will inherit in their next political life. Do not, as the Malay proverb goes "marahkan nyamuk, kelambu dibakar"— do not cut off the nose to spite the face.

Statesmanship plays the long game — the one which results in roads, schools, hospitals and halls being named after good leaders.

Those who play the short game are doing a disservice to the nation.