From The Edge
Edge Weekly

#edGY: 2015: A big year for some young entrepreneurs

IT SEEMS to have been a boom year for start-ups, with funding and ideas aplenty. Over the past year, we have spoken to dozens of young entrepreneurs soldiering through various stages of their businesses. We caught up with three of them to see what 2015 holds for their outfits.

First up is Social Enterprise Alliance Malaysia’s (SEA) managing director Warren Chan, who says the big thing for the consulting firm for social enterprises this year was its acquisition by the 1Malaysia Youth Fund (iM4U), a government-funded initiative that focuses on promoting the spirit of volunteering. Chan tells #edGY about what is to come for the firm and how it is staying true to its aim of nurturing social enterprises.

Next is Bryan Loo, who is the face of Chatime and tea culture in Malaysia. The tea franchise operator is focusing on growth next year and plans to go regional. On top of that, he has diversified into other food and beverage-related businesses.

Last but not least is Internet start-up GoGet.my’s co-founder Francesca Chia, who says it is a “grow or die” scenario next year. The online platform for running errands and making deliveries needs to make operational changes so that it can hit the big numbers to stay in business. 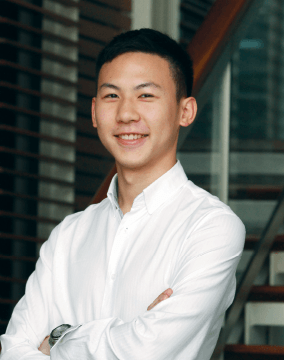 Earlier this year, Chan joked about how social enterprises are being confused with charitable organisations, or worse, social media experts. He gets that a lot because SEA consults for social enterprises — a hybrid of business and social good.

But as 2014 draws to a close, some social enterprises have carved out a space for themselves. Case in point, social enterprise darling Biji-Biji Initiative just walked away with the top prize called the Tan Sri Liew Kee Sin Entrepreneurship Award and RM250,000 from Alliance Bank’s SME Innovation Challenge.

Be that as it may, the general ecosystem for social businesses in Malaysia is still in its early days. Therefore, SEA aims to build a network of social enterprises across the country through its consulting functions.

#edgy: Did SEA reach its goals this year?
Chan: Our two goals this year were to make SEA sustainable and grow the social enterprise scene. We have definitely achieved the first goal. As for the latter, it is too early to tell. We can see the fruits of our labour only in 2015. I'm optimistic, though.

What was the biggest boost to your business this year?
The biggest boost was being acquired by iM4U. Our mission is the same but our resources have just increased manyfold.

We are now being integrated into iM4U and we are undergoing a reform that I’m excited about. I can say more about that next year.

What lessons did you learn this year?
Pick very carefully whom you work with — partners, clients and even employees. No matter how good a proposition sounds on paper, the people involved is the make-or-break factor.

Build relationships slowly, from small engagements to increasingly larger collaborations. If there’s even a sign that something is not right, leave immediately. Fighting is not always the best solution. Rather than wasting energy pulling a camel to the watering hole, make the camel thirsty and it will go to the watering hole itself.

What challenges lie ahead and how do you plan to tackle them?
We’ve been doing a lot of prep work for 2015. Planning is done and we are now going into execution. The biggest challenge is ensuring that the execution is smooth. To do so, we have made sure that all members are aware of each other’s tasks and goals. This way, we get rid of a rigid structure where people only work according to their job description. Instead, they are able to jump in and out of different functions, according to spikes in workload, or to step in when others are absent.

How are you celebrating New Year’s Eve?
The family tradition is to celebrate the New Year at the golf club. It’s partly because my mum helps organise the event.

But the bigger reason is because it’s something families do together. We dance together, we eat and drink together. 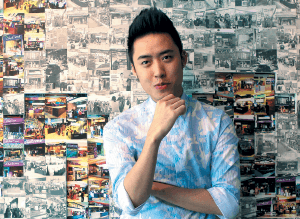 Loo is super ambitious. In 2010, Malaysia was gripped by a bubble tea craze and Loo’s Chatime franchise was a big part of it. Chatime has since expanded to over 110 outlets nationwide. Chatime has also opened drive-through outlets at select petrol stations. Expect to see more of that in 2015.

“Next year is all about aggressive expansion and diversification,” Loo says.

#edgy: What was the biggest boost for Chatime this year?
Loo: Chatime is still growing. It is still our core portfolio but we think that diversification is very important ... don’t put all the eggs into one basket. So, we went into other businesses like SodaXpress. We designed and manufactured the machine. We have just launched it at all the Chatime outlets in Malaysia and will soon sell it via an e-commerce platform.

Another venture is Tino’s Pizza Express. We have just opened two more outlets and have another eight on the way. Next year, there’ll be 15 new outlets. This is very close to my personal vision to make Italian gourmet pizza accessible to all Malaysians. We have American pizzas but very little gourmet pizza.

What challenges lie ahead and how do you plan to tackle them?
We are always short of people. This year, we started a lot of new portfolios and we expect more next year. So I think we’re kind of struggling in getting people to drive the model. I always say, it doesn’t matter how visionary you are — you’ve still got to get people who are willing to get their hands dirty and execute the plans.

Looking at our organisation, we are identifying the good people, grooming and letting them run certain portfolios. Right now, I am overseeing all the portfolios myself. That would really kill me, lah. So next year, my resolution is to try to step back and give people a platform to showcase their talent.

What can we expect from Chatime next year?
We are planning to go regional. Our principal from Chatime in Taiwan has been asking us to take over some of the Southeast Asian countries.

Earlier, we didn’t want to do it because we wanted to stay extremely focused on Malaysia. I think we made a very good choice. If we had handled a few different countries, I don’t think [Chatime] Malaysia would have taken off properly.

So, now that it is stable, I think it is time for us to look beyond Malaysia. Next year would be the right time for us to really look into that part because Malaysia’s market is quite soft. We will leverage our situation and look at opportunities elsewhere, maybe in nearby countries like Thailand.

We are also trying to take our other portfolios regional, for example, SodaXpress to Indonesia. It’s a consumer product, so it’s much easier to take it regional.

How are you celebrating New Year’s Eve?
I feel like going to Japan. Travelling is a big part of my work. Travel brings me a lot of inspiration. I identify what the gaps in the market are and what Malaysians like … what cultures exist in other parts of the world but are not in Malaysia. 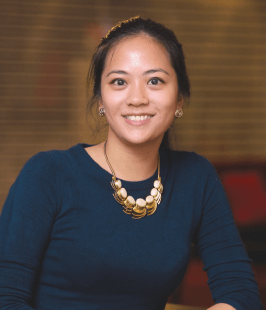 This year, we saw the buying and selling of services move online. There are platforms like RecomN.com and kaodim.com that are in the business of helping people find service providers online.

Then, there is GoGet.my – a web-based platform that matches people who want errands done with the people willing to do it for a small tip. The start-up rolled out its beta testing phase in July.

For founder Chia, 2015 is a pivotal year on several fronts. She and the team will need to hit some big numbers to make sure they can stay in business.

All these seem like big numbers but Chia is determined to meet the target within 12 months.

#edGy: How has GoGet.my been doing since it was launched?
Chia: We grew to be a larger team. We’re planning to move to an office that is near an LRT station so we can grow the community. It’ll be easier to meet people.

At the same time, we are not growing fast enough, in my opinion.

Were you able to reach some of your initial goals?
In the first three weeks, we had 100 jobs posted on GoGet.my. In terms of goals, we have met them for validation. If we continue what we’re doing for the next six months, we wouldn’t meet our goals.
Now, we have to push ourselves as fast as we can and forget validating. We need to change the way we operate.

What challenges lie ahead and how do you plan to tackle them?
The challenge is whether we can grow fast enough. I need to change operations completely.

How we run things is like any other start-up, where everyone is doing everything. We can’t keep that up because we can’t move fast enough. I plan to have people be more focused and specialise in different areas, such as marketing and training GoGetters.

What did you learn this year?
We should not hold back operations. We are going to change and invest in making sure we have enough people to do the job so we can speed up operations.

The other thing that we learnt was super surprising — discovering who our GoGetters are. I thought our biggest segment would be university students.

We got a lot of requests from average working Malaysians who want to be GoGetters. It shows that the corporate sector isn’t paying them enough, financially and emotionally.

It is really that amazing once you bring them in, the network effect happens.

Small and medium enterprises were something that I underestimated. Small companies don’t have the luxury of scale to hire their own despatch men.

We won’t keep going, if you interview me this time next year and I’m still at 400 jobs a month. Next year will be the defining year … whether we will survive and grow beyond Malaysia.

This year has been a super-transitory year because I left a cushy consulting job for a crazy rollercoaster job. I’ve learnt to embrace the uncertainty and not take life so seriously.

Life won’t end if you quit your job. You’re not going to die. You will live, eat, walk … it’s not going to be the end of the story. Always keep doing something that you believe in.