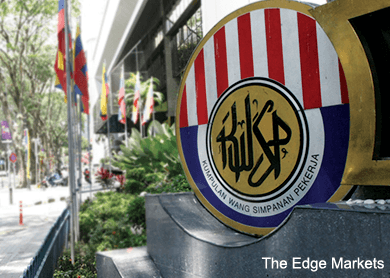 "The EPF will also align minimum contributions with the minimum wage legislation as well as extend dividend payments from the age of 75 to 100.

The EPF is seeking public feedback on its proposals. Shahril said members needed to consider two options concerning the alignment of the retirement age and withdrawal age.

The first option is to extend the full withdrawal age from 55 to 60 years on a staggered basis over 15 years.

"The staggered option has been practiced elsewhere, which faced a similar situation," he said.

EPF is also seeking feedback on a proposal to introduce additional contribution from members, whose wages are below the monthly minimum wage.

"This proposal is intended to address the issue of a large portion of the population, whose contributions are lower than they should be under the minimum wage legislation," Shahril said.