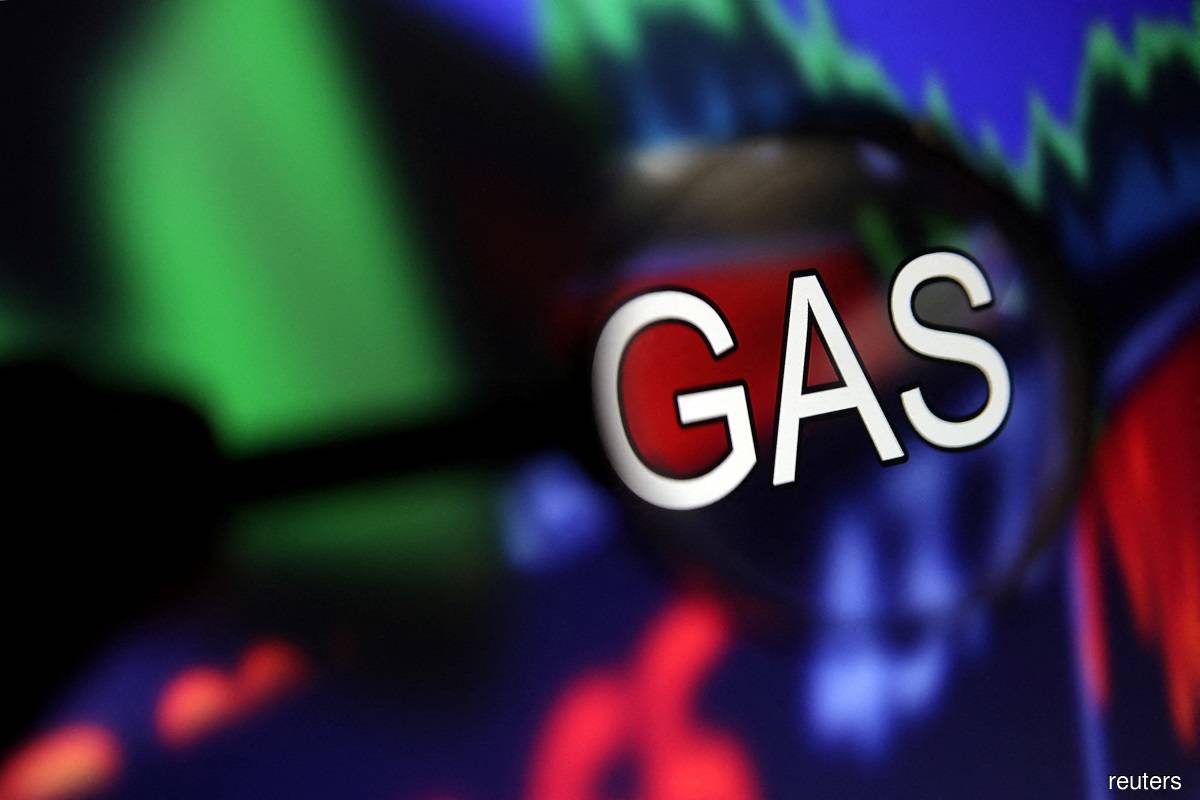 LONDON (Sept 12): Natural gas prices have fallen as the market awaits details of the European Union's plan to intervene in an unprecedented energy crisis that is already destroying demand for the fuel.

Benchmark futures declined as much as 8.3% to the lowest in a month. Still, prices remain almost eight times higher than normal for the time of year. Goldman Sachs Group Inc expects they will halve from current levels sometime in the first quarter of 2023.

European Union energy ministers on Friday called for urgent measures to rein in costs and provide liquidity to the market. European Commission President Ursula von der Leyen, who has called for "emergency intervention", is expected to set out concrete steps this week.

The bloc's members, all with varied energy needs, are divided on how to implement price caps for gas. The idea of a broader price cap — on all gas imports, not just shipments from Russia — was discussed on Friday, but the ministers agreed more work on this measure is needed.

There were also no hard decisions from European politicians on mandatory reductions in energy use during last week's discussions.

"With interventionist policies announced so far prioritising capping energy costs over curtailing demand, the concern is that such measures could end up incentivising higher energy consumption," Goldman Sachs analysts including Samantha Dart said in a note.

The bank expects the high storage levels at the start of the winter season "to accommodate larger-than-average storage withdrawals, still leaving over 20% of full" by the end of March.

"This in our view will set the stage for the sense of urgency to destroy demand we see currently to be gradually replaced by a sense of market relief for having made it through winter," it said. Goldman Sachs expects benchmark prices to fall below €100 (RM458) per megawatt-hour in the first quarter.

European storage sites are about 84% full, slightly above five-year average, according to Gas Infrastructure Europe.

The region is also adding more facilities to receive liquefied natural gas (LNG), with the latest terminal opened in the Netherlands last week.

European LNG imports are expected to be up 16% versus last winter, as new projects in the US and Mozambique start up, Goldman Sachs said. Still, a cold winter in Asia and an economic rebound in China could boost that region's competition for cargoes.

Front-month Dutch futures traded 5.4% lower at €196 per megawatt-hour by 10.19am in Amsterdam on Monday. The UK equivalent declined by 2.2%. Benchmark German power for next year traded 2.7% lower.