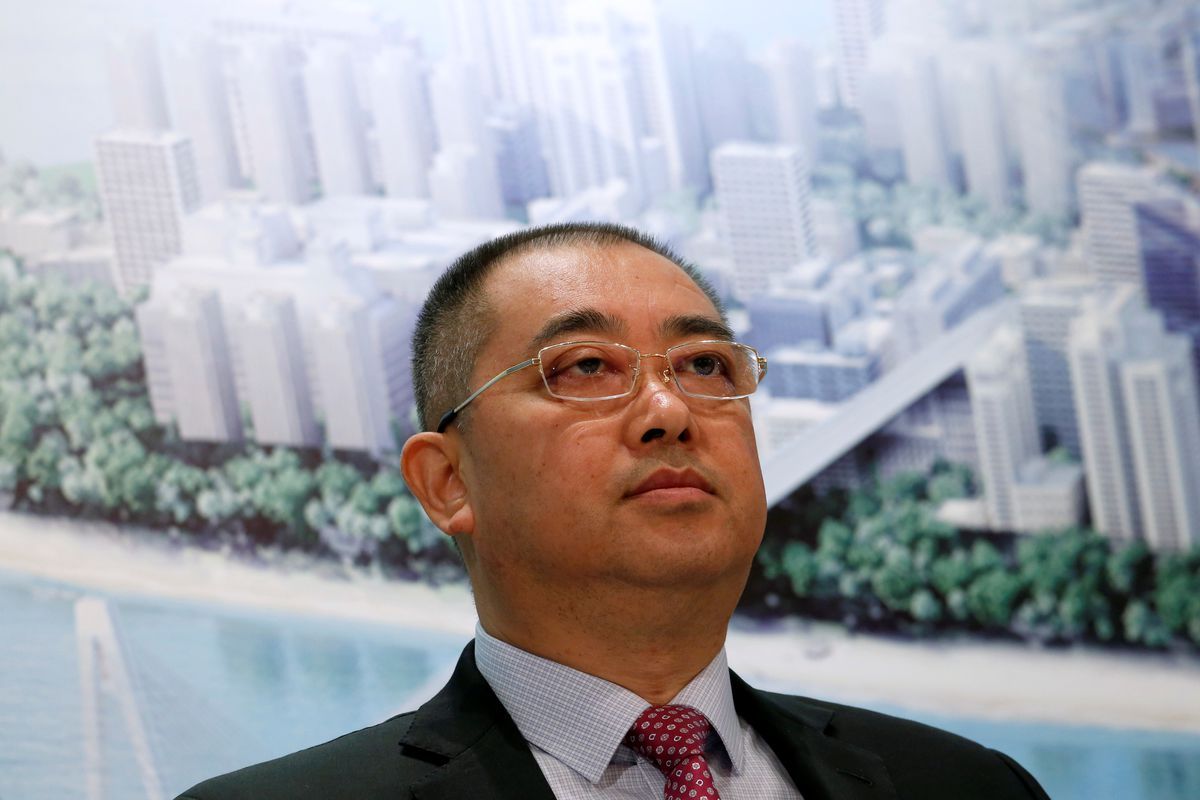 HONG KONG (Oct 15): Evergrande Group's chief executive is holding talks in Hong Kong with investment banks and creditors over a possible restructuring and asset sales, two people said, as the Chinese developer battles against default on more than US$300 billion in debts.

CEO Xia Haijun, a confidante of chairman Hui Ka Yan and who runs Evergrande's day-to-day operations including financing, has been in Hong Kong, where the property firm has a major presence, for more than two months, the two sources told Reuters.

A third source said Xia was talking to banks and creditors in Hong Kong, but did not say what was being discussed.

Shenzhen-headquartered Evergrande, which is reeling under more than US$300 billion in liabilities, has left its offshore investors in the dark about repayment plans after already missing three rounds of interest payments on its dollar bonds.

Xia's talks with investment banks and creditors in Hong Kong has not previously been reported.

One of the sources said Xia needed to communicate with foreign banks on loan extensions and repayments. The source declined to disclose the identity of the creditors that Xia had spoken to in recent days.

"Xia also needs to sort out how many off-balance sheet debts the group has offshore, because many were underwritten at subsidiary levels and he himself may not be even aware of (that)," he said. "Before that they cannot work on restructuring and talk to bondholders."

Evergrande has been scrambling to divest some of its assets to raise cash — efforts that have not yet yielded much success — as concerns have grown in recent weeks about a possible collapse and the impact on global markets and China's economy.

Chinese state-owned Yuexiu Property has pulled out of a proposed US$1.7 billion deal to buy Evergrande's Hong Kong headquarters building over worries about the developer's dire financial situation, Reuters reported on Friday.

A Chinese central bank official said on Friday the spillover effect of Evergrande's debt problems on the banking system was controllable and the risk exposures of individual financial institutions were not big.

Evergrande and Xia did not respond to Reuters requests for comment.

The sources, who have direct knowledge of the development, declined to be named due to the sensitivity of the matter.

Evergrande Chairman Hui has not appeared in public in recent weeks or announced plans to address the group's woes, leaving investors wondering if they would have to book losses when the 30-day grace periods end this month for unpaid bond coupons.

Last month, the developer issued a statement saying Hui had urged company executives to ensure the quality delivery of properties and redemption of wealth management products.

Xia, who is also vice president of the board, joined the company in 2007 and is responsible for Evergrande's capital operation and management, as well as legal affairs and overseas affairs, according to the company's website.

He has been in Hong Kong since July, according to one of the sources. The second source said Xia had been meeting Chinese investment banks in the city to explore possible asset sales.

Evergrande, once China's top-selling developer, has said that it is looking to dispose of stakes in assets including its services and electric vehicle units to raise funds.

The developer is finalising details to sell 51% of its Evergrande Property Services unit to Hopson Development for HK$20 billion (US$2.57 billion).

The developer said last month it had appointed Houlihan Lokey and Admiralty Harbour Capital as joint financial advisers to examine its financial options, as it warned of default risks amid plunging property sales.