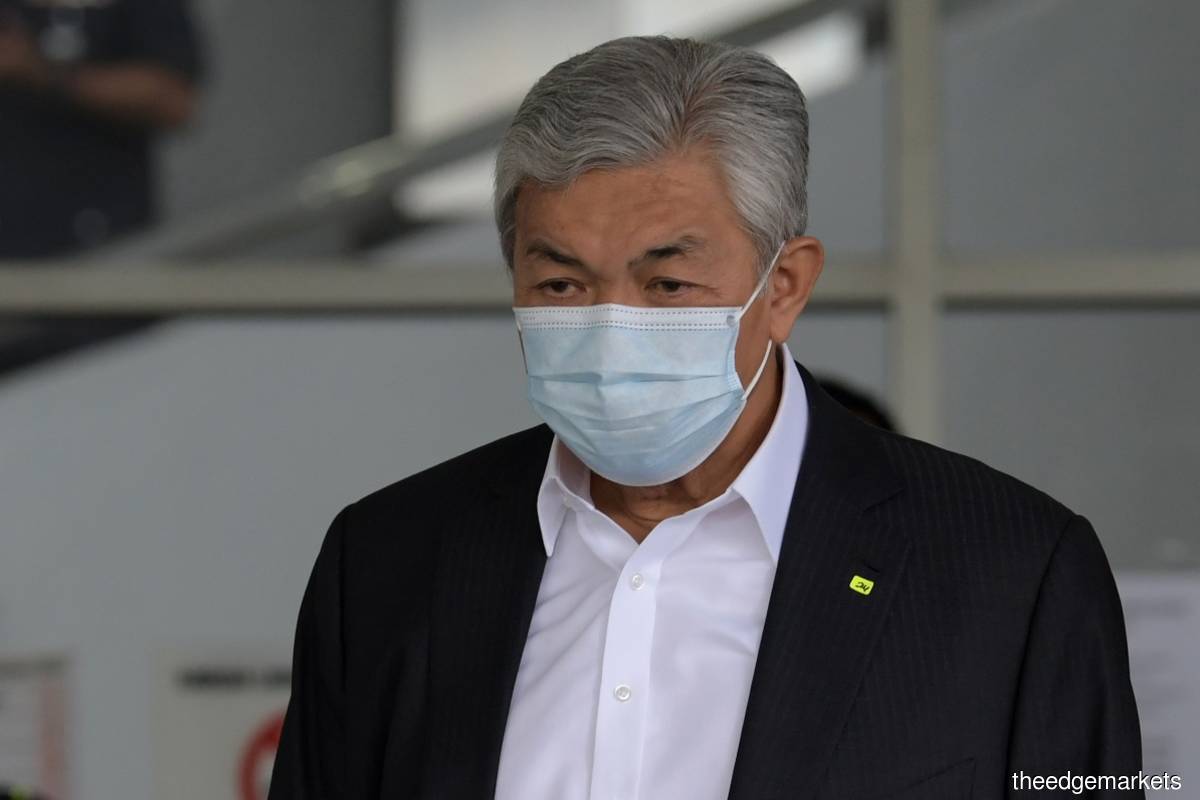 He said according to three charges against Ahmad Zahid, a total of RM13.25 million was received as an inducement to assist Mastoro Kenny IT Consultant & Services to secure certain MYEG projects linked to the Home Ministry.

“For another five charges, there is sufficient evidence to prove that the accused had received bribes amounting to RM8 million from two companies, namely Datasonic Group Bhd (DGB)  (RM6 million) and Profound Radiance Sdn Bhd (RM2 million),” he said in a submission to rebut the defence argument on eight corruption charges.

Gan submitted that former DGB deputy managing director Chew Ben Ben, and Abu Hanifah Noordin, who is former managing director of DGB, had claimed that the RM6 million was meant as a political donation to Barisan Nasional (BN) in the 2018 general election.

“If it is true that the RM6 million was intended to be a political donation, then why was it given to the accused, the home affairs minister who was instrumental in awarding the job to supply passport chip project to Datasonic Technologies Sdn Bhd (DTSB)?

On the corruption charge amounting to RM5 million to build a mosque and Tahfiz school in Bagan Datuk, Perak, Gan said the alleged contribution in the form of 24 cheques which were received by the accused was actually an inducement for the accused to help Mastoro Kenny and Junaith Asharab Md Shariff to get MYEG projects under the Home Ministry.

He said Ahmad Zahid wanted to build a mosque and Tahfiz school and requested prosecution star witnesses Junaith Asharab to contribute to the cost of construction.

Gan argued that three elements need to be proven under Section 16(1)(a)(B) of the Malaysian Anti-Corruption Commission (MACC) Act such as the accused is an officer of a public body and he corruptly receives gratification for himself.

“Besides that, the said gratification was received as an inducement or a reward to do anything in respect of a matter or transaction, actual or proposed or likely to take place, in which the public body is concerned.

"This is not a normal case. It does not involve ordinary folk who frequent ‘mamak’ joints and have a sip of teh tarik or enjoy a plate of nasi lemak. This case involved the former minister of home affairs, who is also a former deputy prime minister, the second most powerful man in the country.

"Therefore, the evidence adduced has to be appreciated beyond the surface, not just plain and simple understanding as pointed out by the defence in their written submissions," Gan said.

Ahmad Zahid, 68, is facing 47 charges — 12 for criminal breach of trust, eight for corruption and 27 for money laundering — involving tens of millions of ringgit belonging to YAB.

The prosecution will continue its submission on Tuesday.