Ex-AG Thomas says it again: MACC chief was wrong to say Riza settlement agreed to by him 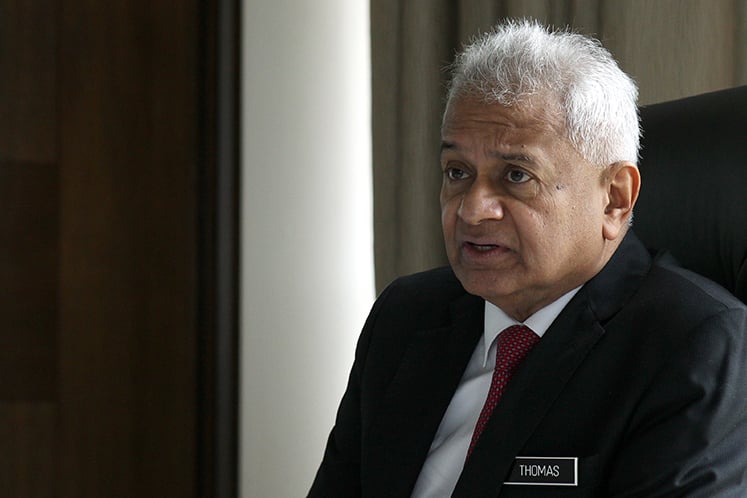 I am compelled to issue this statement because my name has been wrongly and unfairly dragged into the Riza Aziz case.

2. I refer to the Malaysian Anti-Corruption Commission’s (“MACC”) Press Statement dated 14th May 2020 titled “Court Grants Discharge Not Amounting to Acquittal To Riza Aziz, Government Will Recover USD107.3 million in Assets”: in particular, to its final paragraph:

“The agreement between the prosecution and the accused through representation in court was a decision considered and agreed by the former Attorney General, Tan Sri Tommy Thomas.”

3. This is a lie. The true position follows.

(i) Riza Abdul Aziz (“Riza”) was charged with five counts of money laundering before the Kuala Lumpur Sessions Court on 5th July 2019.  I made the decision to charge him;

(ii) The only other decision I took in the case against Riza was to appoint Gopal Sri Ram to lead the prosecution.  Thereafter I left the day to day handling of the case to him and the Deputy Public Prosecutor (“DPP”) from Attorney General’s Chambers (“AGC”) assisting Sri Ram;

(iv) Written representations are received by AGC on a daily basis from lawyers acting for accused facing criminal trials and appeals. Hence, there was nothing sinister about the sending of representations by Riza’s solicitors. Whether I personally acted in agreeing to their request for a discharge is an altogether separate issue. I did not. It is as plain and simple as that.

(v) This letter was passed to Gopal Sri Ram to study and to recommend a response to me;

(vii) Until my resignation, I had not received any advice from Sri Ram.  Thus, I did not decide on the representations of Riza prior to my resignation;

(viii) At a case management before Sessions Court Judge, Tn. Azman Ahmad, on 12th March 2020, the DPP applied for a new date of the case, to allow AGC to make a decision on the representation submitted by Riza.  DPP’s request was to allow the newly appointed Attorney General time to review the representation, according to media reports.  Apparently the case was postponed to 2nd April;

(ix) On 2nd April 2020, Riza’s Counsel Mr. Hariharan Singh was reported in the media to have said that he was still awaiting a reply from AGC to his client’s representation; and

(x) At a case management on 14th May 2020, the Sessions Court Judge granted Riza a discharge not amounting to an acquittal (DNAA) in relation to his criminal charges, on the application made by ad hoc prosecutor Datuk Seri Gopal Sri Ram.

4. On these undisputed facts, no decision had been made by prosecution on Riza’s representation as late as 2nd April.  This was more than a month after I resigned from my post.  It follows that the decision to accept Riza’s representation that resulted in the granting of his DNAA, must have been made between 2nd April 2020 and 14th May 2020, when I was no longer the Attorney General.

5. In these circumstances, MACC had actual knowledge that the final paragraph of the Press Statement that “the agreement between the prosecution and the accused through representation in court was a decision considered and agreed by the former Attorney General, Tan Sri Tommy Thomas”  is clearly false.

6. To compound matters, after I corrected MACC’s false statement on the evening of 14th May, MACC responded by stating that they stood by their first statement.  This is absolutely shocking because MACC were continuing with the lie after the truth had been pointed out to them.

7. It defies credibility that if their fiction has any factual foundation, it would mean that I took the decision to drop the prosecution against Riza on or before 28th February 2020, but my decision was only implemented in Court 2½ months thereafter, and not at the earliest opportunity which was 12th March 2020.

8. I trust that this will set the record straight. Truth and facts matter dearly to me.