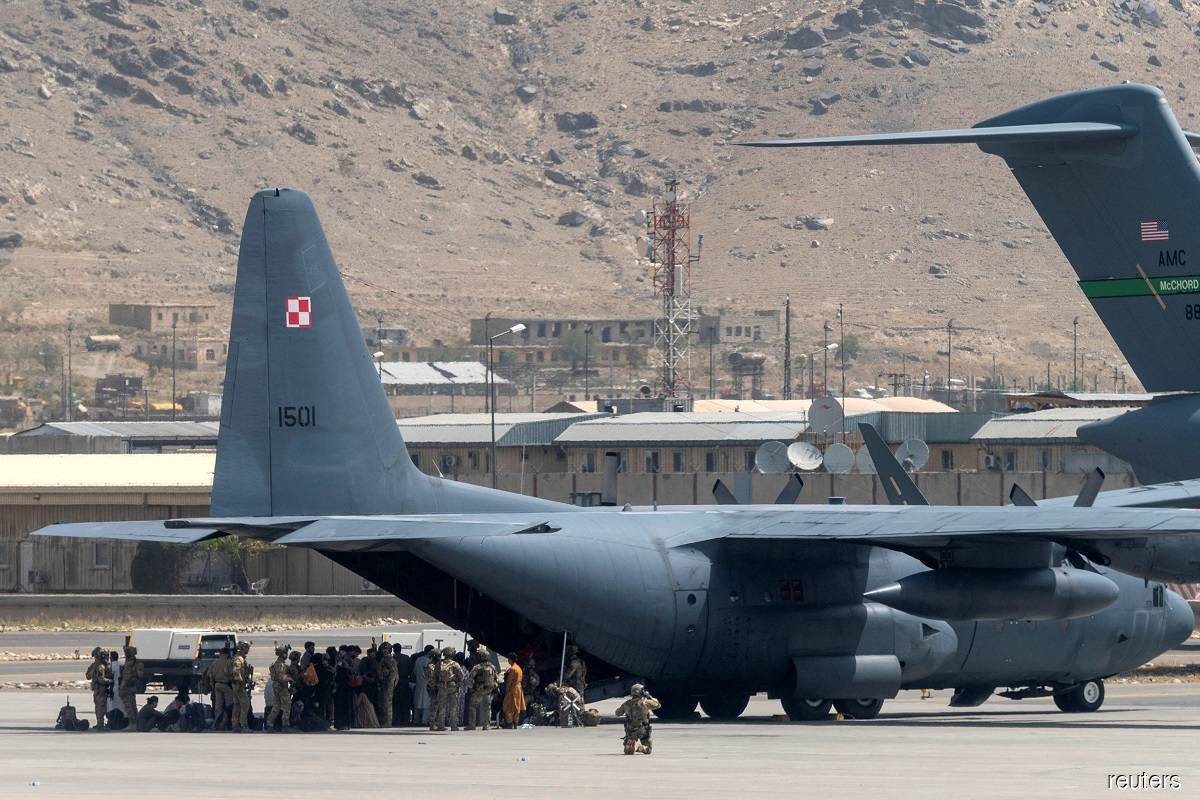 US Department of Defense service members defending military aircraft at the Hamid Karzai International Airport in Kabul, Afghanistan on Aug 17, 2021.

WASHINGTON (Aug 19): The US Federal Aviation Administration (FAA) said on late Wednesday that domestic air carriers and civilian pilots can fly into Kabul to conduct evacuation or relief flights with prior US Department of Defense (DOD) approval.

In a statement, the FAA said that without prior approval, US carriers cannot fly over Afghanistan airspace or fly into the Hamid Karzai International Airport in Kabul. The FAA cited "a lack of high altitude air traffic control services".

All relief flights into Kabul "must have permission" from the DOD, the FAA said.

Without prior approval, US passenger and air carriers are prohibited from flying over nearly all of Afghanistan, the FAA said, adding it does not apply to DOD operated flights.

There is no indication yet the DOD will seek to use US carriers as part of the massive planned evacuation effort of thousands of people.

A White House official told reporters on late Wednesday the US mlilitary in the last day evacuated approximately 1,800 individuals on 10 C-17s. Since Aug 14, the United States has evacuated nearly 6,000 people.

The FAA issued a new "Notice to Airmen" on late Wednesday that imposed the new restrictions barring flights over Afghanistan without prior approval, citing risks "posed by extremist/militant activity, limited risk mitigation capabilities and disruptions to air traffic services".

A Pentagon spokesman told reporters on Monday that the US military had assumed control of air traffic control at the Kabul airport.

United Airlines said on late Sunday it was rerouting some US to India flights to avoid Afghanistan airspace after insurgents took control of the presidential palace in Kabul.

The order does allow for some limited jet routes for some transiting flights over Afghanistan and also urges carriers to minimise time spent below 26,000 fleet.

In late July, the FAA issued new restrictions on Afghanistan US air operations, saying flights operating below 26,000 feet were prohibited over nearly all of Afghanistan, unless operating in and out of Kabul, citing the risk "posed by extremist/militant activity".