Court
From The Edge
Politics & Government 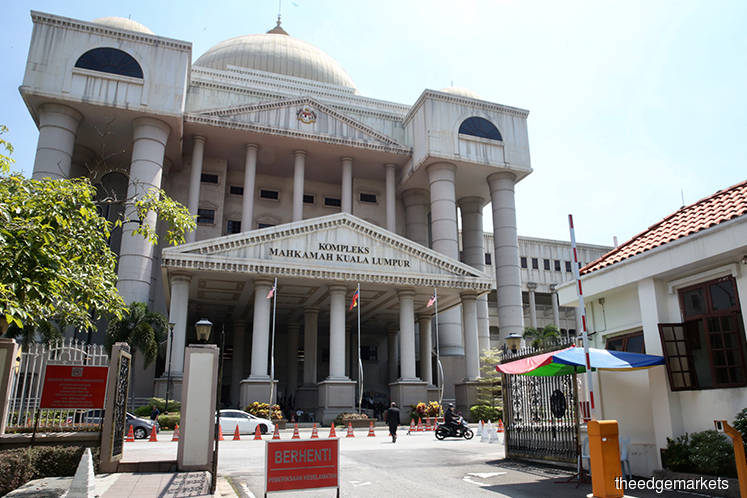 PUTRAJAYA: High Courts around the country have been directed to expedite the hearing of appeals or revision of movement control order (MCO) cases.

The internal memo is directed at High Court deputies and senior registrars nationwide.

“I am directed by the CJM and CJSS that if there are any parties who are aggrieved at the courts over the offences involving [the] MCO and had filed a review or criminal appeals, your cooperation is needed to bring the attention of the honourable High Court judges to conduct the hearing date as soon as possible.

“The hearing of the review or appeals are to be done in open court,” the internal circular by Ahmad Terrirudin said.

There have been hundreds of MCO offenders who had been charged in lower courts  — magistrates’ or Sessions courts nationwide — since the order was implemented on March 18 following the Covid-19 pandemic, which had seen 3,793 cases and 62 deaths in Malaysia as of yesterday.

Some had been fined, while some were given jail sentences.

It was reported over the weekend that Prisons Department director-general Datuk Seri Zulkifli Omar’s letter dated April 2 proposed that offenders of the MCO be sentenced to community service instead of jail, and Chief Justice Tan Sri Tengku Maimun Tuan Mat wanted courts nationwide to consider the risk of the spread of Covid-19 to prisons.

“The chief registrar’s office confirmed receiving the letter from the Prisons director-general.

“On directions by the CJ, this office had advised judicial officers that while they consider the provisions of the law in sentencing, they should also consider the risk of the spread of Covid-19 to prisons in passing sentences on MCO offenders,” a statement from the chief registrar’s office said.

There have been calls by lawyers for the court and authorities to grant bail or non-custodial sentences to MCO offenders in a bid to prevent the spread of Covid-19 in prisons.