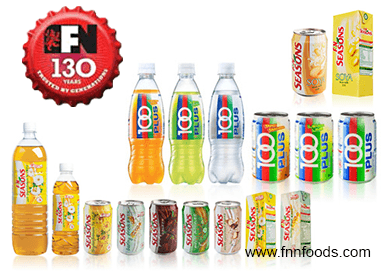 The soft drinks and dairies manufacturer will be adding one tall can-packaging line to boost the production of its evaporated milk business. This is to support the product’s high double-digit growth recorded in Thailand in the last few years.

“We are very happy with the performance of our evaporated milk in Thailand. The capacity we will be adding is so that we can take advantage of the healthy growth that we have been experiencing over the past few years,” F&N’s new chief executive officer Lim Yew Hoe told reporters after the company’s annual general meeting yesterday.

Apart from this, F&N had earlier allocated RM50 million for the maintenance of all its operations.

Lim said the company’s growth in Malaysia will be driven by the expansion of its existing market share in soft drinks and dairies as well as the introduction of new products.

“Some products that we have today have potential [for bigger] market share in the coming year, while there are some segments that we are currently lacking. This is something that we would like to fill up over the next year. There are quite a few products in the pipeline,” he said.

F&N, which exports its products to 46 countries across the world, will be striving to take advantage of its manufacturing plant located in the halal hub of Pulau Indah to drive its sales.

On the impact of the goods and services tax (GST) on April 1, Lim said F&N will be passing all savings from the elimination of the sales tax in the production of its soft drinks to its customers and distributors.

“[So] whatever sales tax savings we have will translate into lower selling price before GST,” he said.

But consumers of its canned milk products, which are currently not subject to the sales tax, will likely be affected by the GST.

Lim, however, said F&N is reviewing its cost structure and efficiency to minimise the impact of higher prices on end consumers.

Meanwhile, Lim also expressed concerns about the softness of the Malaysian ringgit.

“Most of our raw materials are purchased in US dollars. In the short term, we have already hedged our purchases, so we are fine. [But] in the long term, it will depend on how the ringgit performs,” Lim said.

“We have export businesses and they are in US dollars. That mitigates the depreciation a bit. We are quite fortunate at this stage that raw materials, such as skimmed milk powder, are off the historical highs so we do enjoy a little bit of savings in that,” he added.

This article first appeared in The Edge Financial Daily, on January 21, 2015.