Game over in China for PlayStation and Xbox 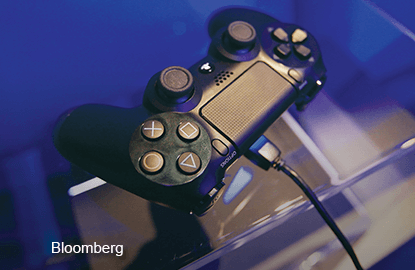 WHEN Sony and Microsoft introduced their Playstation 4 (PS4) and Xbox One gaming consoles to China to great fanfare earlier this year, executives at those companies would have been forgiven for imagining massive profits on the horizon.

China is home to 515 million gamers, of which only around nine million, according to Bloomberg News, play on televisions. That makes China an anomaly among the world’s other biggest gaming countries. If even a small fraction of China’s PC gamers could be convinced to switch, China’s console market would quickly become one of the world’s largest.

So far, however, the world’s two leading console makers have been reminded of an old lesson: It’s hard to predict the taste of Chinese consumers. According to data released late last week by Niko, a consultancy focused on the Asian gaming industry, the Xbox One and PS4 will sell less than a combined 550,000 units in China in 2015.

Meanwhile, according to data from Niko, online PC games will remain the largest segment of China’s gaming market in 2015, with revenues expected to hit US$16.8 billion (RM63.74 billion). Mobile games, the number two segment, will reach US$4 billion.

The most important factor tamping down Chinese demand for gaming consoles is also the most local. China’s gamers haven’t been using PCs as a placeholder for more advanced gaming consoles. They prefer playing games on PCs.

In part, that’s because that’s what they are already used to. In the 1990s and 2000s, Chinese gaming culture first took root in Internet cafes. Those public areas, packed with PCs, were the most reliable gateway to online life in China in the 1990s and 2000s. And the Chinese government’s ban on foreign gaming consoles, ostensibly to protect the morals of China’s youths, gave them few easy alternatives.

Consoles and their compatible games eventually became more available in the grey market, but gamers had already developed an appreciation for the advantages afforded by gaming in cafes, including social interaction with their gaming peers and low prices. Gamers are only required to pay for the computer time, although many gladly spend money on so-called “freemium” gaming to enhance their experience of free games. In the wildly popular multiplayer battle game League of Legends, for example, players can purchase “skins” for enhanced looks and powers.

And gamers in Internet cafes weren’t denied access to foreign-produced games either, at least not those that met China’s regulatory standards.

The advent of mobile Internet gaming hasn’t dissipated this market, a fact I was surprised to confirm during a recent trip to Shanghai, when I walked by an Internet cafe I used to occasionally frequent, and found it filled with nicotine-buzzed gamers and supercharged PCs.

Forbes reported that between 2013 and 2014, the number of Internet cafes in China grew 5% to 142,000, largely driven by gamers in search of fast machines and fast connections — something that many if not most gamers can’t afford to have at home.

In January 2014, the Chinese government lifted its ban on foreign consoles, which allowed Sony and Microsoft to enter the Chinese market this year. But the companies still face other barriers in China.

Strict government regulations against political content and too-realistic violence have prevented the introduction of the companies’ popular, bestselling first-person shooter games, like Halo and Grand Theft Auto. That’s left them with a less than stellar, seriously neutered, line-up of games for China.

But price remains as the biggest hurdle. The cheapest version of the Xbox One retails for around US$480, while the PS4 goes for around US$460. According to a January 2014 report by CNBC, 70% of China’s gamers make less than US$645 per month.

Despite console makers’ best efforts to compete in China, it might soon be time to admit it’s game over. — Bloomberg View

This article first appeared in The Edge Financial Daily, on July 14, 2015.