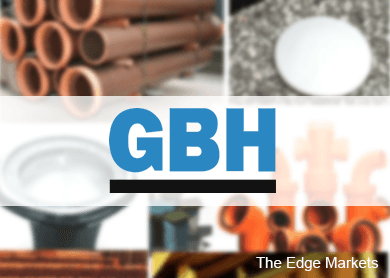 KUALA LUMPUR (Apr 22): Shares in Goh Ban Huat Bhd advanced to a high of RM1.68 in the morning trades after the group declared a first interim single-tier dividend of 12% yesterday.

According to Bursa Malaysia filings, Goh Ban Huat (fundamental: 1.8; valuation: 0.3) had not declared any dividends since 2010.

In a filing with Bursa Malaysia yesterday, the ceramic products and bathroom accessories maker has declared a 12% dividend for the financial year ended March 31, 2015.

The dividend was payable on May 25 this year, the filing stated.

Aside from this, Goh Ban Huat also announced on April 16 that it has changed its financial year end to March 31 from Dec 31 previously.

Goh Ban Huat will realise a net gain of RM71.2 million from the deal.

Following the land disposal, Goh Ban Huat will fall into the PN16 cash-company status, whereby it has to submit a regularisation plan to the regulator within 12 months.