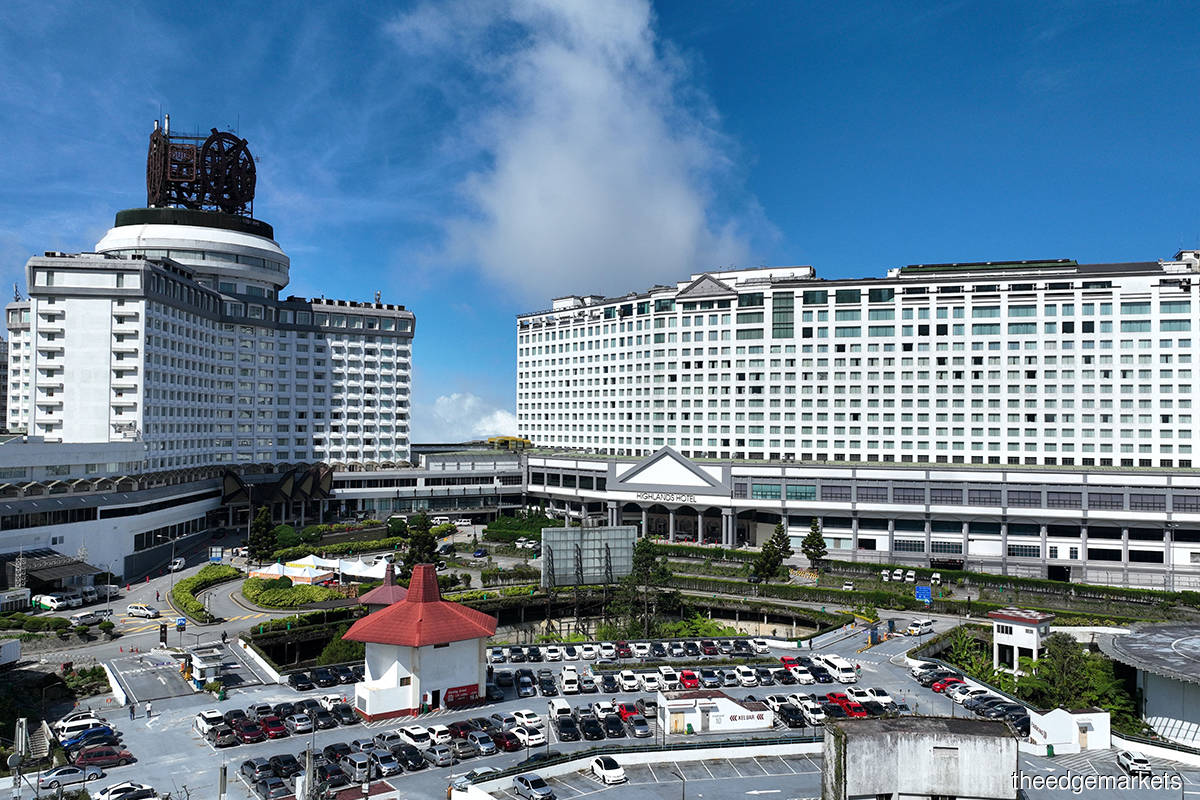 HONG KONG (Sept 30): Genting has emerged as a strong contender to unseat an incumbent Macau casino operator for a new licence, analysts and executives say, unleashing possibly the biggest shakeup in the world’s largest gambling hub in over two decades.

Only six slots will be available for the seven applicants, Macau’s government has said, as Genting Malaysia Bhd goes head-to-head with the six concessionaires Sands China, Wynn Macau, Galaxy Entertainment, MGM China, Melco Resorts and SJM Holdings as their concessions expire at year-end.

Headed by Malaysian Chinese billionaire Tan Sri Lim Kok Thay, Genting has casinos globally including in Malaysia, Singapore, the US and the UK. It does not currently operate in Macau.

The stakes are high for Macau and the six gaming firms, which have operated in the Chinese special administrative region since 2002.

If one of the incumbents lost their licence it's likely to send tremors throughout Macau’s gambling industry as the companies have collectively invested more than US$50 billion in the past two decades, are tied closely to the economic fortunes of the former Portuguese colony and employ tens of thousands of people.

It would cause "far too much disruption" if any of the six operators were replaced, said Terry Ng, an analyst at Daiwa in Hong Kong, although other industry watchers note the incumbents have left themselves vulnerable to an operator like Genting which lost out on a Macau licence in 2002.

Genting’s strong non-gaming track record, including operating two of the largest theme parks in Southeast Asia, would be a big draw for Beijing which has been urging Macau to diversify away from gambling and attract foreign tourists.

The Malaysian group's multiple non-gaming investments in China, including a prominent ski resort that was used for the Beijing 2022 Winter Olympics, are also likely to bolster its chances, analysts said.

"They have a strong chance to topple one of the incumbents... and Genting would have been encouraged to come in. With their background it makes a lot of sense," said Ben Lee, founder of Macau gaming consultancy IGamiX.

The group has been more successful at generating non-gaming revenue. In 2019 around 35% of total revenue at its Singapore property came from non-gaming versus 10% to 20% for Macau casinos.

Tensions between the US and China also create a growing risk that Genting could pip a US-owned casino operator for a spot.

“It’s probably the right opportunity for Beijing to remove one American (concessionaire) if not two,” Lee said.

The Covid crisis exposed Macau's over-reliance on gaming, which analysts say underline the urgency to diversify as many of the incumbents are still struggling to recover.

Genting “can offer the Macau government whatever they expressly said they wanted”, versus the incumbents who have predominantly focused on Chinese VIPs, said Samuel Yin Shao Yang, an analyst at Maybank. Around 90% of Macau’s visitation comes from greater China.

“Macau has been told over and over again to focus less on Chinese VIPs and more on non-gaming but they pretty much paid lip service to that idea. So now… they have to really make a hard divert to that philosophy,” Yin said.

In recent years Beijing has cracked down on the junket industry which facilitated the Chinese VIP, with the clampdown intensifying last year.

If an incumbent loses their licence, they must return the casino area to the government for free at the end of this year, making it financially unviable to operate the remaining facilities as gambling accounts for 80% to 90% of total revenue.

Genting, which has a 40% stake in developing a Macau hotel, could displace or enter into a joint venture with one of the financially weaker players such as SJM, some analysts said. However, it is unclear how this would work, including how Genting would manage unfamiliar resorts and staff.

Genting’s properties are back to pre-Covid business, while it remains a hard grind for the incumbents.

While it’s unclear how quickly Macau can recover from stringent coronavirus rules — pent-up demand is strong and the long-term outlook is not a worry said Jennifer Song, an analyst at Morningstar.

A shortened licence period of 10 years from 20 years is also not a problem, Song said, as the government would re-allocate facilities and resources to Genting if it won a licence, so they “don’t actually need to build everything from the ground”.