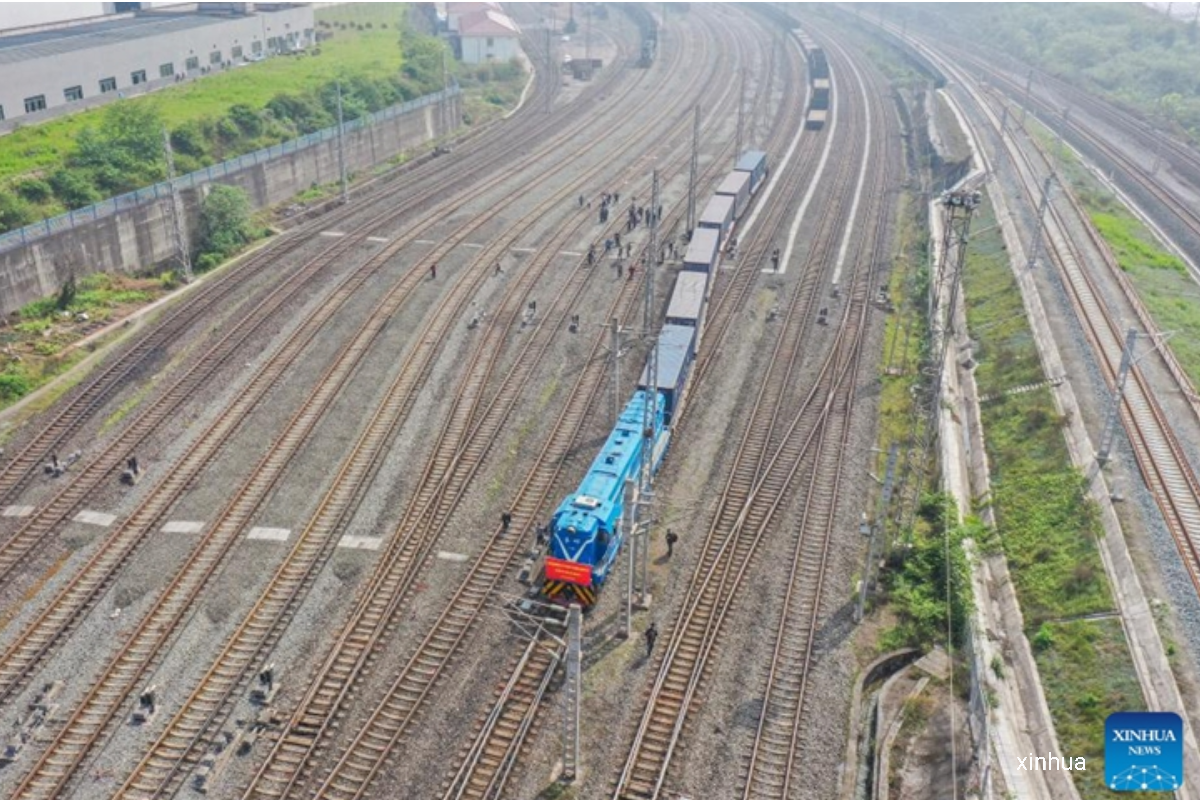 (May 25): A new international railway route from Southwest China's Chongqing Municipality to Mandalay, southern Myanmar, has officially started operation, with the first freight train departing from Chongqing on Monday, which will arrive in Mandalay about 20 days earlier than what it takes on traditional routes.

The new route is expected to strengthen Chongqing's connectivity with the Association of Southeast Asian Nations (ASEAN) and the Regional Comprehensive Economic Partnership (RCEP) members, said Ba Chuanjiang, an official from Chongqing.

The train loaded with 60 TEUs of machinery equipment, electronic components, auto parts, departed from the Liangjiang New Area in Chongqing on Monday, which will head to Mandalay, passing through Lincang, in Southwest China's Yunnan Province, Chinese media outlet cnr.cn reported on Tuesday.

The successful operation of the new route opens another logistics path for exports from Chongqing and neighboring regions, as products can reach Europe, Africa, the Middle East, and South Asia through the seaport of Mandalay, according to Yuxinou Logistics, a local rail logistics company operating the Yuxinou (Chongqing-Xinjiang-Europe) Railway.

Chongqing will further promote the integration and development of other transportation methods from the metropolis to Myanmar, while the returning train from Myanmar to Chongqing could be loaded with products of Myanmar and other Southeast Asian countries, said Xi Dan, manager of Yuxinou Logistics.

The total route is 2,000 kilometers starting from Chongqing, passing Lincang and the Mengding-Chinshwehaw border gate to Mandalay. The delivery time is 15 days, which is 20 days shorter than the traditional route and the logistics cost can be lowered by 20 percent.

The route will shorten the transportation distance and time, while optimizing the international logistics model for transporting goods from the inland region of the western part of China to many ports in the Middle East and Europe.

The new route comes as China and ASEAN members are bolstering logistics connectivity after the launch of the China-Laos Railway, a major project under the China-proposed Belt and Road Initiative, in December 2021. The railway has seen significant passenger and freight transportation, underscoring the booming trade between China and ASEAN. As of earlier this month, the China-Laos Railway had handled more than 2.7 million passenger trips and 2.9 million metric tons of cargo since it opened, according to official data.