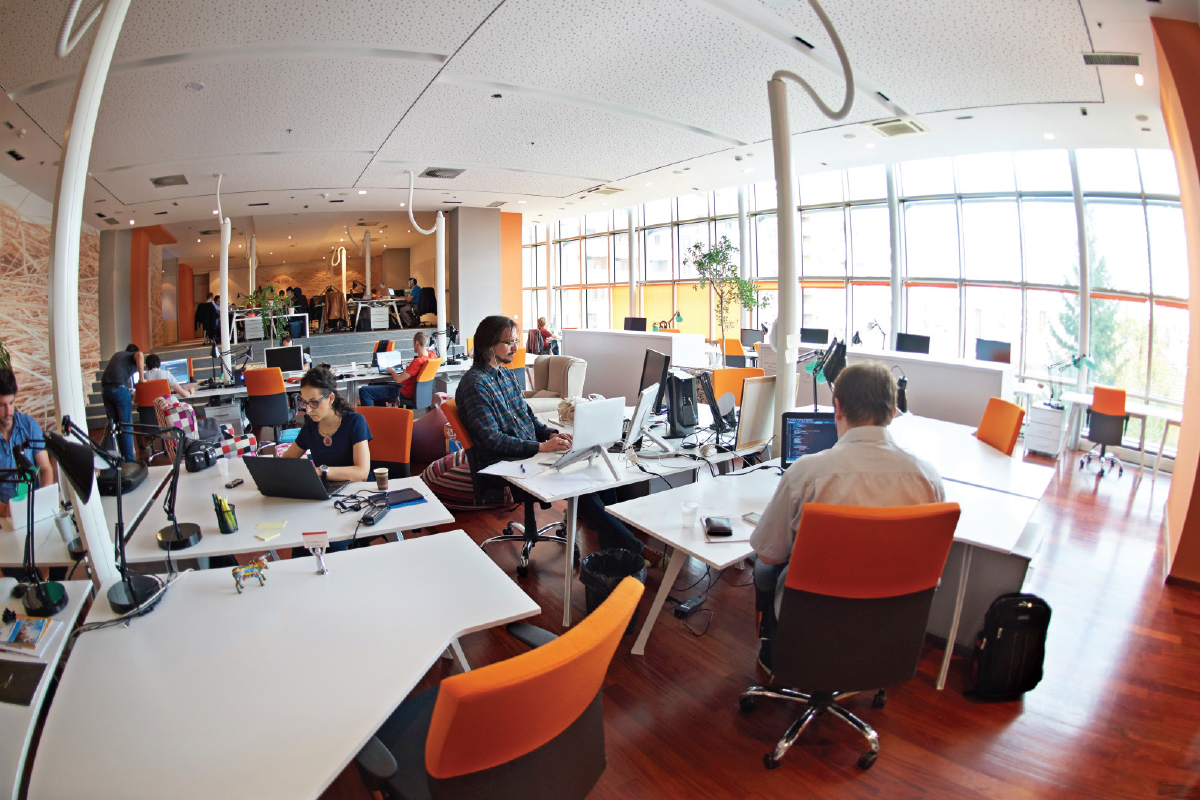 While the pandemic has forced many companies to shutter their business, technology firms have flourished over the past two years of Movement Control Orders and their various iterations. This bodes well for the office rental market.

According to JLL Property Services (Malaysia) Sdn Bhd and Knight Frank Malaysia, tech companies have mostly taken up office space on the fringes of Kuala Lumpur.

“Tech companies are largely located in the area we label as KL Fringe. However, they are scattered across a variety of buildings. Thus, the occupancy rates of these buildings can vary greatly,” says JLL country head YY Lau.

“In general, these buildings tend to have occupancy rates of 70% to 90%, or higher. JLL’s office leasing advisory team has assisted various tech companies in establishing offices or expanding their presence in these areas.”

He adds that these locations provide advantages such as good connectivity via both roadways and public transport; proximity to populated residential areas where the majority of the talent pool resides; being strategically located between Kuala Lumpur city and Selangor, thereby allowing shorter commutes; competitive or attractive rental packages; a greater concentration of buildings with Multimedia Super Corridor (MSC) status; and ample amenities and eateries. Lau: Despite the ongoing trend of digital transformation and companies increasingly allowing remote work, physical offices are still in demand as they remain an important aspect of work (Photo by JLL)

“There is no breakdown solely for tech occupiers. However, as at 4Q2021, KL Fringe had an average rental rate of RM5.60 psf per month with average occupancy estimated at 86.4%,” says Teh.

The growth of e-commerce and other forms of online services have seen tech companies increase their demand for office space, with low rental rates and plenty of office space to choose from — and they have been a boon for the office rental market.

“Office space demand among tech companies has been resilient as we in JLL have observed that this industry has seen exponential growth amid the pandemic. These companies are taking advantage of the low rental rates to expand into prominent buildings. We also note that throughout 2021, the tech sector has been a key demand driver in the leasing market,” says Lau.

“Despite the ongoing trend of digital transformation and companies increasingly allowing remote work, physical offices are still in demand as they remain an important aspect of work, being spaces where employers can interact with their employees, uphold company culture as well as add a social aspect to work. Furthermore, given the huge incoming supply, we expect rental rates to be generally attractive over the next few years,” she adds.

According to Teh, the e-commerce boom has accelerated demand for both office and industrial space. “In line with the government’s target of achieving a digital economy contribution to GDP of at least 25.5% by 2025 and becoming a technologically advanced, digitally driven nation and the regional digital economy leader by 2030 — as set out under the MyDigital initiative — we expect this growing sector to continue to be active.

“The major occupiers of the office market in the Klang Valley have traditionally been the oil and gas as well as financial sector players. It is gratifying to note that tech companies are beginning to take up space as a key demand source.” Teh: Tech companies are likely to consider buildings located within MSC Cybercities and Cybercentres (Photo by Knight Frank Malaysia)

Tech companies have particular requirements when it comes to leasing office space for their operations. Among the criteria that both property experts have observed is proximity to amenities, public transport and eateries. However, certain must-haves or good-to-have requirements have also been seen.

“Generally, during the site evaluation and assessment stage, tech companies are likely to consider buildings located within MSC Cybercities and Cybercentres as compared to other buildings. Established MSC Cybercentres or Cybercities include Mid Valley City, KL Sentral, Bangsar South, Bandar Sunway and Bandar Utama,” says Teh, who adds that MSC Malaysia has been renamed Malaysia Digital.

Lau concurs with Teh on the MSC status of buildings being an important requirement. She adds that more specific needs include service rooms that are large enough to store several server racks and equipped with high-speed internet, dual-power supply in case of a blackout, 24-hour air conditioning or flexible air conditioning hours, and raised floors so that the wiring can be hidden underneath.

Teh says security is also a big must-have for tech companies. “Buildings with good security features are in high demand as these companies work with confidential and valuable information. Other than the usual manned security system, features such as turnstiles, destination-controlled lifts, and touchless or face recognition systems are among the security features in most of the highly occupied buildings.”

He adds that other requirements include availability of a co-working option for the flexibility to scale up or down as a temporary solution; that the space be fully fitted and ready for move in; facilities such as meeting rooms for town hall meetings or training; and a space in the building’s infrastructure for a separate emergency generator set.

As for the amount of space typically taken up by tech companies, the experts say it depends on what they need the space for.

According to Lau, various factors determine rental rates. “JLL’s research and database, Real Estate Intelligence Services (REIS), shows that tech companies are largely located in KL Sentral, KL Eco City, Mid Valley City and Bangsar South. They are scattered across a variety of buildings and developments … While more detailed rental information is available in our REIS, in general, buildings in these locations command asking rentals of between RM6 and RM8 psf per month.

“At the same time, it is important to note that rental rates can vary greatly depending on the size of the requirement; willingness of landlords to negotiate; occupancy, age and quality of the building; and specific tenant requirements such as additional wiring work,” she adds.

“As JLL closely monitors the office market continuously, our research shows that the office market specifically targeting tech companies is likely to remain healthy as the sector continues to perform well,” says Lau.

Teh concurs, saying, “Tech companies such as e-commerce platforms will continue to grow as public participation in these businesses increase. Supporting businesses such as call centres and customer service centres will also be boosted by their growth.”

Other types of tech companies such as fintech firms, digital banks, e-wallet platforms and software developers will also have upside potential going forward and Knight Frank Malaysia expects them to grow, he adds. “Other sectors such as logistics and data centres may also stand to benefit as they are part of the ecosystem that allow tech companies to scale.”