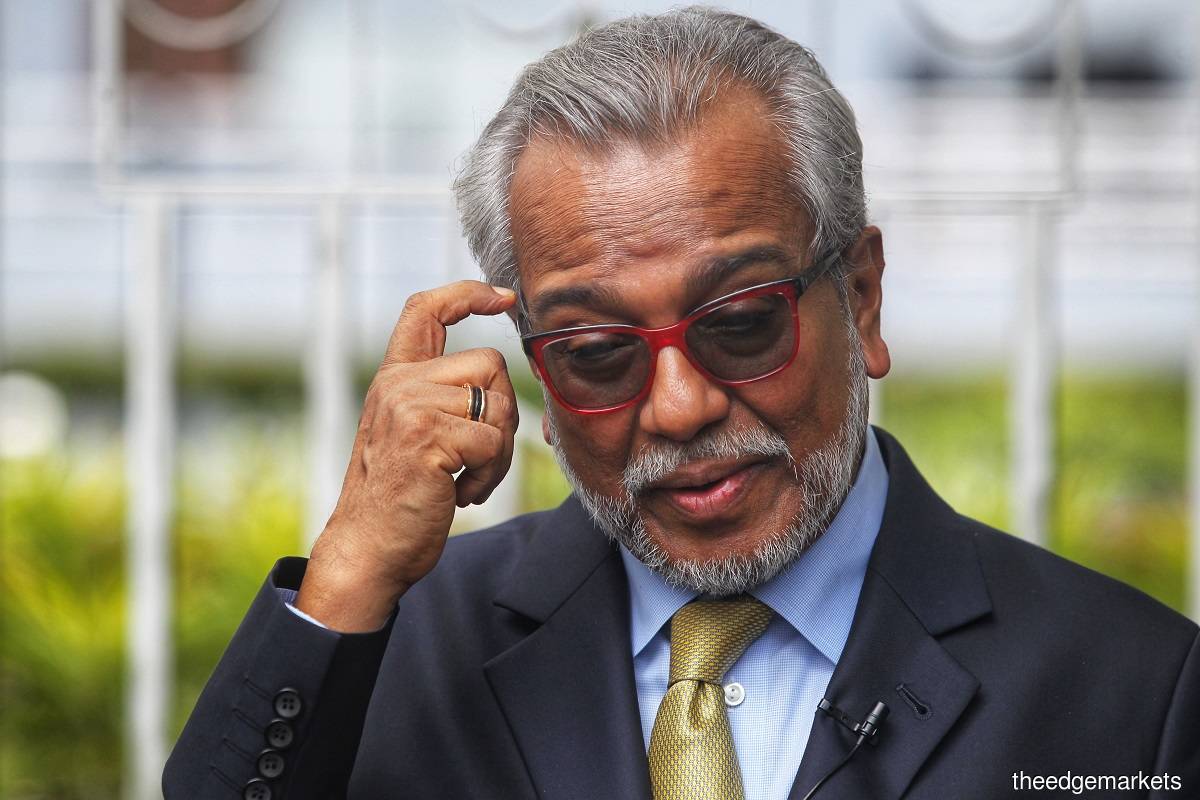 KUALA LUMPUR (Dec 5): Former de-facto deputy law minister Mohamed Hanipa Maidin said it is not incumbent on the prosecution to inform Datuk Seri Najib Razak's lawyers that authorities were investigating the family of former bank governor Tan Sri Dr Zeti Akhtar Aziz, in response to Najib's motion to call for the cross-examination of Malaysian Anti-Corruption Commission (MACC) chief in his bid to adduce new evidence from the latter in his appeal to overturn his conviction in the RM42 million SRC International case.

The motion is set to be heard on Tuesday (Dec 7).

Hanipa, who is also Sepang member of parliament, also questioned why Najib's lead counsel Tan Sri Muhammad Shafee Abdullah only now applied to adduce further evidence in the concluded SRC trial — with the decision for Najib's appeal on his conviction scheduled to be delivered on Wednesday — when the defence had actually been offered Zeti as a witness during the SRC trial, an offer which they turned down.

"Why must the prosecution tell Najib's defence that the authorities were investigating Zeti's family?

"At the end of the prosecution's case, the prosecution would offer some of its witnesses to the defence. The purpose of that is so that it would not be accused of hiding evidence, as it does not want the defence to invoke Section 114(g) of the Evidence Act 1950, on the presumption of adverse evidence," the federal lawmaker, who is also a lawyer, said.

"When it is listed as a hostile witness, the defence can even cross-examine that witness even though technically, the person they took from the prosecution is classified as the defence witness," he said.

Hanipa was commenting on Najib's latest motion to not only examine MACC chief Tan Sri Azam Baki, but also SRC investigating officer Rosli Hussein. The motion was filed last Wednesday (Dec 1), just a week before the three-member appellate court led by Justice Datuk Abdul Karim Abdul Jalil is set to deliver its verdict on Najib's appeal to overturn his conviction in the SRC case.

The authorities in 2019 started investigations into the possibility that Zeti's family was involved in the SRC case. On Nov 19, the MACC announced it had recovered US$15.4 million from Cutting Edge Industries Ltd — a company owned by Zeti's husband Datuk Tawfik Ayman and another — through the authorities there, and that the sum was said to be from Low Taek Jho, more commonly known as Jho Low.

On filing the motion last week, Shafee was asked by reporters how the monies from the IMTN bond flip in 2009 would be relevant to Najib's case, given that the timeline involved in the SRC trial started from 2011, when the Retirement Fund Inc (KWAP) gave the first half of a RM4 billion loan to SRC. Shafee, however, contended that it was relevant as Low made a substantial amount of profit to the detriment of 1MDB, which subsequently benefitted Zeti's family.

Shafee said the issue was significant as it would show that Low had known Zeti and her family far longer than Najib. He further alleged that the former governor and her family had been "compromised".

He said the central bank governor should have alerted Najib, as the then premier had already made the necessary disclosures for the purported RM42 million Saudi donation, but no red flags were raised.

He acknowledged that Zeti was offered as a witness for the defence during the SRC trial, and that the defence decided not to take up the offer.

"When Tan Sri Zeti was offered to us, we didn't have her statement. The rule of the game is to not call a witness that you don't know what they're going to say. If we had known more, I would have made the application to ask the court to call her as a court witness for cross-examination," he said.

Shafee also denied speculation that the defence was seeking to delay the court's verdict on Najib's appeal.

In the SRC case, Najib was charged with three counts of criminal breach of trust (CBT), one count of abuse of power, and three counts of money laundering involving RM42 million belonging to the company, which was formerly a subsidiary of 1Malaysia Development Bhd.

In July last year, he was found guilty of all seven charges and sentenced to 10 years in jail for each of the CBT and money laundering charges, and 12 years of jail and a fine of RM210 million for abuse of power. As the jail sentences were ordered to run concurrently, he would only spend 12 years in jail.