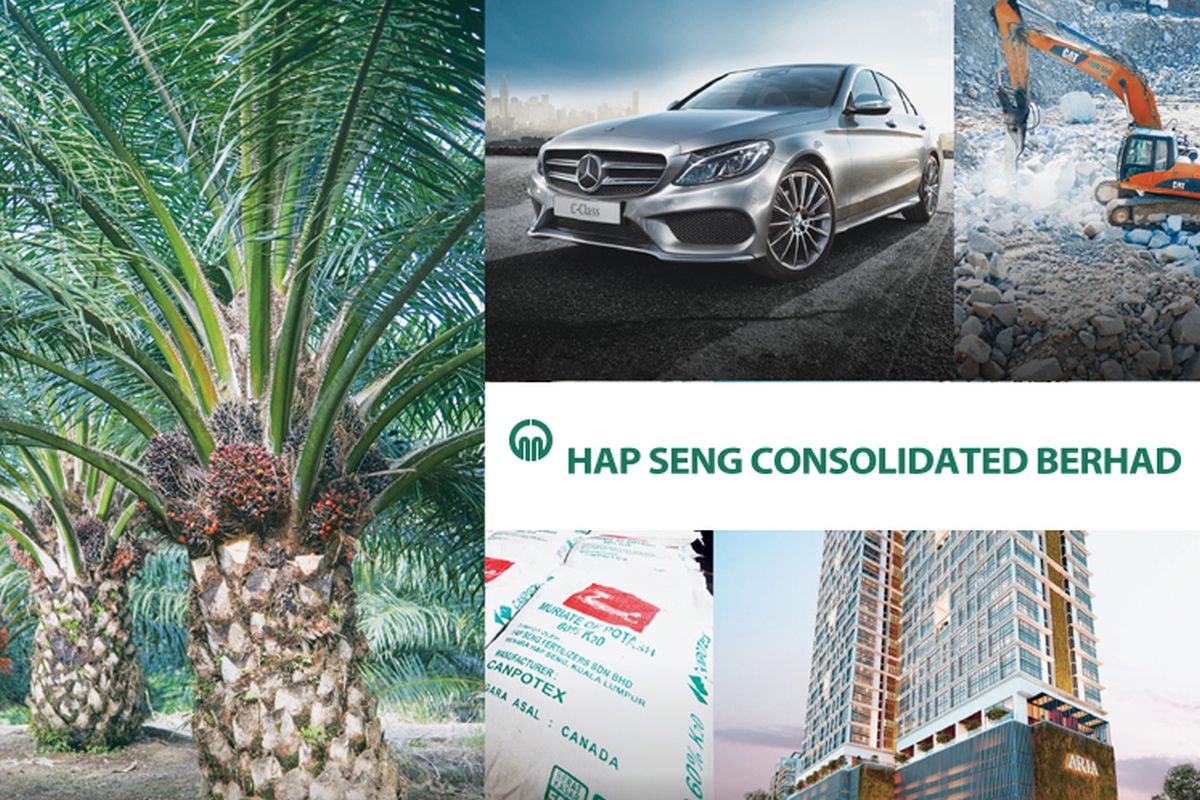 Hap Seng Consolidated’s businesses include financing and car-dealership operations besides the trading and building materials divisions.

The group’s revenue for 3QFY21 was also 2% lower than the preceding quarter of RM1.66 billion mainly due to lower revenue from the automotive division, but mitigated by higher revenue from its plantation, property, credit financing, trading and building materials divisions.

Nevertheless, the group saw operating profit rise 78% to RM591.5 million in 3QFY21 from RM331.9 million in 2QFY21 on higher profit contribution from all divisions.

Hap Seng Consolidated declared a dividend of 25 sen a share for 3QFY21. The tax-exempt dividend’s ex and payment dates fall on Dec 8 and Dec 22 respectively.

On a quarter-on-quarter basis, the group's profit before tax for the current quarter at RM561.5 million more than tripled that of the immediate preceding quarter of RM172.2 million with improved performance contributed from all divisions.

Hap Seng Consolidated is optimistic on its business outlook as the group takes into consideration factors including Malaysia’s Covid-19 vaccine-driven economic recovery.

"Based on the foregoing and despite the challenging business environment and uncertainties in the domestic and global economies caused by the pandemic, the board is of the view that the group’s overall performance for the financial year ending Dec 31, 2021 is expected to be better than the previous financial year,” it said.

Hap Seng Consolidated’s share price closed down three sen or 0.39% at RM7.62 for a market capitalisation of RM18.97 billion.