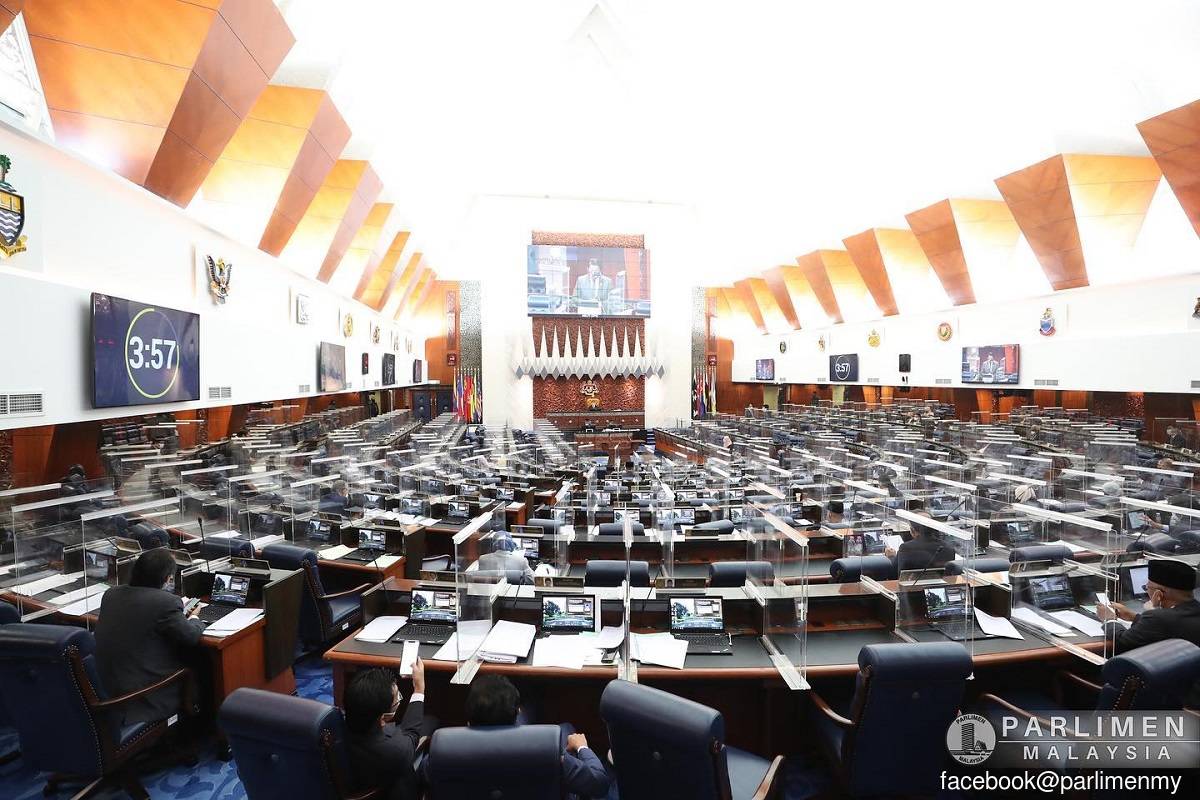 KUALA LUMPUR (July 29): A total of 56 Covid-19 positive cases were detected among members of Parliament (MPs) and officers from screenings held before the start of the Parliament session, according to Health director-general Tan Sri Dr Noor Hisham Abdullah.

The positive cases were identified from 2,093 individuals tested between July 21 and 25, 2021, he said in a statement.

Out of the 56 cases, two were members of the parliament, six were escort officers while the remaining were 48 officers from various government agencies.

“According to investigations and risk assessments, the positive cases do not have epidemiological correlations with one another,” said Dr Noor Hisham.

According to him, 39 cases or 69.6% of the overall positive cases were either unvaccinated or have yet to receive their second dose of vaccines.

“Individuals who are confirmed positive [for Covid-19] are not allowed to attend the Parliament session. They have been isolated and instructed to undergo Home Surveillance Order (HSO) including their close contacts as well, the day before the parliament session begins.

Up to July 28, four close contacts of the positive cases have been confirmed positive for Covid-19, he said, adding that none of them has been present since the first day of the Parliament sitting.

All individuals invited to attend the Parliament sitting had to undergo Covid-19 screening either at the Parliament House complex, Putrajaya health centre or other government and private health facilities.

Meanwhile, 104 individuals who attended Parliament had taken “RTK-AG Self-Test Kit” using saliva samples, and all had tested negative for the virus.

However, the ministry said monitoring and risk assessment will continue until the end of the sitting.

Furthermore, after taking into account the current Covid-19 situation in the country, the ministry has recommended limiting the number of physical attendances in Parliament as well as shortening the duration of the session.

“This matter has been proposed by the Chief Director of Health during the Coordination Meeting for Matters Relating to Special Meetings for the Dewan Rakyat following the Covid-19 outbreak on July 26, 2021 at 8pm,” said the Health D-G.

Meanwhile, it was reported that the special five-day sitting of Dewan Rakyat slated to end on Aug 2 will not be extended, according to Minister in the Prime Minister’s Department (Parliament and Law) Datuk Seri Takiyuddin Hassan.

Bernama quoted Takiyuddin as saying that the sitting will also finish at 5.30pm in accordance with Standing Order 12(1) of Dewan Rakyat.