AirAsia Group Bhd is not known for taking things slowly. In the three years between the financial year ended Dec 31, 2016 (FY2016), and FY2018, Asia’s biggest budget airline had seen plenty of ups and downs, yet its profit after tax still grew by 363.5% in that time frame.

That translates into an outstanding compound annual growth rate (CAGR) of 53.75% over a three-year period. In the meantime, its annual revenue leapt from RM6.3 billion in FY2015 to RM10.64 billion, a nearly 69% improvement overall.

The growth of its bottom line is an impressive showing among stocks in the consumer products and services category, considering that the group continued its capacity expansion amid a turbulent operating environment in that time frame.

One highlight is how AirAsia Group has managed yo-yoing fuel prices — a major cost component for any airline — in recent years, particularly as prices swung heavily in 2016 and 2017.

That meant that in FY2016, AirAsia Group rode the airstream to triple its net income to RM1.62 billion as revenue grew 8.71% year on year. However, jet fuel prices surged 23.3% the following year and remained elevated in 2018. The airline was also hit by a weakened ringgit relative to the greenback.

However, a low cost base and growing ancillary income helped to save the day for the group as it successfully defended its profitability.

Despite the jet fuel price rebound in FY2017, its revenue that year still jumped 41.8% year on year while net profit grew ever so marginally up by 0.5% year on year to RM1.63 billion. The momentum continued as the budget airline hit RM1.97 billion in net profit and RM10.64 billion in revenue in FY2018.

Of course, supporting the profitability momentum was a series of divestments by AirAsia Group in that three-year period, which yielded major one-off gains and special dividends to its shareholders.

It is worth noting that amid the headwinds, which saw many of its peers reducing capacity, AirAsia Group expanded its fleet by a third in 36 months, going from 171 planes across the group’s operations as at Dec 31, 2015, to 226 aircraft as at Dec 31, 2018.

Year to date, however, the low-cost carrier is contending with more turbulence. Up to June 30 (1HFY2019), it recorded a surprise core net loss of RM109 million versus a core profit of RM538 million in 1HFY2018.

A big factor that caused the net loss is higher maintenance costs following the sale and leaseback of virtually all of its fleet, CIMB Research says in an Aug 29 report. The research house has a “reduce” call with a target price of RM1.56.

More challenges lie ahead for AirAsia Group, according to CIMB Research. Among others, it may owe Malaysia Airports Holdings Bhd (MAHB) some RM52 million following its court defeat over airport tax collection.

Meanwhile, a new government levy on international departures beginning September could weaken demand and force fare cuts, while MAHB may also raise landing charges in January next year, CIMB Research adds. A recent rule against processing charges will see the low-cost carrier cease such collections, with a direct 6.5% hit against its ancillary income. 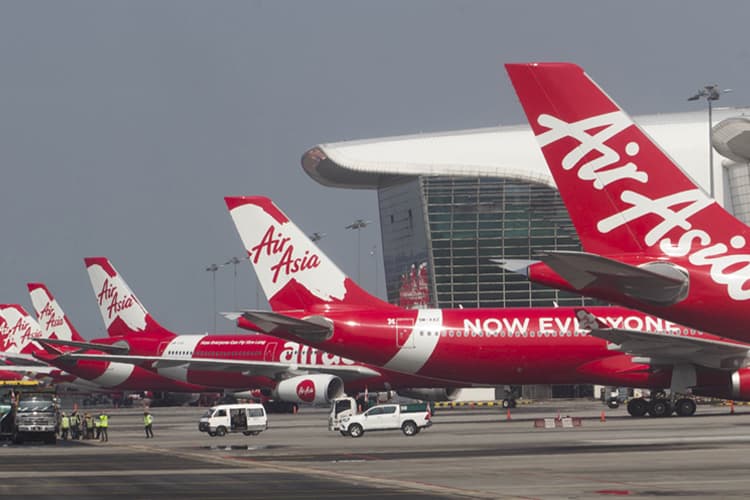