Highest growth in profit after tax over three years, Highest Returns to Shareholders over three years: CONSTRUCTION: Kerjaya Prospek Group Bhd - No shortage of contracts in the pipeline

While the construction industry is facing various challenges such as volatile raw material prices, higher labour costs and intense competition that eats into companies’ margins, Kerjaya Prospek Group Bhd has been able to maintain its strong pipeline of contracts over the past three years. 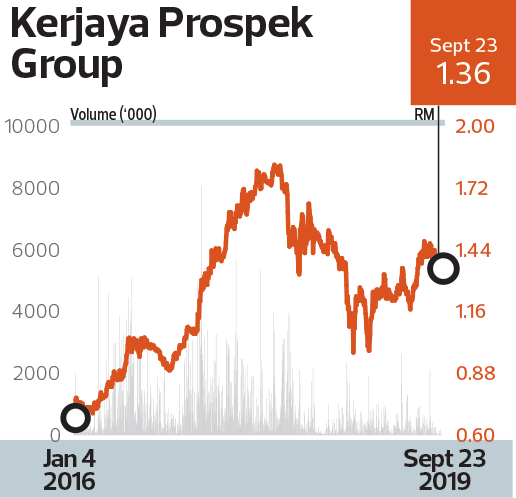 The impressive profit growth allowed Kerjaya Prospek to declare regular dividends of three sen to six sen per share between FY2015 and FY2018.

Investors seem to have taken notice of the group’s consistent performance as its share price jumped 60% over a three-year period — from 77 sen to its closing price of RM1.23 on March 31 this year.

The counter’s appreciation, coupled with the group’s dividend payouts, translated into total returns of 19%.

For 1HFY2019, the group posted a PAT of RM70.9 million, a 5% increase from RM67.51 million in the previous corresponding period, while its cumulative revenue saw a slight contraction to RM523.54 million from RM533.54 million amid the completion of certain projects.

Despite the slight dip in revenue, Kerjaya Prospek was pleased with its showing for the period, backed by its hefty RM3.4 billion order book.

In the six-month period, the group secured RM1.2 billion in building contracts, exceeding the RM989.8 million it secured the previous year.

“We have already secured RM1.2 billion [in our] order book, so the prospects for this year should be all right. We are quite positive that we will see more growth [going forward],” Kerjaya Prospek executive chairman Datuk Tee Eng Ho said in a recent interview with The Edge.

He also shared that the group is eyeing a slice of the East Coast Rail Link project, which has been revived by the government.

In a recent note, Kenanga Investment Research says the group’s strong order book provides good visibility for its income prospects over the next three years. 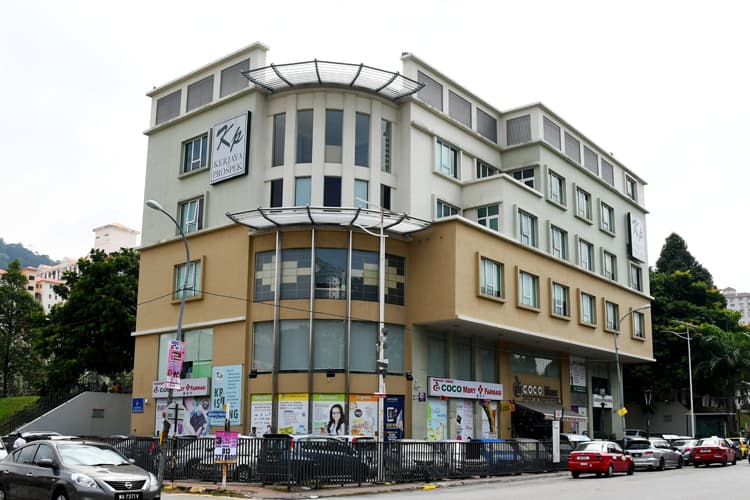