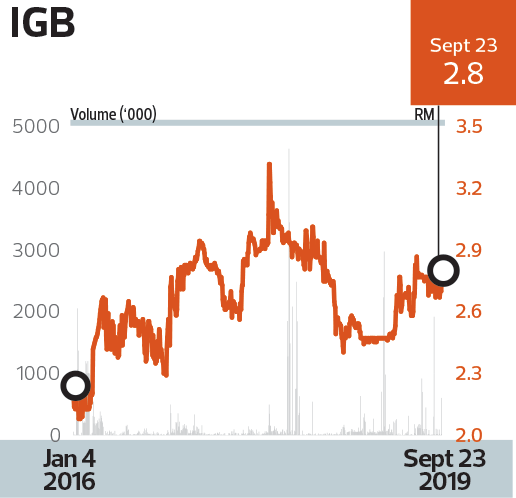 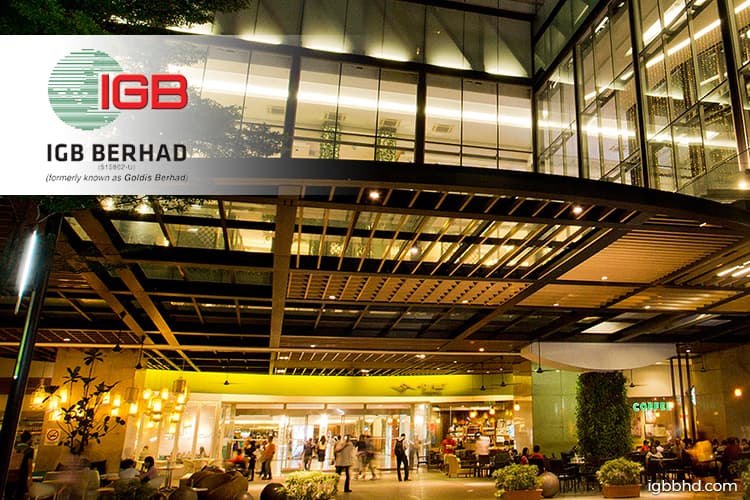 IGB Bhd completed a major restructuring exercise last year, putting it in a better position to improve its performance going forward, given the current challenges of soft a property market.

Instead of pushing on with new projects, the group reduced its project output and focused on existing ongoing developments. IGB launched a co-living space at Damai Residence and fully sold units at Damai 15, Seri Ampang Hilir, 328 Tun Razak and Bentong Hills during the year.

In FY2017, IGB — then known as Goldis Bhd prior to the streamlining exercise — achieved a 30% year-on-year increase in PAT to RM215.14 million amid a one-off gain from the sale of land by a subsidiary.

The group’s revenue remained above the RM1 billion mark for FY2017 and FY2018, at RM1.22 billion and RM1.3 billion respectively.

From FY2015 to FY2018, IGB’s PAT grew at a three-year compound annual growth rate of 29.3%, which landed the group The Edge BRC award for the highest growth in PAT over three years among property developers with a market capitalisation below RM3 billion.

To recap, in March last year, Goldis acquired the remaining equity interest in IGB Corp Bhd that it did not already own. IGB Corp was then delisted from the Main Market of Bursa Malaysia, with Goldis renamed IGB Bhd.

The acquisition saw the consolidation of the businesses of IGB and IGB Corp, creating a more cohesive, effective and efficient operating structure. The exercise, which saw minimal opposition from shareholders, comprised three options that valued IGB’s shares at RM3 apiece at the time.

This was the second attempt for Goldis to privatise IGB Corp. The first proposal did not materialise, mainly because of valuation.

In its FY2018 annual report, IGB says the exercise was a new beginning as it made significant changes to its operating structure, including the consolidation of back-office functions at Mid Valley City, one of the group’s key assets.

It also carried out a rationalisation exercise, which saw the disposal of several non-core businesses, such as its organic fish farm as well as the assets of Elements Medical Fitness. The operations of GTower Hotel and MiCasa All-Suites Hotel were consolidated as well, with the management of both hotels now falling under one entity.

While the group was busy with its streamlining exercise amid the soft property market, it did not skimp on rewarding its shareholders. In fact, IGB paid out a dividend per share of two sen FY2018, amounting to RM13.38 million for the year, higher than the RM11.82 million and RM11.8 million paid out in the preceding two years.

Although IGB expects the challenges plaguing the industry to remain for the foreseeable future, PublicInvest Research expects profit to be stronger in 2HFY2019 as the research house expects full occupancy at Mid Valley Southkey, the group’s new mall in Iskandar Malaysia, Johor. The mall saw its soft opening in April, with occupancy hovering around 80% as at end-August.

The research house maintains a “neutral” call on IGB with a target price of RM2.80, offering a 3% upside to its share price of RM2.72 at the time of writing.