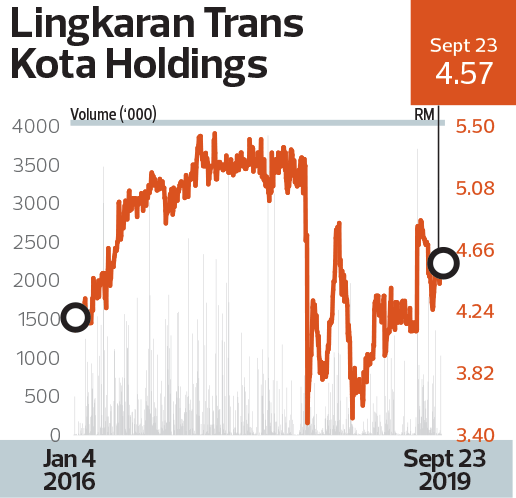 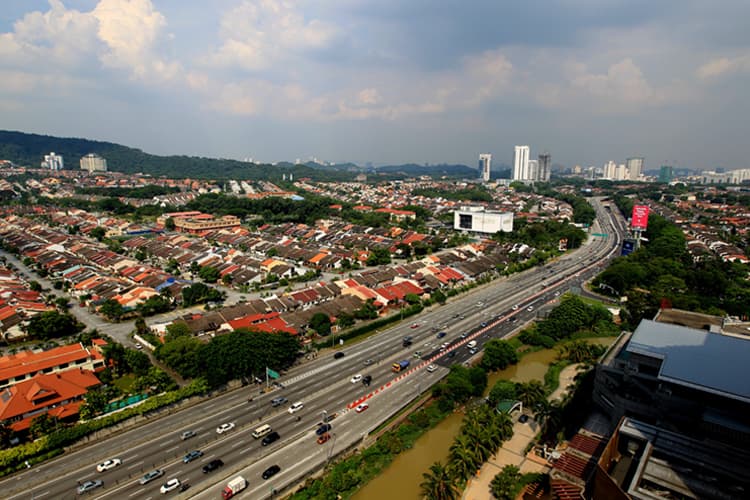 Urban development has helped drive the steady growth of the company’s toll collection.

However, Litrak saw a slight dip in its toll collection in FY2018, down nearly 2% year on year to RM523.9 million.

Highway operators do face competition nowadays. In its 2019 annual report, Litrak points out that both LDP and the SPRINT highway saw a drop in average weekday tollable traffic following the opening of the Duta-Ulu Kelang Expressway Phase 2 in November 2017. On top of that, there is a continuing migration of toll-paying highway users to alternative public transport modes such as mass rapid transit and light rail transit.

Litrak’s board has accepted the offer by the Ministry of Finance to take over its toll concessions for RM2.34 billion for LDP and RM870 million for SPRINT.

Should the proposed takeover materialise, the group will become cash-rich with no core business.

“Consequently, the company will be deemed a Practice Note 16 cash company, according to Bursa Malaysia’s Main Market Listing Requirements. As such, the board will have to decide on the utilisation of the proceeds derived from the sale of LDP and the SPRINT highway and reassess the future direction of the company,” says chairman Tan Sri Ambrin Buang in the annual report. “The board is currently assessing the options available to the company and our shareholders.”

Prior to the takeover offer, the government had announced a freeze on toll rates for all 21 highways — which were supposed to be eligible for an increase this year — to alleviate the burden of the rising cost of living of the people.

Accordingly, toll rates at the LDP, Kerinchi Link and Penchala Link will remain unchanged. Compensation payable by the government will be determined in accordance with the provisions of the respective concession agreements.