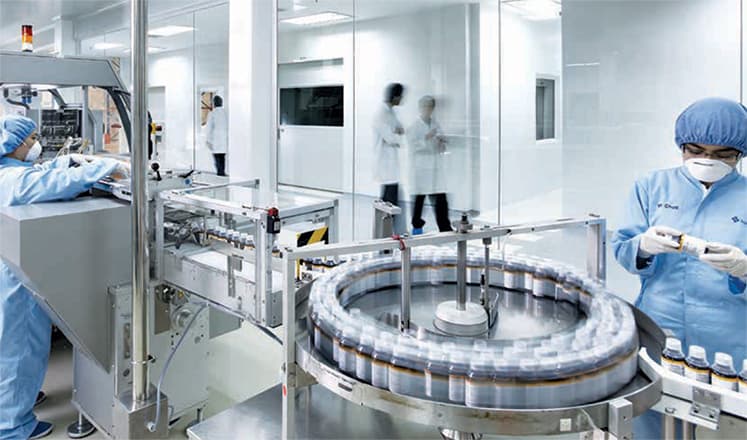 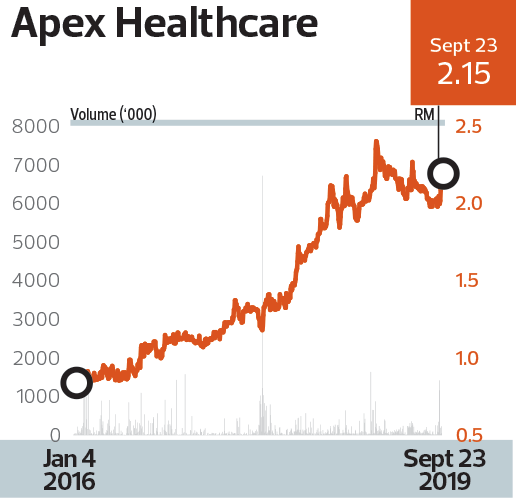 Shareholders of the pharmaceutical group have received regular — and rising — dividend cheques in the past three years. It declared dividend per share of 11.5 sen for the financial year ended Dec 31, 2016 (FY2016), 12 sen for the following financial year and 13.5 sen in the subsequent one, with a payout ratio of 39%, 32% and 27% respectively.

In FY2018, shareholders received an extra reward in a three-for-one bonus issue without capitalisation of retained earnings.

All of its key business units showed consistent growth, with revenue growth strongest in the sale of group-branded pharmaceutical products to the government sector in Malaysia and Singapore, contract manufacturing and exports to international markets. Malaysia accounted for 68% of total revenue in FY2018, with international operations and markets accounting for the remainder.

In 2018, Apex Healthcare’s distribution arm processed 530,000-plus invoices in Malaysia and Singapore, fulfilling orders for more than 1.4 million line items to its customers there.

The group’s gearing ratio stood at 7.7% in FY2018, as borrowings went up to RM29.9 million to part-finance the construction of SPP NOVO.

For 1HFY2019, Apex Healthcare reported an 8.4% year-on-year decline in net profit to RM24.62 million due to higher operating and finance costs arising from the setting up of SPP NOVO. Still, its revenue grew 4.1% year on year to RM337.5 million.

Emphasis is placed on developing sales that will increase capacity utilisation of SPP NOVO.

However, FY2019 will continue to be a challenging year for the group, in view of the uncertain global economic prospects, foreign exchange volatility and higher operating expenses from establishing SPP NOVO.

Unforeseen circumstances aside, the board expects the group’s fundamentals to support a satisfactory performance for the year.

In an Aug 22 note on Apex Healthcare, Affin Hwang Capital notes that Apex Healthcare’s weaker performance in 1HFY2019 was partially offset by stronger contributions from Straits Apex, which grew 121% year on year to RM3.3 million on improved sales. Affin Hwang says the associate company of Apex Healthcare has managed to secure new customers as a result of the US-China trade tensions, as most of its customers are US multinational corporations.

While Affin Hwang is positive about the progress of SPP NOVO, it expects the new plant to be in gestation for at least one to two years, which will adversely impact its earnings in the near term.