Highest returns to shareholders over three years: Property — Below RM3 billion market capitalisation: Sunsuria - Setting itself apart through catalysts such as the Xiamen University Malaysia campus

Sunsuria Bhd may have had a slight edge when it comes to winning the award for highest returns to shareholders over three years — the injection of projects with a gross development value of about RM10 billion by executive chairman and largest shareholder Datuk Ter Leong Yap.

This has certainly fuelled the growth of the company, formerly known as Malaysia Aica Bhd, which Ter took over in January 2014.

Ter does not like to call the exercise a reverse takeover. He refers to it as “nurturing Maica to become a property company”. But that should not discount the long road the company has travelled, not only to join the ranks of the Billion Ringgit Club, but also to bag an award.

Of course, Sunsuria did not get to where it is today with corporate exercises alone. The group has carved out a modest slice of the saturated property market for itself by taking risks in new concepts. 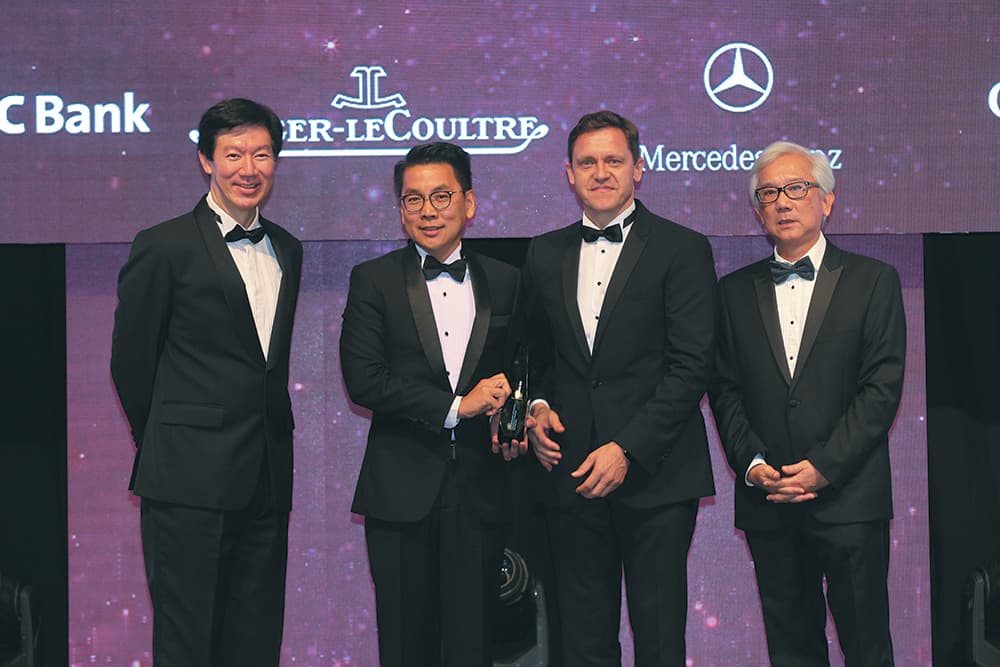 “[One of our biggest challenges was] developing Sunsuria City from an unknown greenfield development into an international landmark that co-exists with the Xiamen University Malaysia Campus (XMUM), a world-class research university and the first overseas campus of a top-ranked university from China,” Ter tells The Edge.

Sunsuria City was officially launched in April this year. XMUM was an RM1.3 billion investment that has come to anchor Sunsuria’s 525-acre township in Putrajaya. The entire Sunsuria City has a GDV of RM6.4 billion.

Phase 1 of the university has already been completed. Once Phase 2 is finished in 2020, the campus is expected to accommodate 10,000 students. 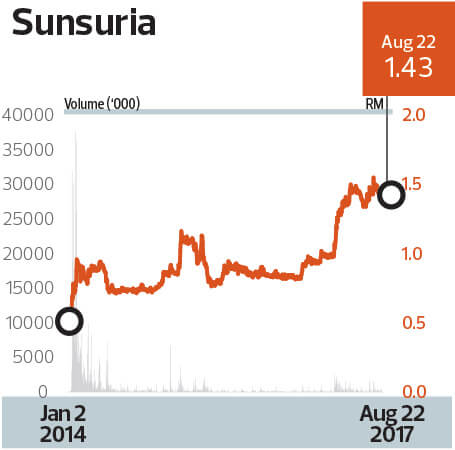 “Finding the right content and catalyst are the key success factors of our development. This was crucial in order to enhance the value and sustainability for both residents and investors in Sunsuria’s  development,” explains Ter

In fact, he says his main targets going forward are not only to seek new land bank, but catalysts to “deliver more unique and signature developments”.

In addition, he says the group is looking to “nurture the construction division to complement our development business by adding a new frontier of growth for Sunsuria”.

Property development is, of course, a competitive game and developers are always looking to set themselves apart.

How does Ter aim to separate himself from the pack?

“We are positioning ourselves as a catalyst developer, or a content developer, leveraging the strong network and resources that set us apart from the other developers,” he says.