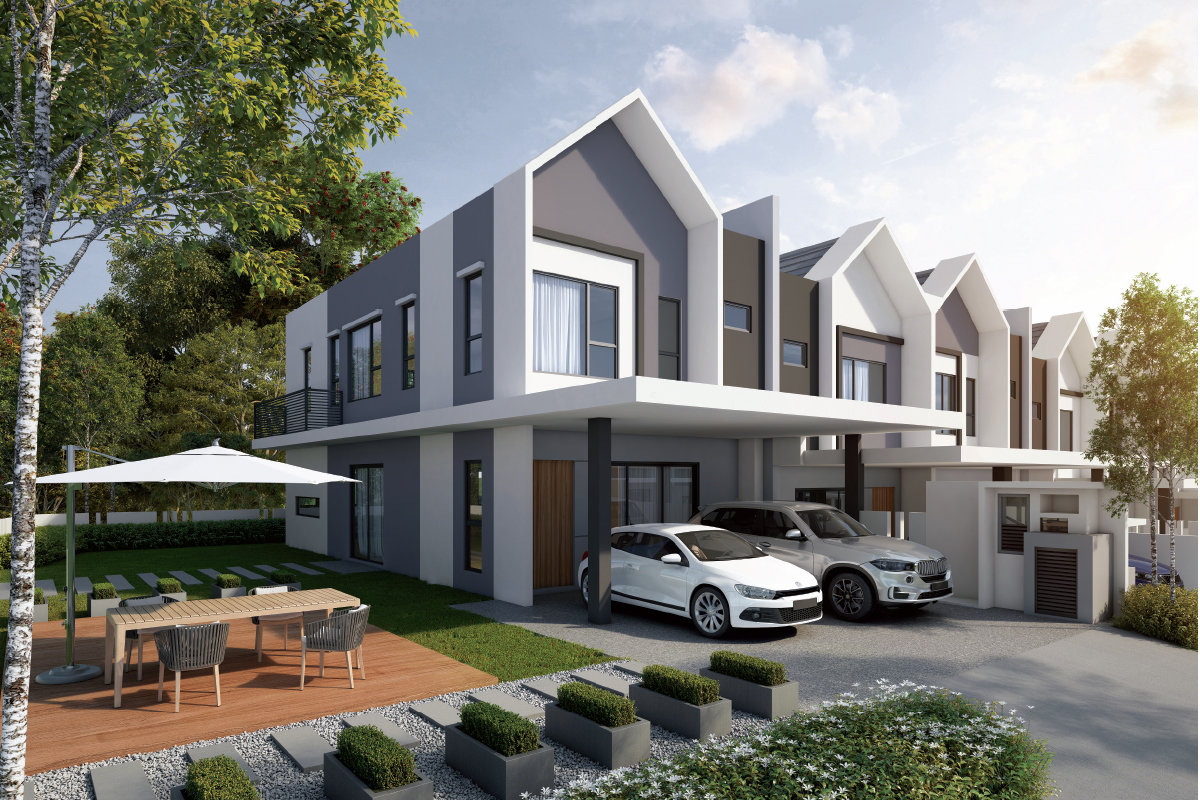 Phase 2D has a GDV of RM105.9 million and will comprise 80 units of two-storey link villas (Photo by IJM Land)

IJM Land Bhd is set to launch Phase 2D of its Sierra Hijauan development in Ukay Perdana, Ampang, on Sept 13.

Sierra Hijauan spans 32.77 acres and has an estimated gross development value (GDV) of RM567 million. The development comprises a total of 310 residential units and is 45% developed to date.

IJM Land senior general manager (central region) Datuk Hoo Kim See tells City & Country in a virtual interview: “Inspired by the beauty of nature and the landscape of its surroundings, houses in Sierra Hijauan are designed to bring in as much nature as possible and at the same time, provide a luxurious lifestyle that the development offers.

“Sierra Hijauan is an exclusive sanctuary for homebuyers who want to be close to nature and the Kuala Lumpur city centre.”

The project is nestled among the foothills of the Ampang Forest Reserve, also known as Hutan Lipur Ampang.

“We wanted not only a name that could be pronounced easily but to also provide residents with an avenue to realise their ideal lifestyle,” Hoo explains.

The name is derived from the Spanish word sierra, which means a range of hills, and hijauan, which means greenery in Malay. Hoo: Sierra Hijauan is an exclusive sanctuary for homebuyers who want to be close to nature and the Kuala Lumpur city centre (Photo by IJM Land)

With only 12 units per acre, Hoo says the homes will have a functional and open layout design, as well as large windows to allow for natural lighting and cross ventilation to promote a healthy lifestyle.

The targeted market will be upper-middle and high-income buyers, including working professionals, young and multigenerational families, upgraders and retirees.

“We estimate some 70% of the units to be purchased by non-bumiputera buyers with the balance taken up by bumiputeras. The houses are also expected to see a capital appreciation of 10% to 15% when completed in 2024,” he adds.

Due to the positive response to Phase 2C, the developer is optimistic about the demand for Phase 2D.

“There will also be a two-storey indoor clubhouse, which will consist of a swimming pool, gymnasium, games room, reading room and function room. The maintenance fee is estimated at 20 sen psf per month,” says Hoo.

The project is included in the Home Ownership Campaign, which has been extended until Dec 31 this year. Buyers are entitled to benefits such as stamp duty exemption on the sale and purchase as well as the loan agreements.

Hoo says the developer will continue to build its brand presence and integrate it into its marketing efforts. “We will not only focus on promoting our products via online marketing campaigns, but also digitise our consultative process and communication framework with potential and existing homebuyers, such as providing a virtual reality experience for them to view the show units. We will also work closely with the appointed real estate agencies to market our projects to their database.”

IJM Land plans to launch Phase 2E of Sierra Hijauan, comprising 25 units of semi-detached houses, next year. The details have yet to be firmed up.