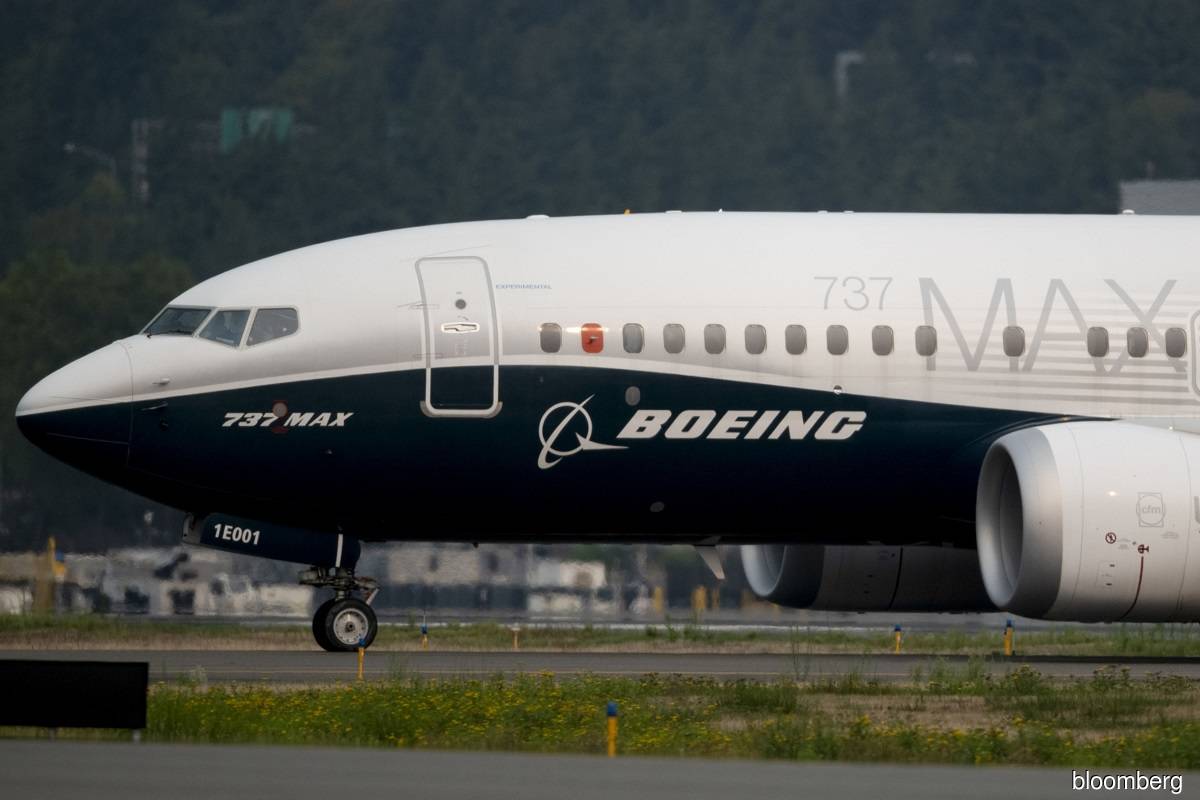 NEW DELHI (Aug 12): India is set to allow Boeing Co's 737 MAX jets to resume flights in the country within days, according to a person familiar with the matter, clearing one of the last remaining hurdles for the US plane-maker as it seeks to get the model flying again worldwide.

The South Asian nation has been satisfied with the plane's performance since it was un-grounded in the US, Europe, and a number of other nations, and Boeing has met India's own requirements, which included setting up a MAX simulator there, the person said, asking not to be identified because the matter is confidential.

Rajeev Jain, a spokesman for India's aviation ministry, said a decision on un-grounding the MAX is awaited. A representative for Boeing said the company continues to work with global regulators to safely return the MAX to service worldwide, adding that more than 170 out of 195 global regulators have opened their airspace for the model.

Clearance in India will be a coup for Boeing, ending the plane's more-than-two-year grounding in a country where Airbus SE's A320-family of aircraft dominates the skies. It would leave China as the last major hurdle for Boeing, given almost all other major aviation markets have allowed the jet to fly again following extensive fixes. Beijing moved first to ground the MAX in 2019 after two deadly crashes, triggering a cascade of orders from aviation authorities around the world. Boeing conducted a test flight for regulators in China on Wednesday, the first sign of a potential thawing.

Akasa, a new Indian airline backed by billionaire investor Rakesh Jhunjhunwala, has also approached authorities about its desire to operate 737 MAX jets, the person said. Boeing was in advanced discussions with Akasa to sell it as many as 80 MAX planes, and was likely to offer steeper-than-usual discounts, Bloomberg News reported earlier this week.

SpiceJet Ltd, the only Indian carrier that has 737 MAX jets on order and is currently in discussions with the plane-maker on a compensation package, has not asked Indian authorities to lift the flight ban, the person said.

Shares of SpiceJet jumped as much as 6.9% in Mumbai, their biggest jump in more than two months. Boeing rose 0.1% in pre-market trading.

Representatives for SpiceJet and Jhujhunwala did not immediately respond to requests for comments.

In April, India allowed MAX jets registered in other nations to enter Indian airspace if the flight was permitted by the registering authority of that country. That ruling came almost two years after two crashes within five months killed 346 people in Indonesia and Ethiopia, leading to the worldwide grounding.

India may allow imported and brand-new MAX jets to fly immediately, but grounded planes will need about a month to become airworthy again, the person said. The delay in approving the MAX to fly again was driven in part by the regulator's wish to first gauge public sentiment towards the model, they said.

India, until recently the world's fastest growing aviation market, is increasingly key for global plane-makers. An emerging middle class is flying for the first time and Boeing forecasts airlines in the country will require more than 2,200 new jets worth almost US$320 billion over the next 20 years.