Industrial sector remains bright spot in the US 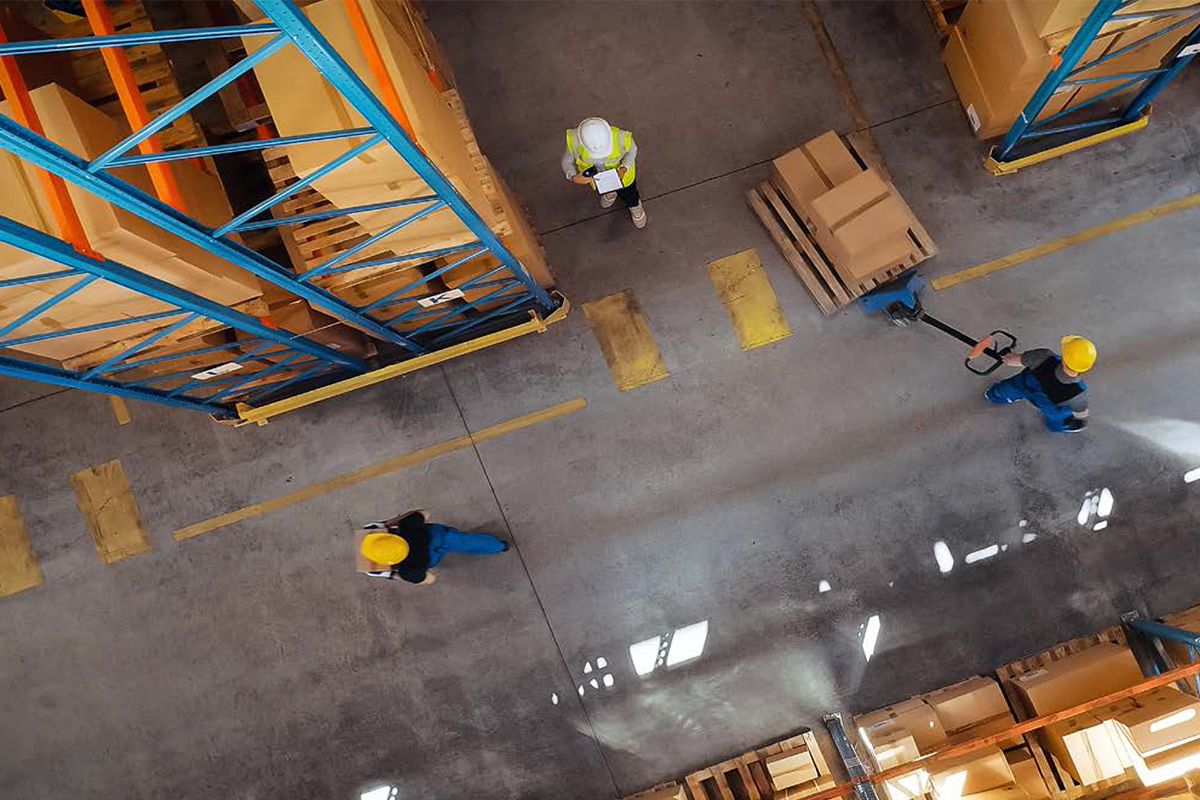 Industrial sector remains bright spot in the US (Photo by Colliers)

This year is shaping up to be another banner year for the industrial sector in the US. The top 25 markets in the country have maintained some of the best market fundamentals ever recorded and sustained low vacancy rates, and property developers have remained active in these markets despite Covid-19, according to Colliers International in its “Demand pushes vacancies down in industrial hubs — an inside look at the Top 25 US industrial and logistics markets” report, released on June 18.

Eight of them, including Phoenix, Indianapolis, Memphis and Houston, recorded inventory increases larger than 4% year on year, while Atlanta, Dallas-Fort Worth and New York City metro added more than seven million sq ft during the first three months of the year.

“The overall inventory increased 2.2% y-o-y, except for New York City metro, Cincinnati, Minneapolis, San Francisco Bay Area, Detroit and Cleveland, whose growth did not exceed 1%. These markets also maintained some of the lowest vacancy rates on the top 25 list, suggesting that these tight markets have limited land available to develop,” says the report.

“While the Phoenix market reported an annual growth rate of 5.4%, it also experienced the largest quarter-on-quarter change, where inventory increased by 3.5%, and was the only market to record a quarterly change of more than 2%. Indianapolis completed nearly three million sq ft during the first quarter, which included two projects for Ambrose Property Group, totalling more than one million sq ft — a 508,000 sq ft facility at Westpoint Business Park in Mooresville and a 506,000 sq ft facility at the Mount Comfort Logistics Center in Greenfield.”

The overall industrial market’s net absorption increased 66.7% y-o-y and posted a record of 109.7 million sq ft. “The top 25 industrial markets accounted for more than 75% of overall occupancy gains in the US whereas those outside of the top 25, namely Salt Lake City, Stockton, Las Vegas, Birmingham, Savannah, Reno/Sparks and Nashville, recorded positive absorption of more than one million sq ft,” says the report.

Of the 25 markets, 11 of them — including Atlanta, Phoenix, Cincinnati and South Florida — recorded significant y-o-y increases in occupancy gains and more than doubled their totals. In contrast, Milwaukee, Baltimore, Houston and Charlotte reported a drop in absorption y-o-y.

According to Colliers International, the average asking rent for industrial properties have increased for three consecutive years and measured US$7.28 psf at the end of the first quarter — a 2.8% increase over the previous quarter and a 5.4% increase y-o-y. The limited space availability has also pushed rents increasingly higher, with record-low vacancies in many parts of the country.

In terms of industrial products under construction, there were 355.6 million sq ft at the end of the first quarter, and the top 25 markets accounted for nearly 77% of all industrial developments. Dallas-Fort Worth, Atlanta, Greater Los Angeles and Chicago each posted more than 20 million sq ft under development, and were responsible for 30.5% of all industrial products under construction in the country.

Meanwhile, new supply of industrial properties decreased 16% y-o-y, totalling 73.2 million sq ft. Record-low vacancies, however, are driving development in many markets and deliveries are anticipated to increase by year end. There were 21 facilities of more than one million sq ft each completed in 1Q2021, with a noticeable decline in the number of Amazon deliveries — fewer of these mega deliveries are set to house the e-commerce behemoth.

Most of the 25 markets delivered more than one million sq ft in 1Q2021, with just eight markets not reaching that threshold. The Chicago market delivered the most space of over 8.5 million sq ft during the period, with nearly 60% of completed projects delivered on a build-to-suit basis. Over half of the 25 markets recorded a y-o-y decline in new supply, including Cleveland, Kansas City, Charlotte, Houston and Greater Los Angeles. Consequently, the record pace set this year will be difficult to duplicate, yet demand for industrial space has yet to subside.

The report highlights that the vacancy rate had decreased 5.2%, with 10 industrial markets recording vacancies lower than 2%. Despite the 73 million sq ft delivered in 1Q2021, the vacancy rate remained under control. But new speculative facilities delivered less than fully occupied could push vacancies higher in the coming quarters as the markets begin to stabilise.

“Interestingly, 16 of the 25 markets indicated vacancy [rates that were] higher than the national average, with the Houston market having the highest vacancy at 9.2% while only two markets recorded vacancy lower than 4% — New York City metro (3.48%) and Greater Los Angeles (1.99%). Nine markets also posted y-o-y vacancy declines, including Atlanta, Columbus, Cleveland, Phoenix and Greater Los Angeles. More than half of the 25 markets recorded higher vacancies than at the beginning of 2020, while Denver, Houston and Indianapolis posted the highest increase over 2020.”