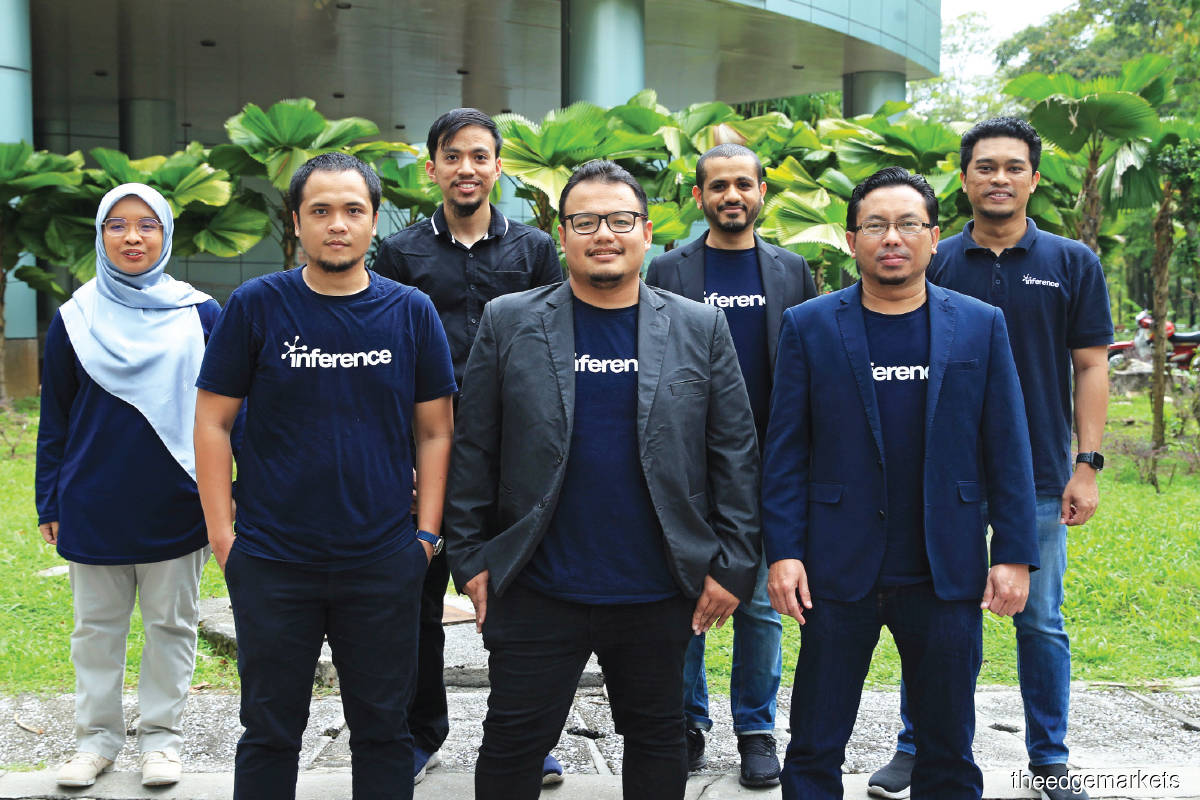 When Inference Tech Sdn Bhd started out close to two years ago, it focused on providing facial recognition technology solutions in Malaysia. But at that time, bigger and more established players in China were gearing up to enter the local market.

Inference Tech’s CEO Izad Che Muda tells Digital Edge that the company hit a roadblock because it was having trouble selling its facial recognition technology solutions locally. “China, being a surveillance state, perfected the technology and it was hard for a start-up like us to compete with them from a technological standpoint and commercial pricing.”

At that time, the company had a health and safety pilot project that was running at Petronas sites called Eyesite. This was a video monitoring technology that had been designed to identify and alert the person in charge when a worker at a specific site is breaking safety rules. For example, at a construction site, Eyesite can detect if a worker is not wearing a helmet or gloves.

Fast forward to early this year when Covid-19 hit and borders were shut. That presented the company with a second chance to make its mark in the local market, thanks to Eyesite.

At the time, the Movement Control Order (MCO) was being lifted and companies were putting in place standard operating procedures (SOPs) to restart operations. Inference Tech decided to extend Eyesite to include a Covid-19 module. Izad says that within two weeks, the team developed a module that was able to detect the usage of face masks, whether people were socially distancing and even temperature checks.

The company later developed a two-in-one thermal and facial recognition scanner so that companies can record a person’s attendance and temperature simultaneously when they enter the workplace.

“Eyesite is definitely the most in demand this year because of Covid-19,” Izad says.

“Hopefully, our clients will see that AI [artificial intelligence] drones and CCTV cameras will help them reduce risks at worksites and eliminate or reduce work stoppage in the post-Covid-19 world.”

Izad adds that Petronas has continued to show its support for Inference Tech as it is looking to deploy Eyesite at other Petronas sites. This is because Eyesite is able to shave about 10% off Petronas’ budget for safety solutions.

Over the last few months, Inference Tech has been working with Petronas to test out new solutions. The most recent is an automated AI-driven drone surveillance to complement and augment security guards and safety officers on site.

This security-focused solution was put in place to reduce the security guards’ exposure to other people and Covid-19. With the drone, security guards can carry out surveillance and monitoring routines in the safety of their guardhouses.

“The end result is twofold. One, they get automated reporting of the violation, and two, they can minimise their risk of contracting Covid-19. This applies to the security guards as well.”

What’s in store for the future?

The systems used by local councils are disjointed and non-centralised, says Izad, and so it adapted Cityscape to InfraSEL [the Selangor infrastructure solution], which will enable the local council workers to detect potholes and other road defects through a dashcam as well as to carry out traffic monitoring.

The system leverages AI, data science, and the internet of things (IoT) to help local councils do their work faster and more cost-effectively. Inference Tech has digitised the processes, starting with the process of collecting or gathering reports from road users.

User complaints via the app and hotlines are collected through Cityscapes. It also scours social media, picking up keywords, location tags and images of complaints.

The next step was to make things easier for the local council workers to identify potholes using a dashcam, says Izad. Inference Tech uses drones and dashcams with its software to identify road defects. The system is automated and will detect and geotag potholes, with a very slim possibility of missing defects.

Izad says following its pilot project, the Selangor government has taken on the company to begin work on 4,000km worth of Selangor state roads in February 2021. A command centre for this initiative has been built in the Selangor State Secretary building.

Izad says he noticed a significant increase in awareness when it comes to AI, machine learning and other deep tech jargon. He says private companies and government bodies are more receptive to fancy, but somewhat unproven technologies. This rise in technological literacy, he believes, is thanks to the pandemic.

“I notice it in the line of questioning. Instead of the typical ‘What is AI’ query, we get questions like, ‘How much will it cost us to deploy seven drones and five cameras?’ The tech awareness is significantly more noticeable this year and that is a great thing.”