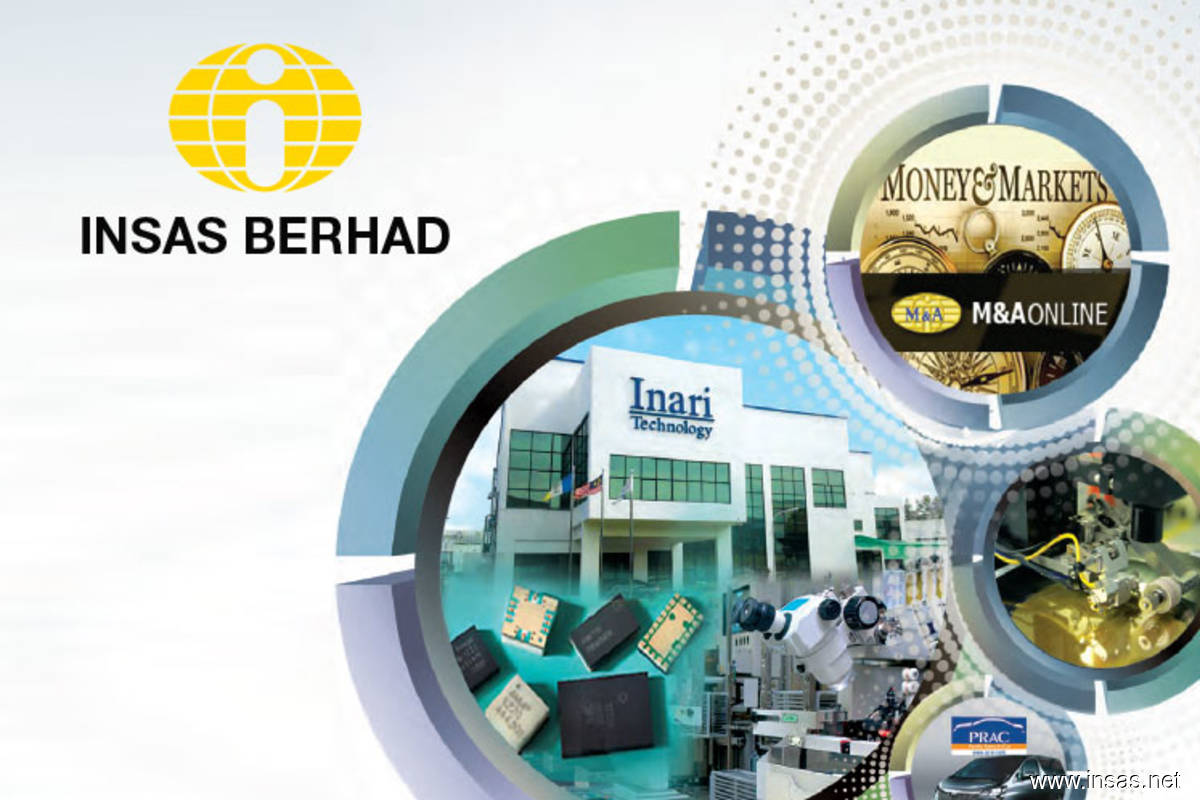 With the sale proceeds plus its existing cash pile, SYF will allocate RM102.4 million to declare a special dividend of seven sen per share plus capital repayment of 11 sen per share to reward its shareholders.

The securities firm is valued at RM222 million, representing a price-to-book valuation of 1.2 times — which is generally higher than most banks listed on Bursa Malaysia — and a price-to-earnings ratio of 11.8 times.

Under the proposal, Insas will inject M&A into SYF, comprising 100 million ordinary shares and 60 million redeemable convertible preference shares, in exchange for 1.58 billion new SYF shares at an issue price of 14 sen per share, SYF said in the filing with Bursa Malaysia.

With the sale proceeds plus its existing cash pile, SYF will allocate RM102.4 million to declare a special dividend of seven sen per share plus capital repayment of 11 sen per share to reward its shareholders on an entitlement date to be determined later.

However, the company has also proposed a one-for-two renounceable rights issue at 14 sen per share to raise about RM39.8 million, and a restricted issue of 215.45 million new shares to eligible directors and employees of the enlarged SYF, including M & A Securities and its subsidiaries and persons who have contributed to the business of M&A.

The consideration shares and restricted issue shares will not be entitled to the proposed cash call.

In total, the rights issue and restricted issue are expected to raise RM69.98 million, of which RM50.26 million will be utilised to settle the amount owed to its sister company Insas Technology Bhd.

SYF share price closed at 42.5 sen on Wednesday. The stock was trading at 17 sen a year ago.

The existing SYF shareholders will gain 22 sen for every two shares they own, should they subscribe to the one-for-two rights issue.

“The proposed disposal of M&A is essentially a backdoor listing of M&A via SYF, which will enable Insas to create a separate listing platform for M&A on the Main Market of Bursa Securities,” the company said in a statement.

Insas added the listing status of M&A will enable the latter to raise future equity and debt funding requirements through the capital market, expand its customer base, as well as retain and attract new employees from the financial services industry.

Upon completion of the backdoor listing exercise, Insas will emerge as the controlling shareholder of SYF with a 75.9% stake, from 8.8% currently. Insas will seek an exemption from undertaking a mandatory offer for the remaining shares it does not own.

SYF will be renamed as M & A Capital Bhd, which will be principally involved in the business of financial services.