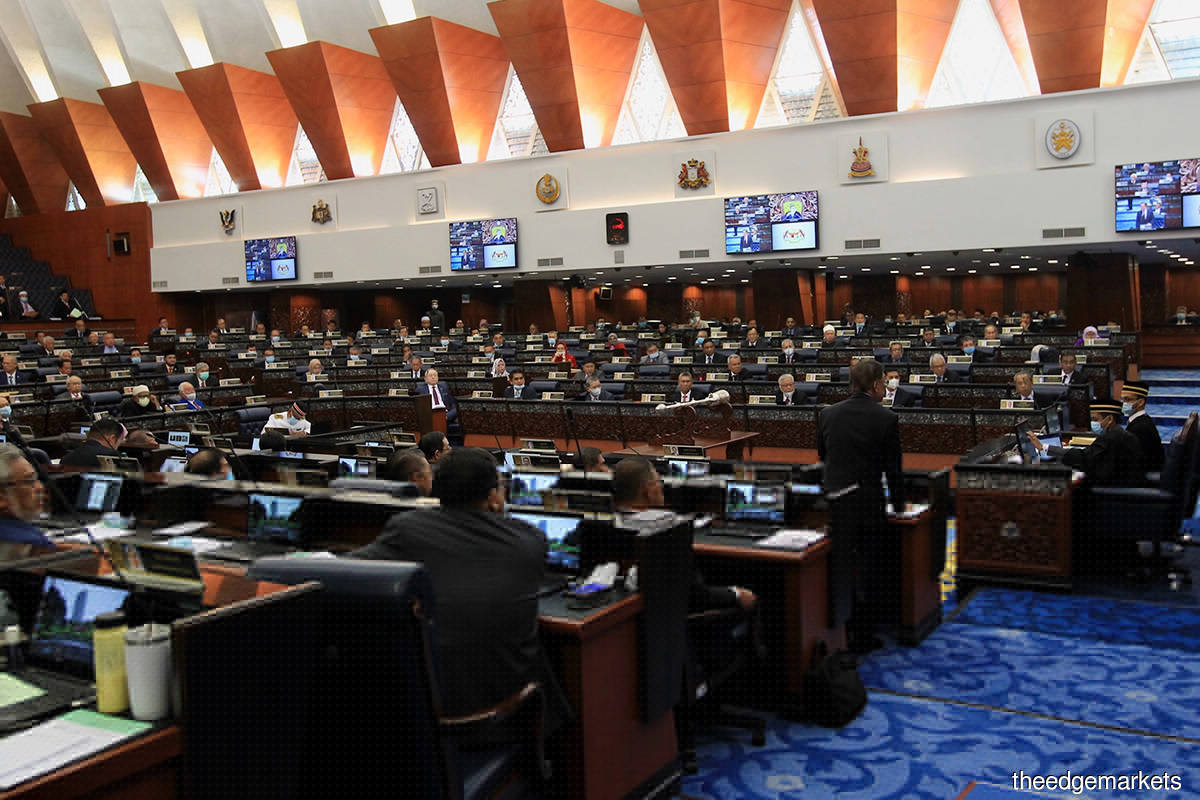 KUALA LUMPUR (July 27): Issues regarding the revocation of the Emergency Ordinances and the rights of contract doctors continued to be raised on the second day of the Special Sitting of Parliament, in addition to suggestions for improvements to be made in the effort to contain the Covid-19 pandemic.

The atmosphere in the Dewan Rakyat today was akin to a “heated courtroom battle” when several members of parliament, many of whom with legal background, questioned the announcement made yesterday about the revocation of the Emergency ordinances, which they described as unclear, if anything.

Tan Sri Noh Omar (BN-Tanjong Karang) said despite being a member of the Special Independent Emergency Committee 2021 himself, he was unaware of the revocation announced by Minister in Prime Minister's Department (Parliament and Law) Datuk Seri Takiyuddin Hassan.

Dewan Rakyat Deputy Speaker Datuk Seri Azalina Othman Said, during her slot chairing the meeting, said she also shares the same opinion on the matter as an MP.

Takiyuddin then informed the House that a full explanation on the matter will be given next Monday, before Speaker Datuk Azhar Azizan Harun, who was chairing then, said he would maintain the same ruling he made yesterday.

The situation calmed down when Health Minister Datuk Seri Dr Adham Baba went on to brief the House on the country’s Covid-19 situation, touching on types of transmissions and case numbers, and also measures taken by the government to set up more Covid-19 quarantine and treatment centres and hospital facilities.

Dr Adham, who is Tenggara MP, also informed that 278,023 permanent medical officer positions and more than 40,000 contract ones had been approved up to April 30 this year.

The “ceasefire” was short-lived though, as things heated up again when the Opposition MPs began questioning Dr Adham during his winding up session on the use of the Ivermectin drug to treat Covid-19 patients.

If the sitting’s morning session was turbulent over legal and constitutional affairs, the one after lunch break was mainly centred on medical issues, among them Covid-19 treatment, additional facilities in government hospitals and mass Covid-19 testing.

The Health Minister continued to be bombarded on the use of Ivermectin, but Dr Adham, a medical doctor himself, stood his ground by saying that the drug must undergo prior clinical trials to gauge its efficacy and for side effects.

A total of 18 MPs comprising nine backbenchers, eight from the Opposition and one Independent who participated in the debates generally raised matters related to Covid-19.

Issues such as field hospitals, increasing hospital capacity and lack of beds in the Emergency Treatment Unit were also broached by the MPs.

Dr Adham, during the winding up, also gave his assurance that no disciplinary action will be taken against the doctors who participated in the peaceful “Hartal Doktor Kontrak” protest yesterday, and also gave his commitment on efforts to table amendments to the Pension Act 1980 and the Medical Act 1971 that will enable contract doctors to be absorbed into permanent positions within two years.