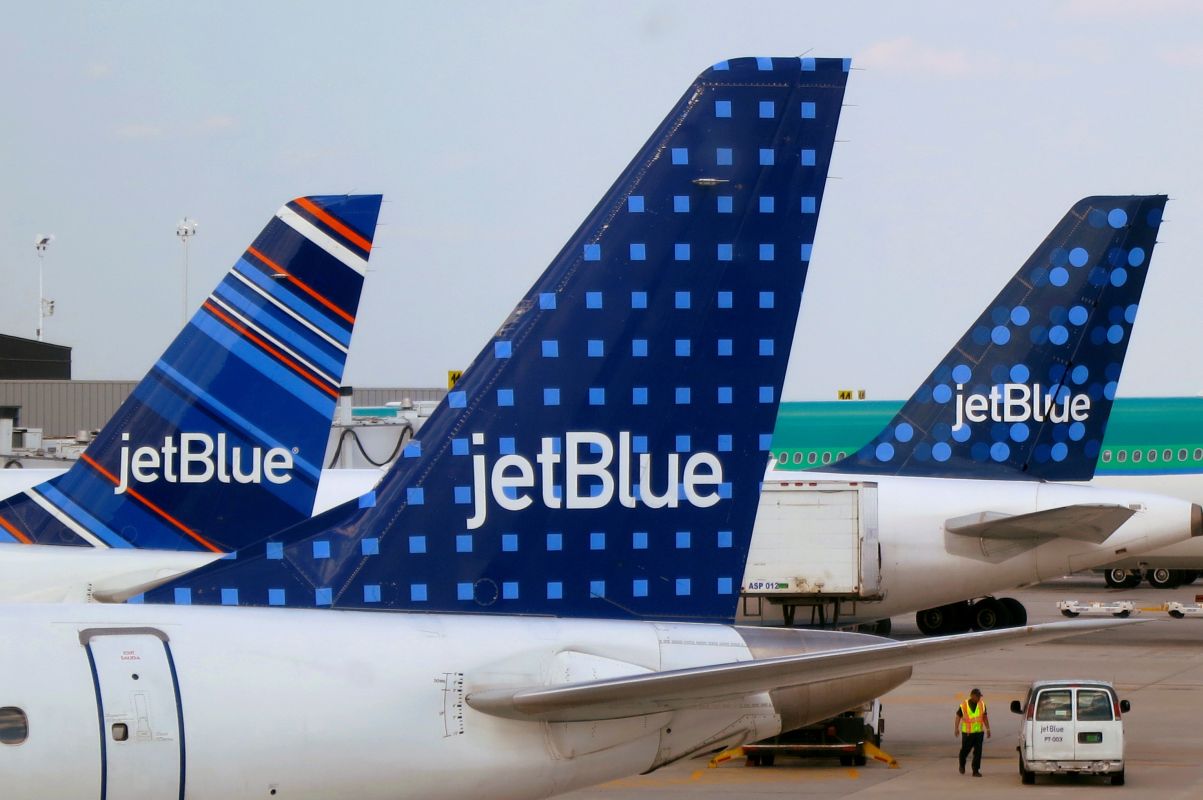 (Aug 12): JetBlue Airways Corp started transatlantic flights between New York and London on Wednesday, planning to grab market share with low fares and drive a recovery on what is usually one of the world's busiest and most lucrative international routes.

Transatlantic travel remains partially shut as the United States is still not allowing most travelers from Britain into the country because of the coronavirus pandemic. Anyone who does enter, including US citizens, must present a negative Covid-19 test.

The UK only opened to fully vaccinated US travellers earlier in August.

But New York-based JetBlue pressed ahead with the start of its daily John F Kennedy (JFK) Airport to Heathrow service, counting on its new Airbus A321LR jets, a longer-range variant of the A321neo, to underpin profits.

Fares for JetBlue's Mint class, which features 24 lie-flat private suites, will start at US$1,979 and 999 pounds, significantly cheaper than traditional prices by rivals, while round-trip economy tickets will start at US$599 for US travellers.

Speaking at JFK before the first departure, JetBlue Chief Executive Robin Hayes said the launch was already driving a price war, with fares between New York and London falling since its flights went on sale.

"JetBlue is responsible for that," he said.

UK-based airlines British Airways and Virgin Atlantic are struggling in the pandemic because unlike US rivals American Airlines, Delta Air Lines and United Airlines, they do not have a large, buoyant domestic market to fall back on.

JetBlue, which plans to add flights to London's Gatwick in late September and between Boston and London next year, was more affected than other US airlines during the pandemic because its hub airports were heavily affected by lockdowns.

As domestic Covid-19 restrictions ease, it has seen an increase in revenues. It hopes its London service will provide a further boost and that it will fare better than other low-cost carriers that have tried and failed to conquer the transatlantic in the past.