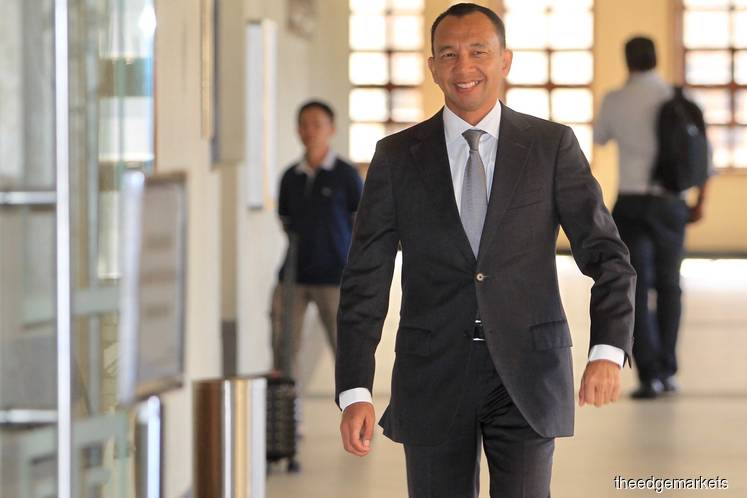 KUALA LUMPUR (Feb 27): The High Court heard that businessman Low Taek Jho (Jho Low) had referred to former prime minister Datuk Seri Najib Razak as his “boss” when dealing with sums of money totalling RM170 million that were transferred in and out of Putrajaya Perdana Bhd’s (PPB) subsidiaries from SRC International Sdn Bhd.

Testifying in the SRC trial, Datuk Rosman Abdullah told Justice Mohd Nazlan Mohd Ghazali that Jho Low had informed him that RM27 million out of the RM170 million would go into an AmPrivate Banking 1MY account, which he later learned belonged to Najib.

The witness said Jho Low told him that the RM170 million was an advance from SRC for a contract that the now-fugitive businessman was negotiating to be entered into by Putra Perdana Construction Sdn Bhd (PPC), a subsidiary of PPB.

Rosman said the agreement turned out to be a sham, formulated by Jho Low for the purpose of covering the money trail.

During cross-examination by appointed prosecutor Datuk V Sithambaram, the witness said Jho Low had asked him to inform him once the transfer was done so that he could inform his “boss”.

Sithambaram: He asked you to inform him so that he could inform his boss.

Rosman: Yes, that's what he said.

Sithambaram: When Jho Low mentioned boss at the time, you knew that he was referring to Datuk Seri Najib.

Sithambaram: And you also knew from Datuk Azlin (Najib’s former principal private secretary who died in 2015) that Jho Low had a direct contact or 'hubungan terus' (direct connection) with Datuk Seri Najib.

Rosman testified that at the time, PPB was under Jho Low's control via UBG Bhd, so he did not have a say in the matter.

Cendana Destini Sdn Bhd, a company controlled by Rosman, had entered into a share sale agreement to acquire 100% interest in PPB from UBG for RM240 million, which was completed in April 2015.

He confirmed that the RM170 million was transferred via three tranches of RM35 million, RM105 million and RM30 million between July and August 2014.

Out of the RM35 million, RM32 million was transferred to Najib's AmBank account — first RM27 million and later another RM5 million.

Rosman said at the material time, he did not know that the AmBank accounts belonged to Najib and was "shocked" to see media reports alleging that the accounts were the former premier's during his four-day remand by the Malaysian Anti-Corruption Commission (MACC) in July 2015.

Najib has been charged with seven counts of abuse of power, criminal breach of trust, and money laundering in relation to RM42 million allegedly misappropriated from SRC.