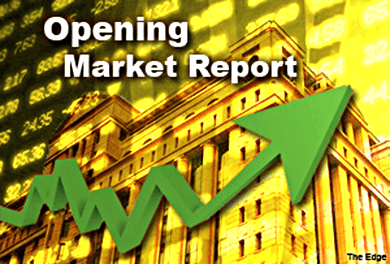 Asian shares dipped in early trading on Monday after a weak performance on Wall Street, though China's latest stimulus to shore up the world's second-largest economy was likely to underpin sentiment, according to Reuters.

China's central bank on Sunday cut the amount of cash that banks must hold as reserves, the second industry-wide cut in two months, adding more liquidity to bolster slowing growth, it said.

BIMB Securities in a market preview today said that in Asia, except for China there were hints of foreign selling as markets across the region closed mostly lower last Friday.

Locally, it said the FBM KLCI lost 2.08 points to close at 1,845.86 as the local bourse remained stuck in a tight trading band despite the presence of some foreign buying.

“Today we can expect some spillover effects from China following People’s Bank Of China’s move to cut its RRR by 1% to 18.5% estimated to release RMB1 trillion into the market hence may see some fresh catalysts with the FBM KLCI to re-test the 1,850 levels,” it said.