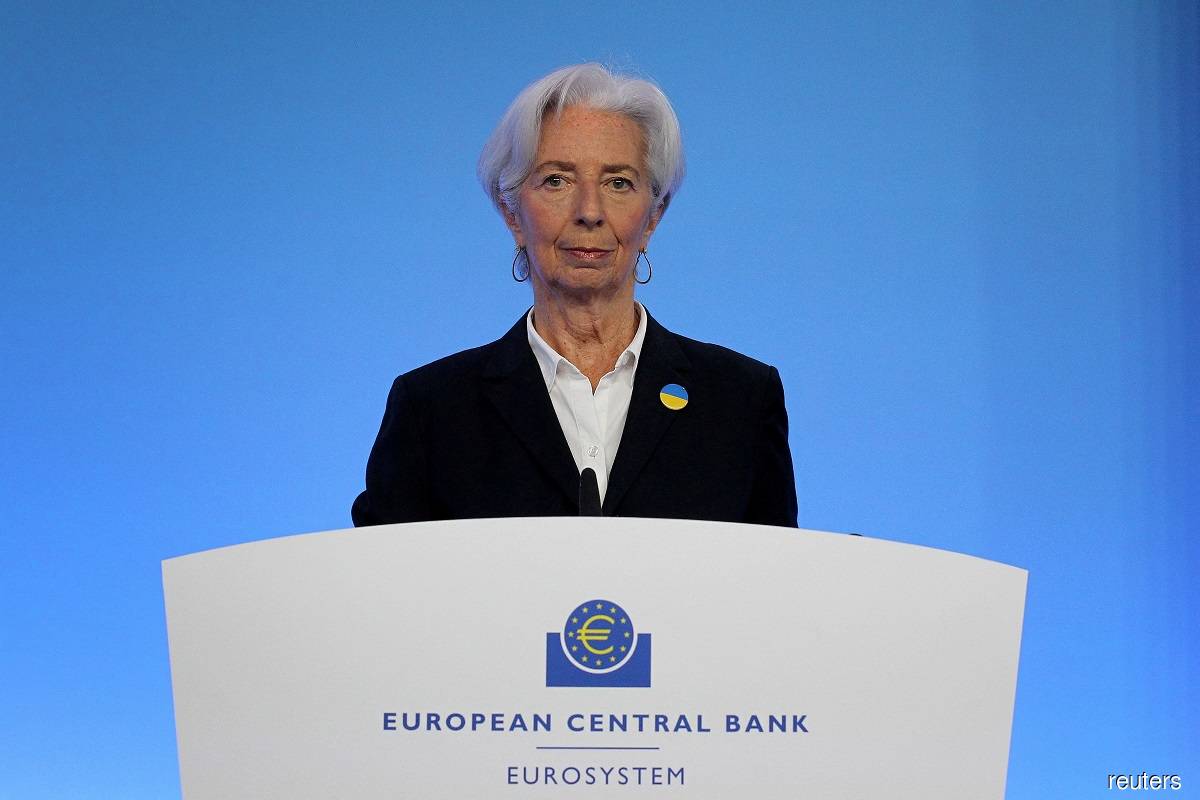 "In this current, very volatile environment, it's important that fiscal measures be put in place to provide liquidity to solvent energy-market participants, in particular utility firms," Lagarde told a news conference on Friday in Prague.

"As far as the ECB is concerned, and the national central banks of the Eurosystem, of course we stand ready to provide liquidity to banks, not to energy utility firms," she said.

The war in Ukraine has sent the cost of natural gas skyrocketing, causing havoc on European energy markets. In the UK, the Treasury and Bank of England this week launched a £40 billion (RM208.28 billion) fund to provide energy traders with liquidity to deal with massive margin calls.

European Union energy ministers are discussing price caps on all imported gas as a way of stemming a crisis that intensified last week when Russia's Gazprom PJSC halted gas flows on the Nord Stream pipeline to Germany. With gas futures almost four times higher than a year ago and rising energy prices rocking companies, margin calls have surged to unsustainable levels.

Germany's largest gas importer Uniper SE has already received billions in aid and extended credit lines from the state bank KfW to keep it from collapsing. On Friday, VNG AG, a subsidiary of utility EnBW AG, also requested help from the government as its trading unit is being squeezed by significantly higher prices.

In Europe's largest economy alone, around 25 companies have signalled they may need to tap another bailout programme, according to the German Economy Ministry.

The ECB has long argued that it is not in a position to provide emergency funding to energy traders. In April, it turned down a request to set up a fund so that exchanges and clearing members would be backstopped in event of a default, although it said emergency liquidity assistance from national central banks may be possible.

On Friday, Lagarde said the ECB can help lenders that act as clearing members for energy firms, but warned against "watering down the prudential requirements for clearing houses and derivative counterparties".

"Ideally, at the EU level, member states should adopt a collective approach," Lagarde said. "I believe that the commission is working in that direction, which is very welcome."