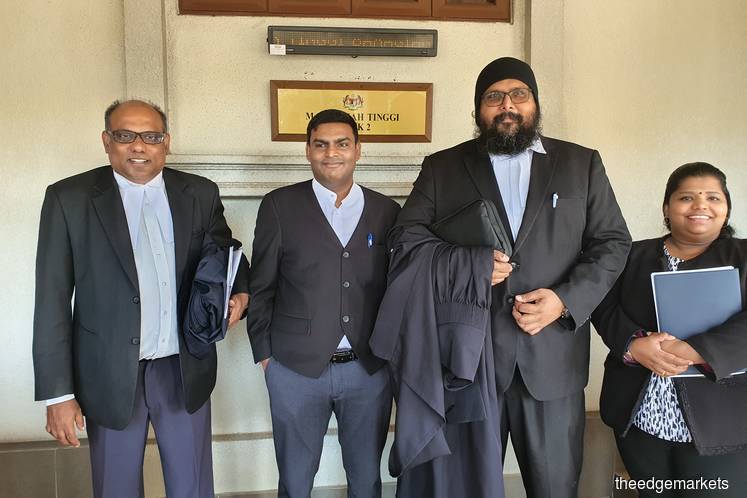 KUALA LUMPUR (Feb 27): A lawyer failed to challenge the government's imposition of a levy on Malaysians travelling overseas.

The High Court dismissed the challenge brought by R Kenghadaran, who named the Finance Minister and the government as defendants.

Justice Datuk Seri Mariana Yahya made her verdict in chambers, saying the court was bound by the decision of the Federal Court in the cases of Damansara MP Tony Pua and Loh Wai Kong, where it ruled that the right to travel abroad was not an absolute right.

The judge said in terms of the right to travel overseas, the High Court was tied to the apex court’s judgements in the two cases.

In the Loh case, the Federal Court ruled that the right to travel abroad is not absolute and this was upheld in Pua’s case, where he was also refused leave to appeal against the Immigration director-general’s instructions to ban him from travelling abroad.

Lawyer A Srimurugan confirmed today's decision, saying no order is made as to costs.

However, he has been instructed to appeal the decision.

It was reported that Kenghadaran, who was a former Hindraf leader and a detainee under the Internal Security Act, had named the Finance Minister and government as respondents in the suit he filed last August to challenge the imposition of the levy.

Passengers flying on classes except economy to Asean destinations, meanwhile, would pay a departure levy of RM50 and those flying to destinations beyond Asean would pay RM150.

The levy was imposed last September.

Srimurugan, in his submissions last month, said Article 96, which was used in the imposition of the levy, can be unconstitutional if it violates the civil liberties of Malaysians as it deprives a person of his or her liberty partially and infringes fundamental rights.

“The phrase ‘personal liberty’ in Article 5(1) of the Federal Constitution should be read prismatically and liberally, it encompasses the right to travel abroad,” he said.

However, senior federal counsel Suzana Atan told the court that the right to travel abroad is not a constitutional right as the government could impose restrictions in the form of taxes.

She added that the Departure Levy Act 2019, which was gazetted in July last year after it was tabled in November 2018, is good law based on Article 96 of the Federal Constitution.

Read also: Challenge to departure tax constitutionality to be decided on Feb 27