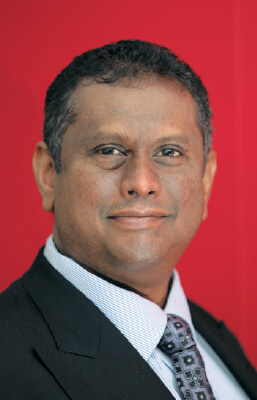 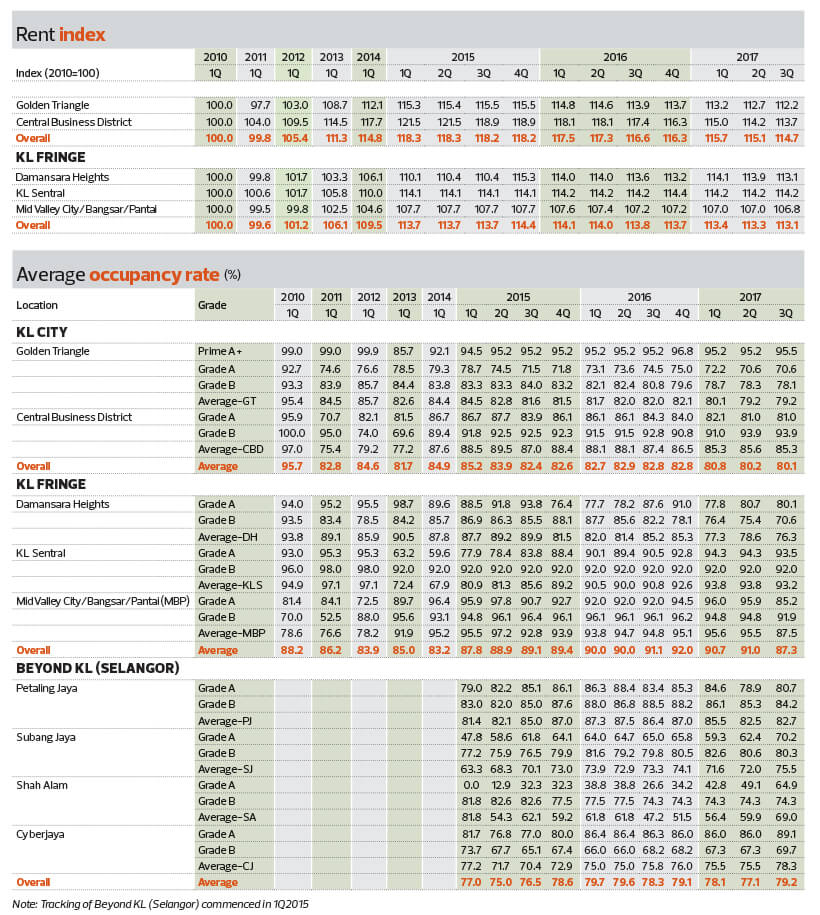 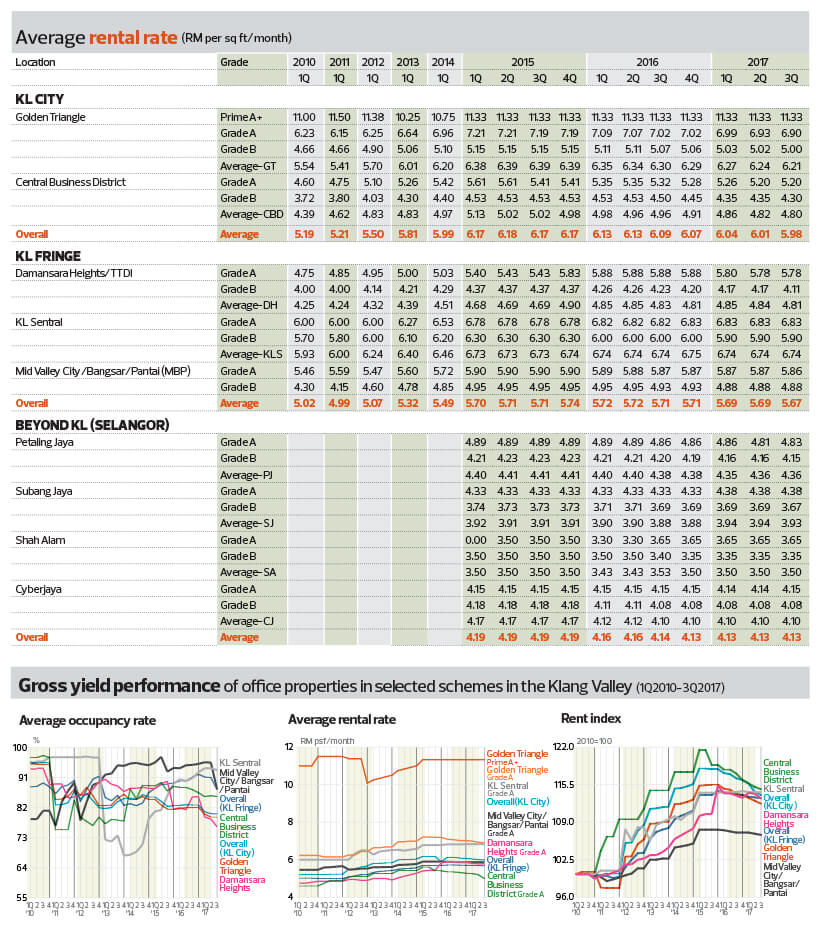 The office market in Kuala Lumpur — which comprises KL City and KL Fringe — and Beyond KL (Selangor) was sluggish in 3Q2017 as net absorption remained low while supply stayed high. “We observed a relatively quiet period for absorption as some companies continued to optimise office space. Absorption of office space is calculated based on the difference between total office space occupied during the quarter and the previous quarter,” says Knight Frank Malaysia managing director Sarkunan Subramaniam in presenting The Edge/Knight Frank Klang Valley Office Monitor (3Q2017).

“This growing mismatch continues to exert pressure on overall rental and occupancy levels in KL City and KL Fringe,” he says.

“In contrast, the overall office market in Beyond KL appears to have held better due to the limited availability of good grade office space at competitive rental rates, which are attractive to both multinational companies and local firms, and this is further supported by improved mobility via the expanding rail infrastructure network in Greater Klang Valley.”

“In 3Q2017, Beyond KL performed better than KL City and KL Fringe due to several notable office-building take-ups such as SunGeo Tower and Quill 18 (Block B) and one notable sale of an office building (Block 11B of Star Central),” says Sarkunan. “Established and upcoming office locations along transport routes remain popular with tenants and office occupiers.” According to Sarkunan, there was a boom in co-working operators in 3Q2017. “Mastery-

“3Q2017 continued to be a strong tenant’s market with no major changes in the office market’s performance,” he adds.

Demand for well-located, good grade, dual-compliant office buildings is expected to remain firm. “Dual-compliant buildings that come with MSC status and green accreditation may continue to be in good demand. Leasing activities in sectors such as shared services and e-commerce have been positive,” says Sarkunan.

Dated buildings may undergo repositioning. “Amid growing challenges in the tenant-favoured office market, there may be opportunities for dated buildings to undergo repositioning and redevelopment to match market demand,” he says. “For example, premises may be converted into hotels or institutions of higher learning such as colleges or universities.”

“Old and dated buildings may struggle to survive in the current challenging office market … unable to compete with new office buildings that offer modern building specifications and value-added features such as green accreditation and MSC status,” adds Sarkunan.

“And with reasonable yields [in comparison with other regional countries], well-located, good grade office buildings will continue to attract investors’ and fund managers’ interest.

Subdued occupancy and rents in 3Q2017

Quarter on quarter, occupancy rates for offices in most areas of KL remained stable. “Similarly, in the locality of Mid Valley City/Bangsar/Pantai, average occupancy dropped noticeably despite new take-ups due to the entry of new stock Tower 3 of KL Eco City with an estimated net lettable area (NLA) of 418,000 sq ft,” explains Sarkunan.

“In Subang Jaya, the overall occupancy rate was marginally up from 72.0% to 75.5%. This follows the positive take-ups in SunGeo Tower as well as Towers 2 and 4 of Puchong Financial Corporate Centre (PFCC). In Cyberjaya, the overall occupancy rate also improved marginally to 78.3% with new take-ups in several buildings, such as Wisma Mustapha Kamal, Quill 18 (Block B) and Bangunan Emerio,” explains Sarkunan.