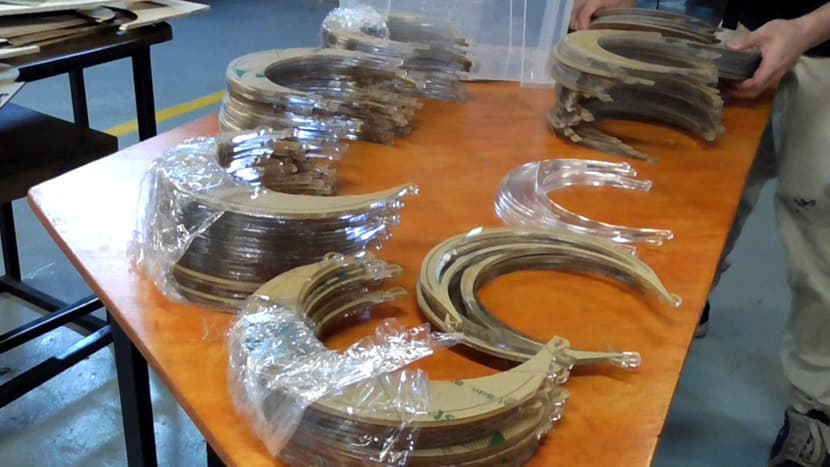 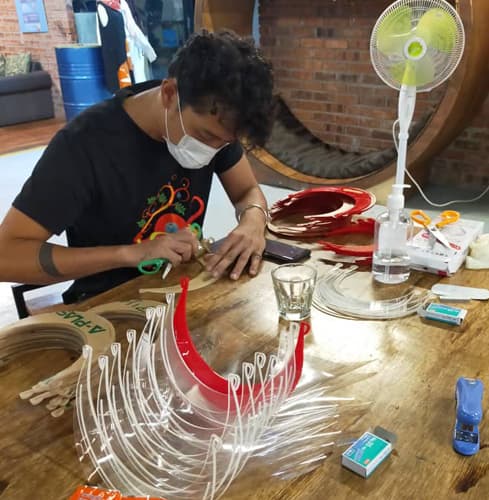 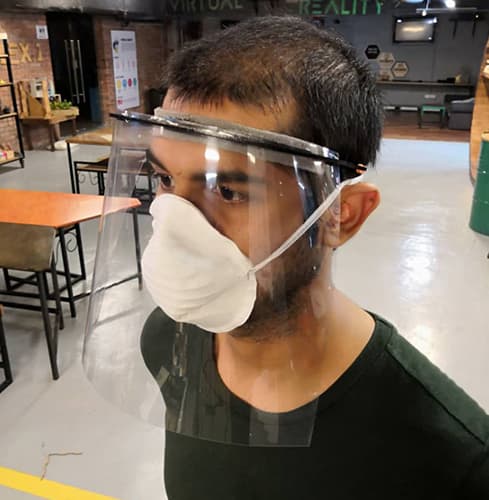 The Biji-biji Group (Biji-biji Initiative, Me.reka and Taylors Me.reka Makerspace) have come together to offer assistance to those working on the frontline to combat the spread of Covid-19.

Biji-biji Initiative CEO Juliana Adam tells Enterprise that people from the group were in contact with doctors desperately pleading to get a hold of personal protective equipment (PPE), specifically face shields. “Since we have a full list of makers and machines, we thought why not try making a prototype,” she says, adding that on Sunday, March 22, the group put out a call on social media for materials.

“People wanted to give us things non-stop. It is overwhelming for the team because we did not expect things to escalate like this and we are humbled at the amount of people who want to help. But the main thing that we need is the acrylic sheet, which is the part that is clipped to a person’s forehead,” says Juliana.

She says they initially 3D-printed the frame for the face shield and it took about 40 minutes to make one. Then, they discovered it was significantly faster to use a laser engraver to create the frame using acrylic sheets — it only took two minutes per piece. But right now, they need funds to purchase more of these sheets.

“We have been fundraising for the laser engraving acrylic sheets since Sunday, so whatever funds we collect will go directly to producing that. We already have suppliers waiting to give us the sheets at their best prices, between RM170 and RM180,” says Juliana.

As at 2pm today, the group had managed to raise almost RM9,103.75, which is still a long way to go from their target of RM128,200. They had also managed to deliver 300 face shields to hospitals as at yesterday and are planning to deliver between 500 and 700 masks after receiving the materials they need.

The high production rate is thanks to the four production facilities, says Juliana, and once its production capacity has been optimised, she hopes the facilities can produce about 1,000 face shields per day. The facilities are ME.REKA at Publika, KL, Taylor’s University Lakeside Campus, Spectrum Laser Studio in Kepong and Admart Solutions in Muar, Johor.

The facility in Kepong has the capability of mass-producing the face shield’s frame as it uses a computer numerical control (CNC) machine, which is typically used for mould-making or cutting using lasers or water jet. Meanwhile, the facility in Johor is producing and distributing it on its own, but the Biji-biji Group provides support as well as the list of hospitals reaching out for assistance.

“There are other makers who are also interested in doing this from Penang, Ipoh, Sabah and Sarawak,” says Juliana.

So far, more than 10 hospitals have approached the group for assistance. Juliana says they are also working with non-governmental organisations such as RumahKita and Pemuda Gema to help produce and distribute the face shields. RumahKita is a collective that was set up recently to connect frontliners to suppliers such as Biji-biji Initiative.

Now, they are in the process of prototyping a ventilation device for frontliners. They put out a call for full face anti-fog and anti-leak diving and snorkelling masks with ventilation tubes. This was one of the PPEs needed that was brought up by doctors.

“We are doing the R&D first for the prototype and we will figure out the rest later. For now, one of our members is printing a different ventilator attachment to see if it works and then build on that,” says Juliana

This Sunday, March 29, Biji-biji Initiative will be part of the “Festival Duduk Rumah”, an online fundraising effort to support frontliners during the restricted movement order (RMO). The concert will be streamed on https://www.facebook.com/FesDuRu from 2pm onwards.

For more information on their efforts and to donate, visit https://mereka.my/protecting-our-frontliners/. Updates are posted on their social media pages, https://www.facebook.com/bijibijiinitiative/ and @bijibiji.initiative on Instagram.