Making a business of surplus food 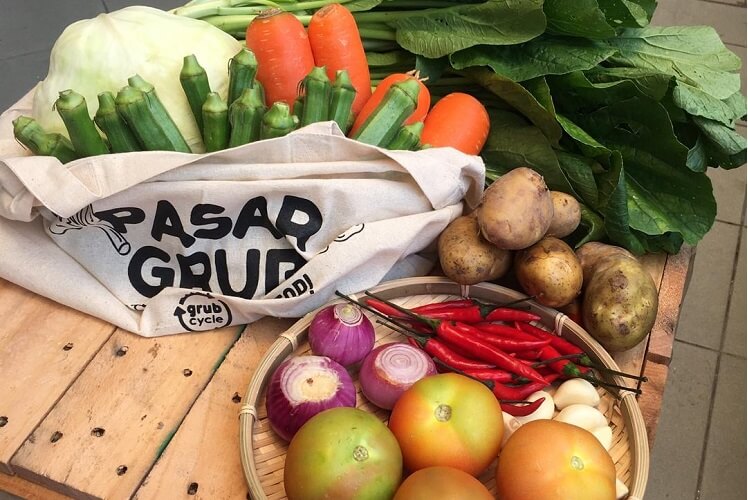 For several months in 2018, Chen Ching Yee woke up at 4:30am every Saturday to collect surplus vegetables from a distributor in Selayang, drove to Subang and set up a stall at a low-cost flat.

Chen was doing this as an operation executive for Grub Cycle, a company that sells surplus food to low-income neighbourhoods weekly through an initiative called Pasar Grub. The company also sells surplus food via an app to the public.

“I eventually got to know the makciks who bought from me. During Hari Raya, they would invite me to their places. That connection is why I kept on doing this,” says Chen, who became the CEO of the company this year. Before this, Chen worked for an international corporation in the food and beverage industry.

“My previous company actually planted the idea in us that we are working for a purpose. Whatever we do is also to improve the lives of others. That’s how I got interested in Grub Cycle, which not only aims to reduce food waste but also help the low-income community.”

Through Pasar Grub, the company sells surplus vegetables that cannot be put on the shelves of supermarkets due to defects in its appearance. The quality of the vegetables, however, is still intact. Grub Cycle collects these vegetables from distributors and sells it at 50% off the market price to low-income households.

“For instance, we have been selling rock melons to these communities in the last few weeks at RM4 per kilo. The skin of the fruits don’t look nice, but they are still edible. The only problem is the market’s negative perception [towards ‘ugly’ fruits],” says Chen.

In fact, it is estimated that half of all produce in the US is thrown away because of minor blemishes, according to a 2016 report in The Guardian. This was occurring even as hunger and poverty were pressing problems. Social enterprises and charitable organisations around the world have emerged to salvage this food waste.

“I didn’t realise this could be a viable business until we got a grant from the National University of Singapore and Alipay [that validated our model]. Another turning point for me was when I applied for the Young Southeast Asian Leaders Initiative (YSEALI) programme. It sponsored me to go to the US and work with groups that are doing the same thing,” she says.

In the US, she saw how local governments supported social enterprises to manage local surplus fruits and vegetables. One of those companies took surplus fruits from private orchards and turned it into dried fruits, jam and juice to be sold.

Food waste is a huge problem globally. The Food and Agriculture Organisation of the United Nations estimates that around one third of the world’s food is wasted every year. According to a study by the National Solid Waste Management Department in 2012, food waste is the biggest contributor to the total volume of waste generated every day in Malaysia.

There are many reasons that contribute to the high amount of food waste. The elimination of “ugly” produce, which cannot fetch a good price in supermarkets, is one factor. Some companies also have to get rid of food that are close to their expiry dates, while bakeries or restaurants want to have fresh products every day. Of course, there are businesses that are cognisant of this problem and donate their surplus products to charities. Some also sell their produce with aesthetic defects to restaurants. Already, bakeries are donating their unsold pastries of the day to charities, selling it at a discount later in the day or extending its life by turning it into crisps.

“Consumers are the ones who have been conditioned to not buy these products [although they are still edible.] Still, a lot of surplus produce is being dumped. One of the reasons is inefficient distribution. Maybe the sellers don’t have the right channels to connect with consumers or they don’t have cold storage, which can be quite expensive,” says Chen.

There is room for more companies to solve this problem, she adds. Some companies could upcycle fruits or extend the shelf life of vegetables by creating dried vegetable products, for instance.

Education is also needed. Chen has been rejected by businesses many times, as the owners are concerned that selling their surplus produce at a reduced price will undercut their business.

“But we need to make them realise that if they have regular customers, they won’t care that much about the price because they can afford it. The discounted [surplus] products will attract other groups of consumers, like students,” she says.

While Grub Cycle’s main focus is currently Pasar Grub, the company also sells surplus vegetables and food on its app for the more affluent consumers. The vegetables sold on the app come from a different distributor and are generally more expensive than the ones sold via Pasar Grub, according to Chen, as the target market is different.

It also has partnerships with some restaurants and cafes like Mikey’s Pizza. Whenever these companies have additional products that they do not want to keep for the next day, they can sell it on Grub Cycle. The app will inform users of how much food waste they’ve prevented with each purchase on the app.

“This year we are more focused on building up Pasar Grub. We have eight locations in the Klang Valley at the moment. For now, our profits can cover our operational costs. The margins are fairly thin with the vegetable business so we need to increase our sales volume,” says Chen.

Going forward, Chen hopes that Grub Cycle can have its own warehouse to store vegetables and target more low-income households with Pasar Grub. “We also want to change the mind set of people as well. All food can be eaten and there shouldn’t be stigma on surplus food,” says Chen.