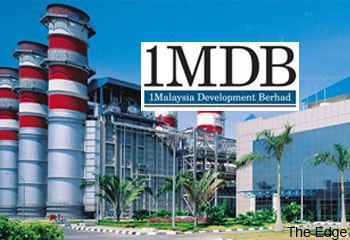 (Sept 18): 1Malaysia Development Bhd. plans to sell as much as 8.4 billion ringgit ($2.6 billion) of Islamic bonds, the world’s biggest offering of sukuk in 2014, said two people familiar with the matter.

The sovereign wealth fund, whose debt has tripled in two years, is seeking approval from the Securities Commission for the sale, said the people who asked not to be named because the information is private. The proceeds will be used to help fund construction of a 2,000 megawatt plant in the state of Negri Sembilan, south of Kuala Lumpur, they said.

1MDB is turning to the ringgit-denominated bond market for only the third time since 2009 as it finances projects that are part of the government’s $444 billion 10-year development program. The company, which is also building a new financial district in Kuala Lumpur, has outstanding debt of 30.6 billion ringgit, according to data compiled by Bloomberg.

The sukuk would be sold by Jimah East Power Sdn., which is 70 percent owned by 1MDB and 30 percent by Japan’s Mitsui & Co. Ltd. Robert Ho, the sovereign wealth fund’s director of corporate communications, couldn’t be immediately reached for comment via phone or e-mail today. A Mitsui official said he couldn’t comment on the matter due to a confidentiality agreement with the Malaysian partner.

AmInvestment Bank Bhd. has been hired as the sole lead arranger and manager, one of the people familiar said. 1MDB’s planned issuance would surpass that of Saudi Electricity Co.’s $2.5 billion sale in April, the biggest sukuk offering so far in 2014.

1MDB came under scrutiny in parliament last year after singling out Goldman Sachs Group Inc. to oversee the sale of $6.5 billion of conventional dollar bonds, which were issued in three separate portions. Opposition politicians said the $500 million the U.S. investment bank made in commissions and trading gains were excessive.

The Kuala Lumpur-based company last tapped the ringgit debt market in February with 1.5 billion ringgit of sukuk split into maturities of seven and 10 years. Those securities weren’t rated by Malaysia’s two ratings assessors. The yield on the 2021 notes climbed six basis points, or 0.06 percentage point, to 4.58 percent this month, according to data compiled by Bloomberg, while the rate on the 2024 bonds held at 4.82 percent.

The sovereign wealth fund delayed an initial public offering of energy assets this month after it failed to submit an application to the Securities Commission by the Sept. 12 deadline for a year-end listing, two people familiar with the matter said Sept. 9. The sale was postponed due to the need to resolve capital structure issues, they said.

1MDB was formerly known as the Terengganu Investment Authority, created in 2009 to invest oil royalties from the northern state of Terengganu. Prime Minister Najib Razak, who is chairman of the company’s advisory board, changed the name later that year and transformed it to a state-owned enterprise.