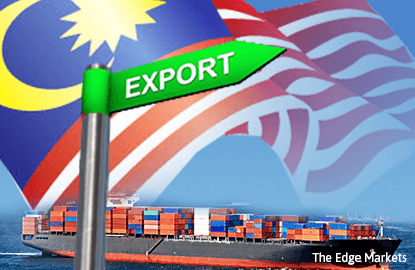 KUALA LUMPUR (March 1): Malaysia's exports likely expanded for a third consecutive month in January, and at its fastest pace in more than a year, according to a Reuters poll.

The median forecast from 10 economists is for January exports to rise 15% from a year earlier, due to a low comparison base and a recovery in commodity prices.

In December, exports rose 10.7% on higher commodity prices and stronger demand for electronic and electrical goods.

The January trade surplus is forecast to narrow to RM8.2 billion (US$1.84 billion), from December's RM8.7 billion.