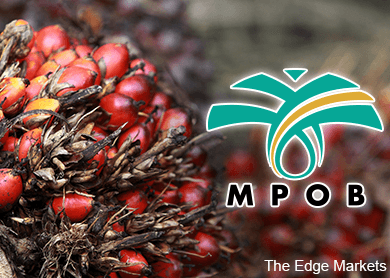 In May, palm oil inventory and exports rose 2.7% and 37.3% respectively while CPO production increased 6.93%.

Earlier, Reuters reported that Malaysian palm oil stocks likely fell in June as exports rose during the Muslim holy month of Ramadan, while lower output at the world's number 2 producer of the tropical oil also helped bring down inventory levels.

A drop in Malaysian stockpiles could prop up benchmark prices of the tropical oil, which hit a six-week low of RM2,132 per tonne on Wednesday amid sharp falls in China's equity and commodity markets and mounting uncertainty over the Greek debt crisis.

CIMB Investment Bank Bhd analyst Ivy Ng wrote in a recent note Malaysian palm oil inventory was expected to drop in June amid an increase in exports and weaker production.

She said the lower inventory in June would support CPO prices in the near term.