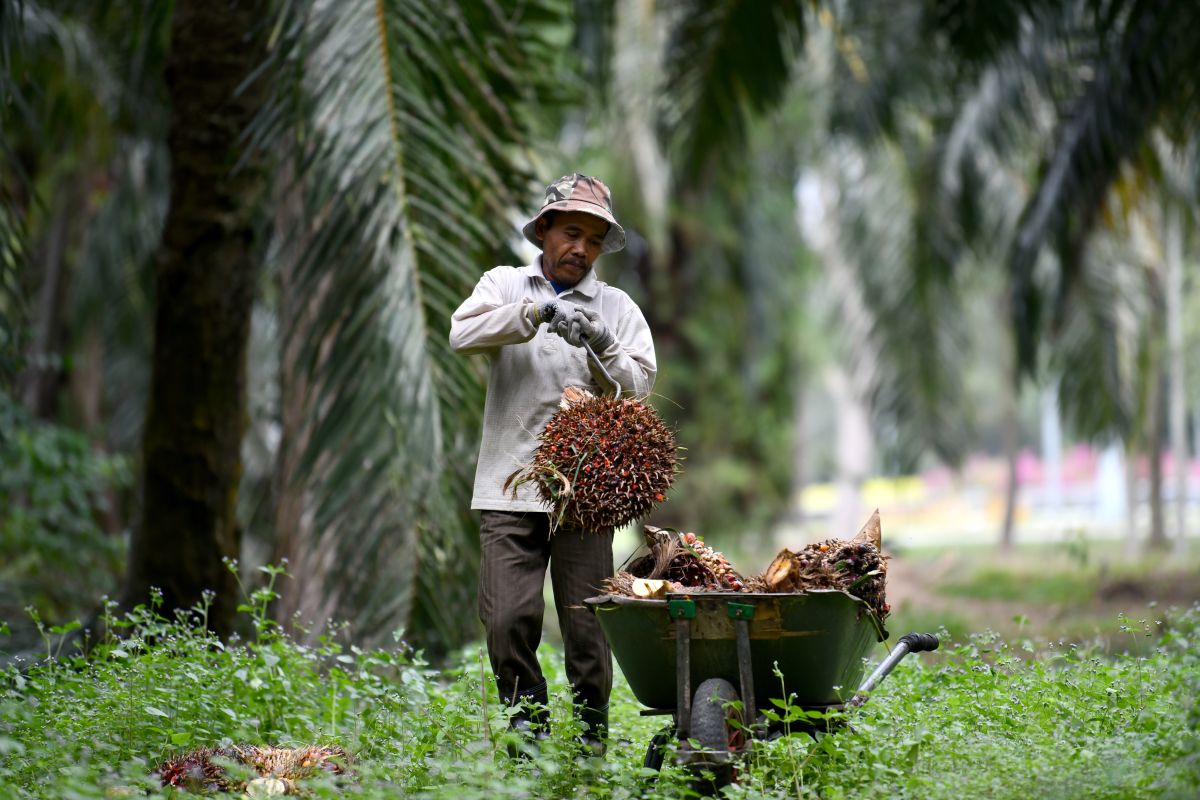 KUALA LUMPUR (Nov 10): Malaysia does not have sufficient manpower for harvesting jobs in the oil palm plantations, said the Ministry of Plantation Industries and Commodities (MPIC).

MPIC undersecretary, Industrial Innovation and Human Capital Division, Syahnaz Akhtar Mat Ali said the Ministry’s efforts to attract local workers for harvesting jobs were hampered by the job scope which was deemed unattractive by the locals.

The negative perception had adversely affected the industry, resulting in players having to seek more foreign labour.

"After asking the government to give special approval, we (commodity sector) managed to get 32,000 (foreign workers), but I think this is still insufficient for the industry players,” he added.

Syahnaz Akhtar said this during the question and answer session at the launch of Nottingham University's ‘Trafficking-in-Persons (TIP) Project Related to the Manufacturing/Palm Oil Industry’ held virtually on Wednesday.

On foreign labour in Sabah and Sarawak, he said that both States had different labour ordinances.

”Due to the different regulations, there is nothing much that we can do since it is happening in Sabah and Sarawak,” Syahnaz Akhtar said.

Meanwhile, Nottingham University had embarked on a five-month research project which started on Aug 30, 2021, and ends on Jan 31, 2022, with support from the British High Commission.

The project aims to enhance third-party and internal auditors’ competency in detecting and reporting incidences of forced labour in the manufacturing and oil palm industry in Malaysia.

It also aims to sensitise employers to the recruitment process of migrant workers and compliance with labour standards to avoid being complicit in human trafficking.

Through the project, internal and third-party auditors will be trained on what constitutes forced labour from the perspective of the Malaysian labour law, the Anti-Trafficking in Persons (Amendment) Act 2010 and International Labour Organisation standards.