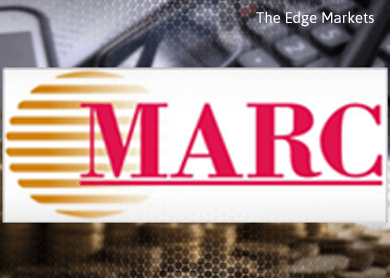 (Apr 24): MARC has affirmed Malaysia’s sovereign rating of AAA with a stable outlook based on its national scale. The AAA rating reflects MARC’s opinion on the sovereign’s ability to meet its local currency obligations. The rating of AAA represents the sovereign’s ordinal ranking of creditworthiness within the country and excludes foreign currency transfer and convertibility risks. It is based solely on an analysis of information in the public domain. Malaysia has no local currency debt rated by MARC.

Supporting Malaysia’s AAA rating is its enviable track record of economic resilience that continues to be underpinned by sound and proactive macroeconomic policies. Over the 2005-2014 period, the Malaysian economy grew at an average rate of 5.0%, even after taking into account the recession in 2009. Growth performance since the Global Financial Crisis (GFC) continues to be primarily domestic-driven as the external sector remains in a relatively underperforming mode. Malaysia’s economic resilience is in part an indication of the successes of its economic diversification efforts, though it should be noted that growth is currently being boosted by the Economic Transformation Programme (ETP), a government-led effort. In the meantime, inflation has been tame, a reflection of Bank Negara Malaysia’s (BNM) credibility and sound monetary policy management. The central bank has managed to balance the risks surrounding the outlook for domestic growth and inflation, and avoided financial imbalances.

Another rating support is Malaysia’s strong and well-supervised banking system. For example, the central bank’s targeted macroprudential policies have to some extent dampened the growth of credit, as well as household debt. The latter has been a concern because a major portion of lending by Malaysian banks is to the household sector (December 2014: 56.9% of total loans). The asset quality of Malaysian banks continued to improve in 2014, even though the overall lending growth trend had moderated. The banking system remains highly capitalised and profitable.

Malaysia’s external finances remain commendably healthy, despite some moderation in recent years. While the Malaysian economy continues to generate current account (CA) surpluses, the surpluses as a percentage of Gross National Income (GNI) have narrowed by more than 70% from levels registered during the GFC years of 2008-2009. The narrowing CA surpluses are, however, not necessarily a bad thing. When viewed from a saving-investment perspective, it reflects the fact that domestic demand has been driving economic growth as the external economic environment remains weak. Meanwhile, BNM’s foreign exchange reserves, which stood at USD115.9 billion as at end-December 2014, is deemed sufficient to cushion any volatile and disruptive portfolio capital flows. Malaysia’s offshore borrowings (i.e. borrowings denominated in foreign currencies) as a percentage of GDP is at a relatively comfortable level of 34.3% (2014), and is not expected to pose any risks. While a large proportion (42.6%) of offshore borrowings is made up of short-term debt, this is due largely to banking sector activity. Meanwhile, the federal government’s share of total offshore borrowings is at a healthy 4.6%.

Rating constraints on Malaysia include persistent annual fiscal deficits, high government debt, as well as rising government guarantees. It should be noted though that the fiscal health of the government has improved; for example, the fiscal deficit has fallen, down from 6.7% of GDP in 2009 to 3.5% in 2014. There are also positive developments, e.g. the abolishment of fuel subsidies, and the implementation of the Goods and Services Tax (GST) on 1st April 2015. However, questions remain over whether the government will be able to achieve a balanced budget by 2020, especially after the collapse of crude oil prices in 2014. The federal government debt level has been sustained at near the self-imposed threshold level of 55% of GDP (2014: 54.5% of GDP). Mitigating this rating constraint is the composition of the debt, the bulk of which (about 95%) is ringgit-denominated. Meanwhile, government guarantees stood at 16.1% of GDP as of end-2014.

The crude oil price collapse of 2014, which triggered a revision of Budget 2015, has starkly driven home the point that the government is being overly dependent on oil and gas revenues. This is a rating concern because of the volatile nature of commodity prices. It is also important to note that Malaysia’s proven oil reserves are expected to last just another 15 years.

Notwithstanding Malaysia’s strong and well-supervised banking system, the high level of household debt is a rating constraint. At 87.9% of GDP (2014), it is a risk factor even if the bulk of household loans are secured. The high household debt level, when juxtaposed against Malaysia’s relatively low GDP per capita and household income, presents a genuine concern. It heightens the risk of further deterioration in household balance sheets that could affect Malaysia’s future growth trajectory to some degree. In addition, the risks coming from high Malaysian household debt become magnified when Malaysia’s moderating pace of economic growth in 2015, as well as ongoing economic uncertainties in the global arena, are taken into consideration.

The stable outlook reflects MARC’s assumptions that there will be no more significant downside in crude oil prices in 2015, and that both domestic and global economic growth will moderate gradually. We also assume that the government remains committed to fiscal-consolidation efforts, as well as efforts to contain direct and indirect public indebtedness. The stable outlook is also based upon expectations of household debt levels to moderate going forward in response to BNM’s macroprudential policy measures.