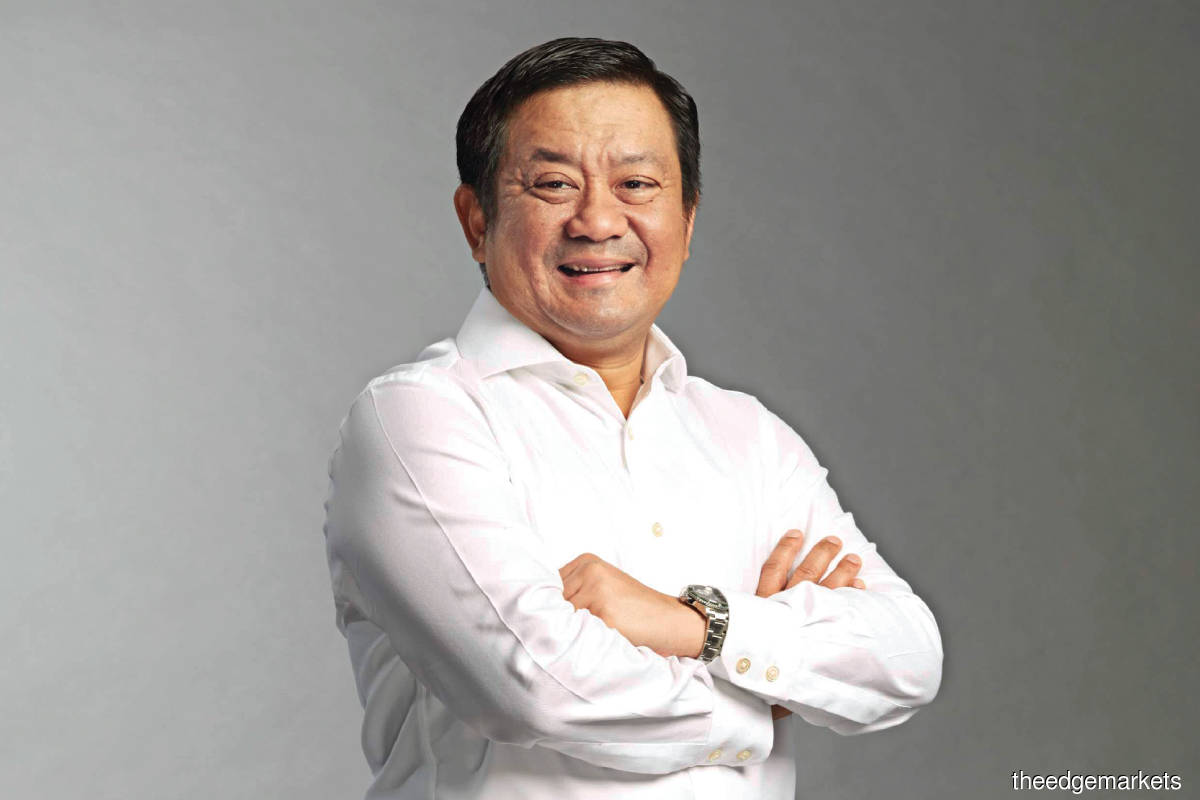 "When we do a partnership, our philosophy is that we must be in control — the reasons being that we want to leverage our experience and knowledge in operating tower companies. We have all the SOPs ready and can easily replicate that in a new market.” — Adlan

AS one of three unicorns in Malaysia, edotco Group Sdn Bhd is in the final leg of achieving its goal to become a global top five tower company by 2024.

In plotting its ascent, the infrastructure arm of Axiata Group Bhd believes the next step should involve further expansion into Southeast Asian markets as well as inorganic growth via acquisitions.

“We essentially need to up our game, positioning ourselves as a global company and for potential listing in time to come,” edotco CEO Adlan Tajudin, who was appointed a year ago, tells The Edge in an interview. “The aspiration for listing is always there. For now, we focus on growing our portfolio. Axiata will make the necessary announcement if there is any listing pipeline.”

Prior to joining edotco, Adlan was chief financial officer and a director of PT XL Axiata Tbk (Indonesia), a unit of Axiata group.

Established in 2012, edotco is ranked in the top 10 of global tower companies. It provides end-to-end solutions in the tower services sector that comprise tower leasing, co-locations, build-to-suit, energy, transmission and operations and maintenance.

On edotco’s target to be in the top five, Adlan says: “There are various parameters we judge ourselves, not just from the tower count perspective. It is about the quality of revenue generation. We need to expand our footprint to Southeast Asia. We are still looking at Thailand, Indonesia and Vietnam, which are the biggest countries in the region with very high demand.”

He believes the timing is right for edotco to expand into Indonesia, which in March liberalised its tower sector further by allowing foreigners to own a majority stake.

“When we do a partnership, our philosophy is that we must be in control — the reasons being that we want to leverage our experience and knowledge in operating tower companies. We have all the SOPs (standard operating procedures) ready and can easily replicate that in a new market.”

For Thailand, he thinks the inflection point has come following the move by local mobile network operators (MNOs) to outsource the building of towers to third parties.

“In the past, the Thai MNOs built towers themselves and there were fewer opportunities for independent tower companies. But we see the opportunities emerging now and it is the right time for edotco to go in.”

Adlan says plans are afoot to acquire smaller tower companies to consolidate the industry. “In Malaysia, for example, there are about 200 NFPs (network facilities providers) and the segment is fragmented. To build our portfolio, we may even acquire towers that have been carved out from MNOs to tower companies,” he says.

Adlan observes that the tower infrastructure industry has become more competitive, as prices of infrastructure assets in Asia have risen significantly as a result of crowding out by private equity (PE) funds. “PE funds want to have a presence in Asia, which is one of the fastest-growing infrastructure places globally.”

To address the competitive landscape, he says, edotco is further optimising its cost structure to make its business more efficient and productive, including a zero-touch operation.

“We want to make sure that we have the lowest cost to serve. We will use technology innovation to minimise people going to the sites — one of the biggest costs.”

With the advancement in 5G, the role of tower infrastructure companies will evolve at the same time. For its part, edotco is spreading its wings to active infrastructure such as fibre and edge computing.

“We need to ensure that our organisation is ready to take up that position. The skill sets required are very different when you move to the active components. So, upskilling and reskilling our people is also an important aspect of our journey towards the global top five goal. We hire more software engineers that in the past.”

edotco has also become more data-driven to stay ahead of its competitors.

“We have a lot of data with us, not just internal data, but we have also built the NaPA (Network and Planning Analytic) tool, which gives visibility in terms of coverage, capacity gap and the speed of certain MNOs in each of the clusters,” Adlan emphasises.

“In addition, it gives us the capability to embark on proactive marketing, instead of being very passive — waiting for orders — as in the past. Now, we can go to the forefront and tell our customers about good sites that they have probably missed out.

“Also, we need to anticipate things to come before they happen. We are building predictive maintenance capability using AI (artificial intelligence) and data.”

“Our role is to facilitate and work with DNB (Digital Nasional Bhd) on the rollout of the infrastructure. 5G operators would probably build more sites. In this case, DNB is not only taking up the co-location space on existing towers, but will require us to build more sites for them to operate the 5G for seamless connectivity.”

Besides that, the pandemic has boosted demand for data and internet, with an average rise of 25% to 50%.

“Because of the pent-up demand, the speed of the internet has come down in certain areas. There needs to be an acceleration in the capacity build-up from the MNOs. Covid-19 has accelerated digitisation and the need for internet services. 5G will eventually lead to higher demand for towers.”

Adlan assures that edotco has ample headroom to borrow for future expansion in view of its debt-to-Ebitda ratio of around 0.8 times.

“Most of our portfolios are revenue-generating. We will continue to build our internal cash. If there is any new expansion or acquisition, I can safely say we can fund it through internal cash and raising debt,” he explains, noting that the cash in hand was slightly more than RM1 billion as at June 2021.

edotco’s earnings before interest, taxes, depreciation and amortisation (Ebitda) fell 0.8% to RM1.095 billion in 2020 from RM1.1 billion in 2019, owing to deferred orders for new rollouts and proactive measures on receivables. This was on the back of a 4% growth in revenue to RM1.9 billion, from RM1.8 billion.

Adlan expects 2022 to be a better year for edotco in anticipation of the higher capex allocated by MNOs for their expansion plans.

“You would probably see quite a decent growth in 2021. And, in 2022, there will be an acceleration in demand from most MNOs.”

While about 54% of edotco’s revenue comes from Axiata, he believes the number will drop as the former continues to expand its footprint.

“When we started in 2013, 100% of revenue was from Axiata. But over the years, we have grown our portfolio to be not solely dependent on Axiata.”

“We target to be a carbon-neutral company by 2030. We have been investing a lot in innovating our products and solutions from the material perspective to make sure that the impact on carbon emission is a little bit less,” Adlan says, adding that the group’s target is to have a tower design with the least carbon emission. “We have a patent on bamboo towers, which have been rolled out in most markets.”