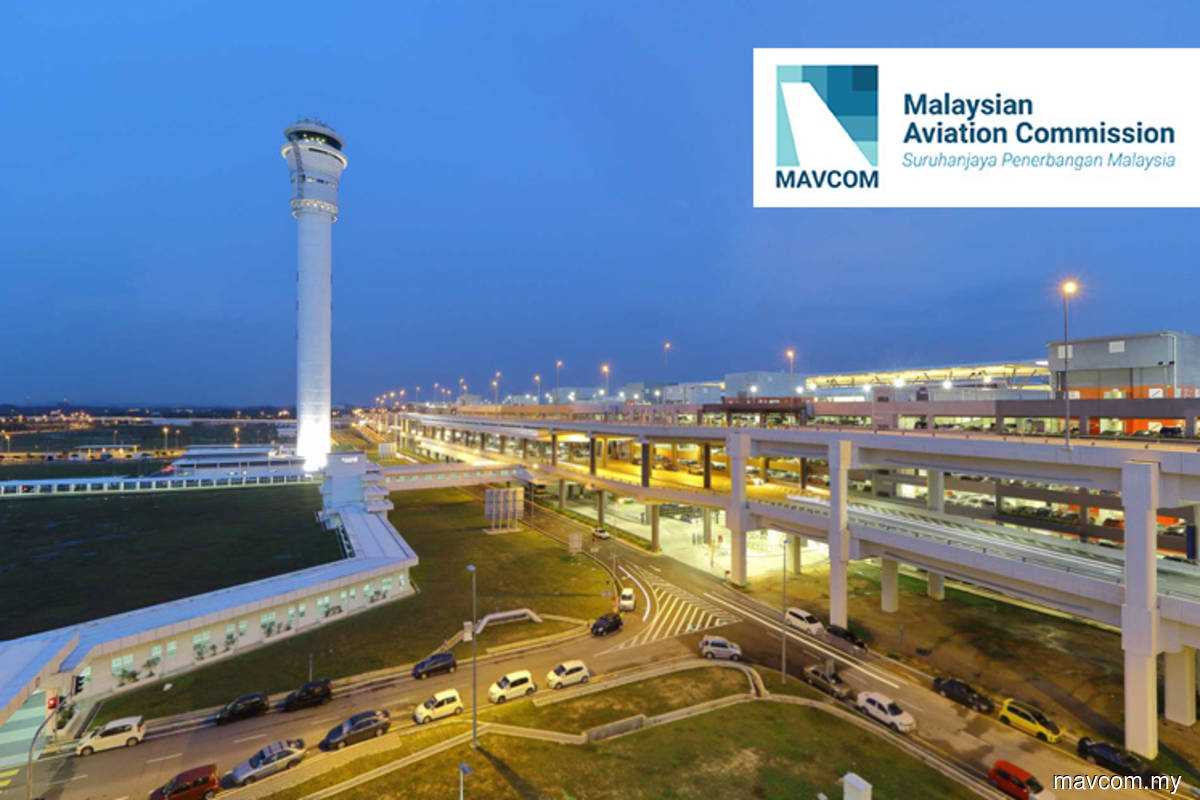 KUALA LUMPUR (Aug 26): The Malaysian Aviation Commission (MAVCOM) has cut its passenger traffic forecast for the year and expects it to contract by between 77% and 80.2% year-on-year (y-o-y), which translates into between 5.3 million and 6.1 million passengers, after taking into account a lower load factor and longer period of seat capacity recovery by airlines.

The new projections are lower than the 18.9 million to 20.6 million passengers predicted in April, which is equivalent to a contraction of between 22.9% and 29.1% y-o-y.

In a statement today, the Malaysian civil aviation regulator noted that despite the drop in passenger traffic, an increase in domestic, short-haul travel is anticipated with the relaxation of movement restrictions for fully vaccinated passengers.

"Despite the ongoing pandemic, MAVCOM reported that Malaysia's main cargo players have undertaken route expansions that may indicate a further increase in Malaysia's cargo volume in the near future.

It also highlighted that international routes received 26 ATR allocations with the largest share of ATR in 1H21 allocated for routes to China at 38.2%, followed by allocations to domestic routes and the ASEAN region at 23.5% each.

MACVOM executive chairman Datuk Seri Saripuddin Kasim said: "The aviation industry continues to be the hardest hit by the Covid-19 pandemic. While future trends indicate potential increase in domestic travel as the nation moves closer to reaching herd immunity and travel restrictions are relaxed for fully vaccinated passengers, the recovery rate of the sector remains uncertain.

"Beyond the pandemic, MAVCOM is working hard, in consultation with industry players, to prepare for the jump-start of the aviation sector.

"Nonetheless, it is crucial for all stakeholders to be prepared for a new market that will be dominated by price-sensitive leisure travellers," he added.

According to him, the commission expects cost containment and reduction to become top priorities for airlines as well as airport operators.